Plans of Mice and Men

Sherry has been bothered by cataracts now for some time. She had planned to get the work done in Florida. We were scheduled to go back that way in September. Her sight is getting so bad she decided to do it locally and before August first. She made an appoint with a local surgeon but he could not do the surgery within her time frame.

Sitting here she asked, do you mind going back to Florida for a few weeks? She knows that is about like asking has a cat got climbing gear. “I’m ready when are we going?” 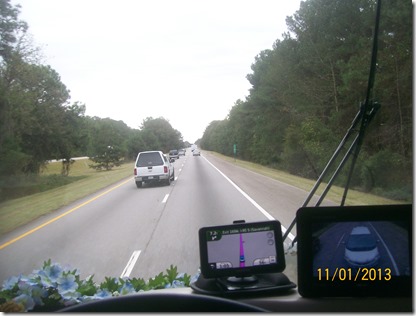 I don’t know, I haven’t made an appointment yet. If you are a Jerry Clower fan you will remember Marcel stopping a train to see if the engineer wanted a possum. The engineer was miffed but since he had stopped the whole train said, “Yes, how big is it?” 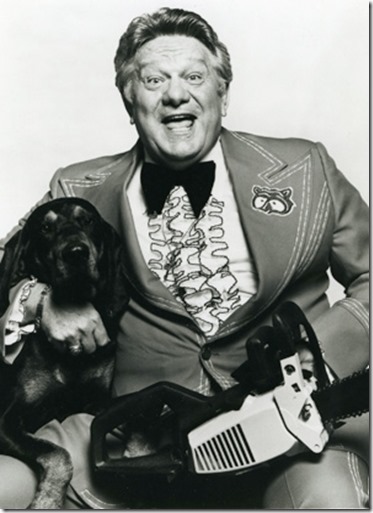 (Jerry Clower, one of my Favorite comedians)

“Don’t know, ain’t caught it yet, I just wanted to know if you wanted one!”

Anyway, that is what I thought of. (Funny how the mind works, in flashed like that.)

She called, and now has an appointment for both eyes. We head back to Florida and the Wildwood area mid July for a few weeks. Then we head for the Badlands.

I am ready to ride. I have caught up with most of my chores, I think!

PS: Elmer, my last Brother in law alive, if asked if he is ready (for whatever), his answer was always, “I WAS BORN READY.”

That is the way I am about a trip. 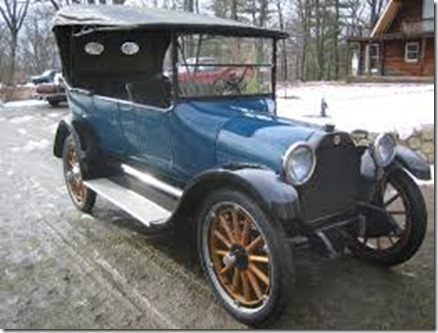 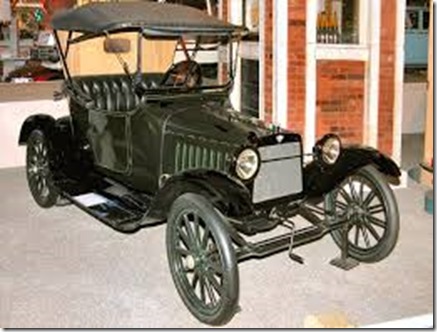 1916 Saxton Roadster(We saw this one in the Henry Ford 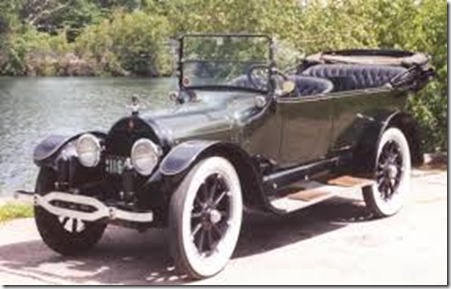 I wish Sherry the very best with her surgery. I know many that have had it and say their eyes are good as new afterward. Hope you have a safe trip and keep cool. Heading for the badlands mid summer sounds a bit on the hot side too. At least in the summer the roads are good for travel just about anywhere you go. Hope you all have a wonderful 4th of July weekend. All is quiet here, except for the neighborhood fireworks!

Hope the surgery goes well for Sherry. I think there is a period of time after surgery that she is not supposed to bend over (to keep the pressure off her eyes). I think that would be hard to remember--I'm always bending over to pick things up, clean things up, etc., etc.
Love the story about Marcel and the 100-car banana train.
I am in awe of people "born ready." I'm the opposite.
It's nice to be "ready." It makes the trip so much more enjoyable.

Good she'll be able to get both eyes done when you guys head back to Florida. Good you are adaptable to change of plans :)

Glad to hear Sherry's getting her eyes done where she's most comfortable. And, in plenty of time to fully enjoy the Badlands!

You know, Jack, I may never listen to Willie's "On the Road Again" without thinking of you and Sherry. :) Stay safe!

Good luck to Sherry and nice that you are so agreeable. I got two new pair of glasses and can't see out of either one. Still using the ones I bought at WalMart.

Hope Sherry's cataract surgery goes well. You two were made for each other.

I bet you have Willie Nelson in your stereo singing " On the Road Again."
You guys are on the road a lot. I think I'd like to travel more.
R

Hope all goes well for Sherry. I'm a fan of Jerry too. Seen him a couple of times when I was younger. Also have a couple of his albums on my ipod. Jeanne Robertson is a new fave. Take care and safe travels! Sheila