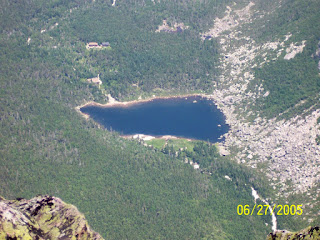 Back in 2005 we summited Mt. Katahdin in Maine. This it th Northern view. from the summit 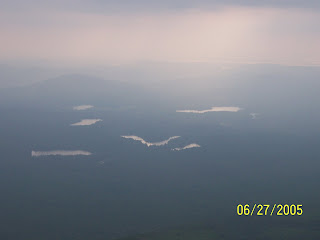 This is the evening Southern view as we started to descend, into the darkness. Fortunately we had flashlights, No sleeping on this mt. it is not allowed. 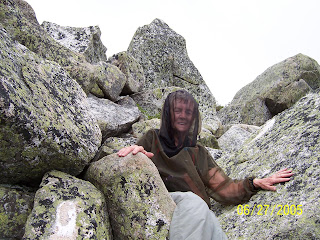 This is coming down,before the other picture was taken. Sherry's body was a life saver for her. 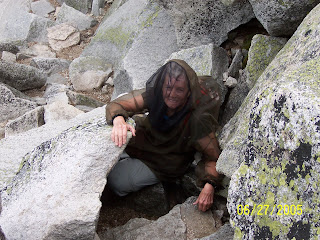 This shot is completely out of sequence, this is ascending Mt. Katahdin. in 2005 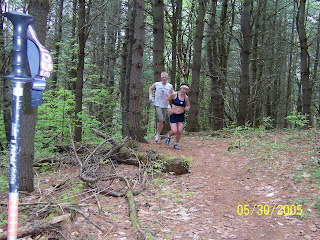 This is Near Dartmouth on the Vermont side. These are Dartmouth students 'running the trail'. Ahhhh for the energy of youth! The AT goes right through Dartmouth University.


What a bunch of bologna! A person gets a law degree, works in court or real estate. He has a good personality; he/she is a good speaker. Folks really like them. Before you know it he is in local politics. Maybe a mayor. The person gets to thinking, ‘ I really don’t like the way things are going. Someone needs to do something. We have too much government and our taxes are too high’, and he finds that folks agree with him.


He runs for office and gets elected. Now he is gonna set the world on fire. Once in congress he finds he must play ball or he will sit in his office and never get to even speak on the floor, much less change some laws. I personally think most folks who go into politics do it to improve the country. But once there realize, 'I cannot do anything unless I play ball.' So they fake it and appear to play ball at first, but the senior politicians have seen this before, they have probably done the same thing.


The Newbie gets to thinking about his retirement, medical, etc. and decides, heck this is a good job. I had better start preparing for re-election. To get re-elected he needs a BIG name to say he is a ‘great guy’, so he plays ball for real, now. He OWES, so his vote goes where his seniors say it goes!

Now I ask you… Is this man a Democrat or a Republican? You cannot tell the difference, he is EITHER!

Now I am not going to continue this journal on politics, this is the last entry for awhile on politics. But while I am here….
I was first a registered Democrat, then I changed to an Independent. AT present I am registered as a Republican.
I am sure my next change will be to the Libertarian or The Whigs, a new party that is gaining strength. Probably have 500 members, which will rock the boat. LOL
We could change Washington, and keep our individual politics. If we could just change the people there! Put new Democrats and new Republicans in. The Newbie would not have to worry about his seniors telling him what to do, they would be gone.

I know that is simplistic, but wouldn’t it be nice.
Oh well, that is the last of my politics for awhile. I feel better. LOL
Thanks for stopping by the log.
Nite Shipslog
PS: You Know You're in a Redneck Church if ...
The finance committee refuses to provide funds for the purchase of a
chandelier because none of the members knows how to play one.


AND...You Know You're in a Redneck Church if ...
people ask, when they
learn that Jesus fed the 5000, whether the two fish
were bass or catfish, and what bait was used to catch 'em.

You just unloaded on politics and I just unloaded on my family, all of them, in Texas. Not sure it was a wise thing to do but I was totally ignored anyway so why not let an old lady say what she feels. I did it and I don't feel so old any more.

Don't forget the wrestlers and bodybuilders Jack! LOL. I love your rants even though they are slightly over my head due to lack of interest in anything political, I can feel your emotion! Geez Sherry, how did you squeeze through??? I need one of those nets for my hat! Beautiful photos from the summit!

Well glad you are off of your soap box. You are
right you have to play the game and that is very sad. Good guys never finish first, somewhere in the middle straddling the fence, and that hurts.

Good morning Jack,
arriving here some years ago, now able to speak, read and write Greek time came to get information about politics over here. It's mostly an exchange between two families, one turn the social, next time the national one. To tell you the truth, so lost interst in politics here as there isn't nearly a month without a scandal. Not so long ago they caught politicians carrying black trash bags filled with more than a million Euro...

Hope today is better for both of us. Just sorry I unloaded aLONG WITH YOU on your blog. I promptly apologized to my grandkids and why in the devid=l do I get those streaks.

Hey Jack...politics sometimes is more than my brain can handle...but it does me good to read the thoughts of others...and yo ain't fat boy..you and Sherry make a beautiful "hiking" couple...such adventures you have...not for me...but it sure makes for great reading...and is the stuff good books are written about LOL...and those Redneck church saying...what a hoot...see you in a week or so...going to the beach!!!! stay safe...have fun...hugs...Ora and the Chaplain...!!!

Jack, I have to tell you, I can not for the life of me see why anyone would think you were not able to walk and climb the trails. You and Sherry look great in all the photos old and new. You 2 go as long as you want or can do. Let the politics go and enjoy yourself.

how high was that mountain?? you guys are so brave for undertaking these hiking adventures

I think maybe every 4 years everyone should have to go and start afresh with newbies in all political offices. that would be an interesting turn of events I think