As some of you are aware TD’s and TS’s (tropical Depressions and Storms) are trying to eat Florida and then block our path going north.  Also in our thoughts is son Mark’s house down in Port Richey, his house is about a 100 yards from the coast line. And yes, he is in a flood zone.  He left here to get on down there to watch over his house.
(Pictures are the last taken in the woods on the last walk. Note the Spanish moss showing the wind build up) 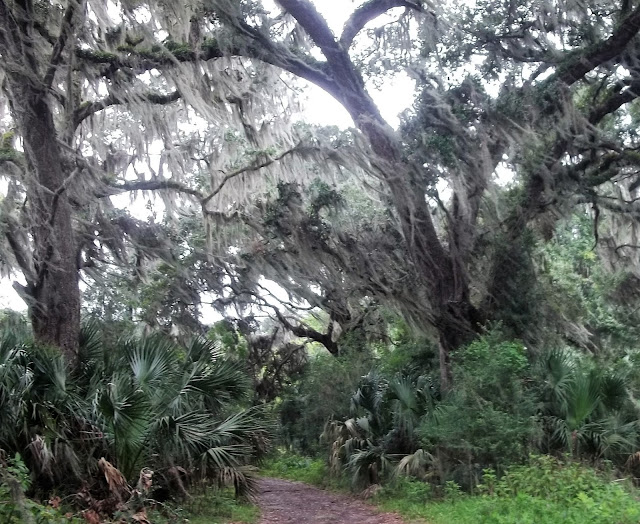 We just heard from him, no flooding in his house.  Hurricane Hermine, has blocked our path to NC. So we are heading south to the Orlando area until after Labor Day.  The storm and its aftermath with Georgia, South and North Carolina should be passed and settled enough for us to head back to Belmont. 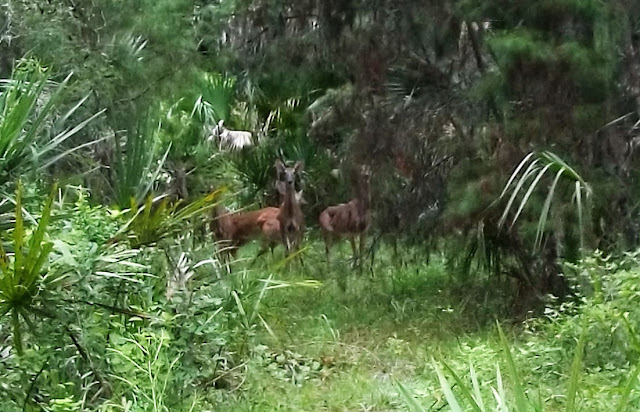 As most folk know, I am now operating on Cochlear implants. I
have a meeting (Sept 10th) with the Med-L folks that produced my implants. I hope to learn how to use these enough to converse on the phone.  Sherry still handles that task.

September, she will do her blood work and physical. First we will attend her 60th High School reunion. Since I am a HS dropout I don’t have to worry about that stuff, but I do attend Sherry's. I like three or four of her classmates. ;-).  My friend Tucker married Rose, one of her classmates, so he usually is there, but has figured a way not to attend this year. 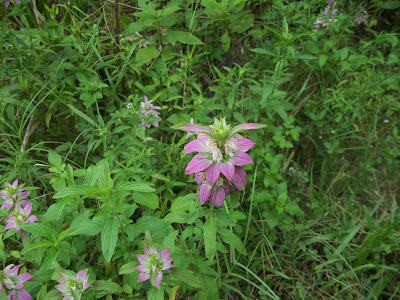 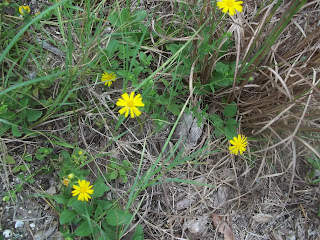 Evelyn, a class mate and a fellow RV’er with Don her hubby will be there. Oh yeah, my girlfriend MaryAnn will be there and I will get some sugar and hugs. She is married now, so I have to be careful.  Once the number of survivors diminishes, dropouts are invited, so my friend Ed will be there.  He and I dropped out to join the military. 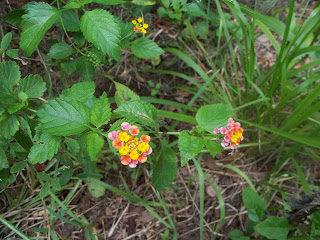 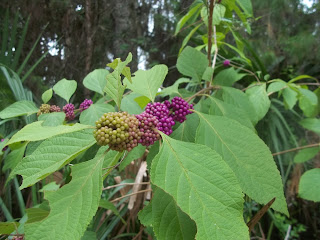 Anyway, our trip north is on hold for a few days. 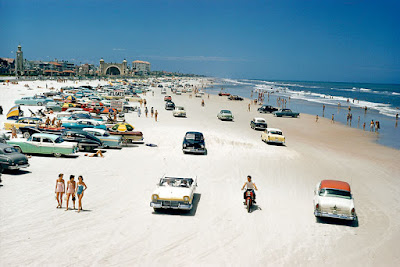 Enjoy Orlando! You will eventually get back here. Dont try to sqwirm your way out of going to the reunion. You and Sherry will have a great time. The only problem Ive had with being a drop out is when someone ask " when did you graduate?" Im stuck for an answer but will just go with the original graduation date since I did get my GED the same year.

Well, good idea to wait it out on the Hurricane! I grew up going to Daytona in the summers. Sometimes Panama City. Loved the wild jungle Florida photo. The sides of A1A looked like that long ago b/w Augustine and Daytona - in between settlements. I guess that was the 60's. Ya'll be safe.

Hope your delay doesn't last to long and that those in the path of the storms don't get too much damage. Meanwhile you have a great place to relax a bit before heading up north. September sounds like a busy time of for you all. Take care !

Stay safe. Storms along the coast can be fierce.

Glad to hear Mark's house so far has been okay. Wise to wait out the storm so to speak and enjoy a few more days in Florida. My mom went to her 50th high school reunion and I think after that they stopped having them since there weren't that many interested in ones past the 50th, so its neat Sherry's group is doing their 60th.

After we had our 60th we didn't have anymore. We had a small class and lots have passed. We are having rain in Belmont and the leaves have started to fall. What is happening about house hunting in Fl.? Come on home....

I'm so relieved to hear y'all opted not to confront Hermine!
... and, that Mark's home isn't in danger.

Sad, ironic: Since moving to Port Charlotte in '81, my mother studiously paid attention to every weather advisory, kept a cache of emergency supplies and even purchased 'assemble yourself' storm shutters. It was always, "WHEN the hurricane comes." Never, ever, "IF."

Well, not 7 months after she passed, I'm sure you recall, Hurricane Charley hit the Gulf Coast, destroying one of her favorite places in the whole wide world, the Village Oyster Bar.

Watching the coverage, my son remarked, "Well, Gram finally got her hurricane."

I'm glad your son's place didn't have damage. Folks who don't live in harms way sometimes don't realize how brutal these storms can be.
It's something you and Sherry will deal with from time to time once you move there. It's the price you pay for living in a beautiful place.
R