OK to Arkansas The Bad adventure the good and bad

We have had a great time (until I just completed this blog entry and did not save it!) But I also picked some rough back roads. This Coach has taken a beating that is for sure.  We are still nursing the slow leaks, Yeah, now both the  outside duals have slow leaks. Must have picked up a nail I cannot find. It is only an aggravation.

The rough roads did allow me to dump both computers off the table.  Oh, and I have only missed two turns, keeping my boys entertained talking about ‘Wrong Way Jack’ , my family nick name. 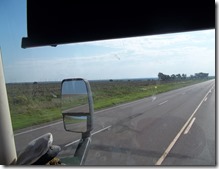 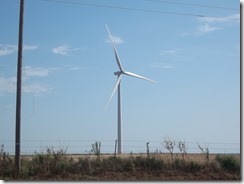 Western OK farm land and Wind farms. WE must have seen 100’s of these farming the prairie winds for electricity. 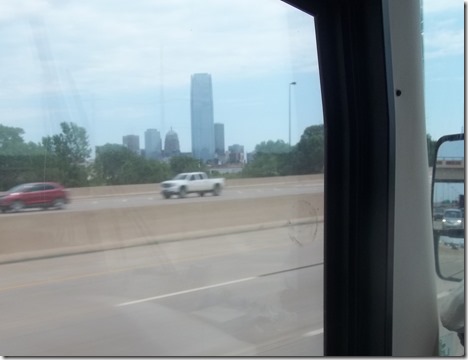 Above is the only Skyline I got of OK City.  Below is an Architectural piece or metal structure over I-40 at OK City. 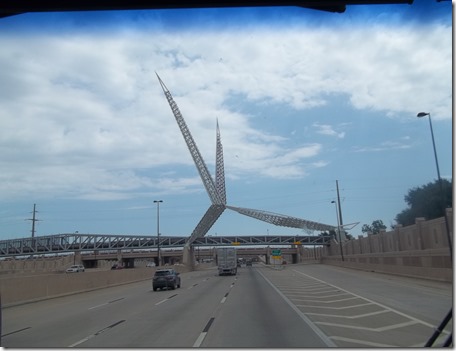 WE passed Tinker Air Force BAse and later the boys wanted to stop and try their luck at a Casino. They lost $5. 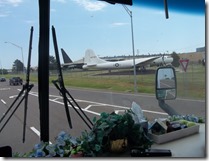 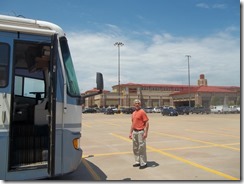 After passing thru many of the Indian Nations of OK, we found Arkansas. 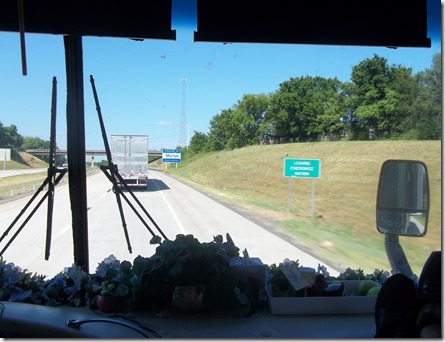 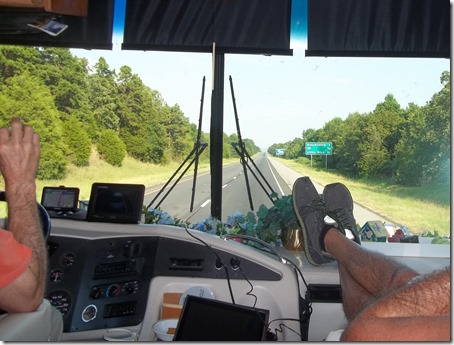 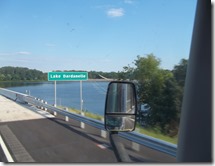 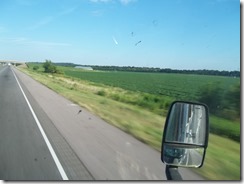 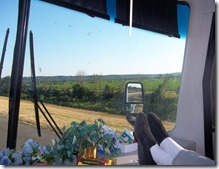 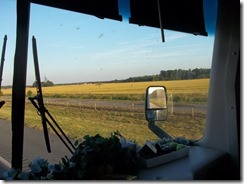 And the further EAst we come, the heavier the traffic. 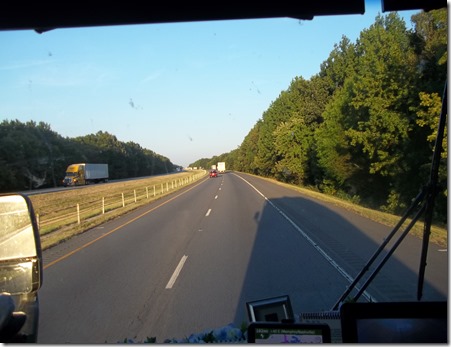 Compared to this shot of Western Oklahoma. 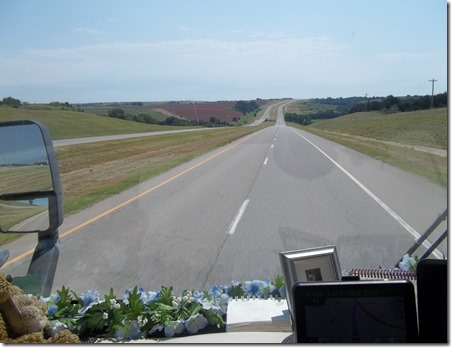 I did barely catch this ‘56 Ford fordor before he got out of site. 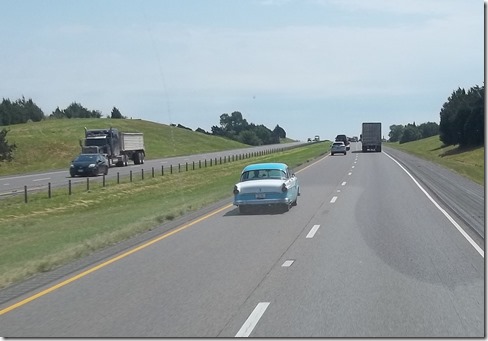 Seems the beautiful sights are unending as travel along. Sure do hope this tires hang in there until you get to a place to have them fixed or replaced as needed. After being on the wide open roads it would be a bit discouraging to get back into the traffic. Enjoy your ride !

Oklahoma was my mama's home state. We're having tire trouble too. Our mechanic told us one of the tires is about to blow and we were planning to drive Old Blue to church Sunday just for fun. My old truck from three trucks ago.

I think you guys will be talking about this trip and its adventures for a long time afterwards and will remember the rough back roads fondly :)

You've shared a wide assortment of scenic pics on the BAD adventure, especially love the mountain views but found these wind farms very interesting. You gotta love having those boys there to take over the wheel, and make other discoveries!!! Hope your tires make it back to NC without too many stops for air. Happy trails!

I know that route well, from Kansas,through Oklahoma, Arkansas, Memphis, Mississippi and into Alabama. It was nice seeing it again. Sheila