I witnessed a REAL IDIOT!

This is the 1941 Graham Hollywood. It was a good car and expensive, but not a great design in my opinion. 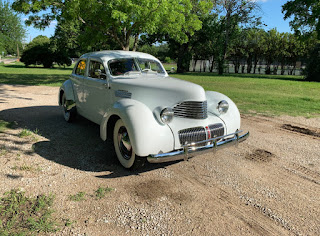 For today: That idiot, but first...

I scanned down the many blogs I have followed and realized so many have left Blogland for brighter pastures. I think it is a habit of mine to try to post something.

I have been around ‘facebook’ a good bit, and it seems too consuming for me. I put a good bit of personal stuff on my blog and don’t worry about it. But it seems when I looked at FB there were a lot of VERY personal stuff and at times small feuds.

That reminds me of an incident we witnessed today. We were in Walmart to get a toaster oven, a blind and a couple curtains. And oh yes those very important tools for housekeeping: Broom, mop and dustpan, LOL.  Just ahead of us I happened to see a young lady woman, SCREAMNG at the clerk and holding an item I would guess was less than $2. 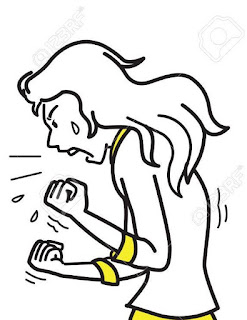 The supervisor came over and the ‘crazy person’ yelled at her. They could not calm her down. She cursed and used several bad words, but never called anyone a NAME.  The clerk put the item aside and gave her a receipt less the item. She grabbed the receipt and about ran over the supervisor with her cart.

The clerk held her cool, was pleasant to us and I complimented her on her ability to stay calm in a hurricane.

I keep thinking is it worth the possibility of being ‘arrested’ over any price controversy in a grocery store?

I have heard of it, but yesterday I actually saw an IDIOT take out her frustration on a young girl doing her job.

Its totally crazy out there these days, Jack! People are going ballistic over the smallest things. Saw a video some lady had posted about being upset that a store manager called the police because several people were shoplifting from his store. The manager was really poised in his response to her why he did it, but she was upset that he did it. So when did stealing become right? I'm trying to wean myself from Facebook and not spend so much time on it. It is addicting.......

I hate to say it, but believe this year of chaos and uncertainty is bringing out the worst in some people. Thank you for being the exception. I'm sure your words to that clerk were like a balm to her morale.
Buckle up and stay away from the idiots!

I think some of it does have to be related to the stress of our times. I also think there are some people with real anger issues. I am always surprised when I see things like that. Glad the clerk was able to recoup!

The sad thing is it was probably something else that really upset the lady but she took out her frustrations on the clerk. So glad the clerk took it well. They dersevse our appreciation for all they do.

I see and hear idiots a lot. People have just lost their minds and are rude. I try to keep in mind that I have no idea what they are going through at home. I also think people need the Lord.

Its crazy in Walmart!
Lisa

I wonder if she has a family...children..that get her screaming fits? Dealing with the public is not a favorite of mine. I've been using the self checkout simply because I can get in and out quicker. Working in surgery all these years I often joke that I like people....under general anesthesia! Have a good last day of Summer although I imagine it's Summer all the time in Florida!

Agree with many of the comments above; there's hostility like never before seen. Mama always said "It's better to have peace than strife" and our world seems to have a lot of strife, and bullies and shootings etc. I get too much Miami news!!! Hugs from Chobee, Glenda