The friend -- the policeman – and REAL life 1937 Ford Convertible, One of the early cars with doors labeled by the public as 'suicide' doors. The reason was they opened into the wind and theoretically could pull an occupant out of the vehicle if opened at a high speed.

I met a friend from my youth in the grocery store awhile back. He was from a family who ‘kicked the kids out (told them it was time to be on their own) once they graduated high school or started working.’  Much like the birds who empty the nest when the young ones can fly. Scot was the only boy I knew who had that background. So he worked in the cotton mill and rented a room in a boarding house down town. (Let me say there is nothing wrong with that philosophy if done with concern and love. I never once heard Scotty complain about his life.)

We pulled our buggies over to the side and just talked. He is now retired is a  Sunday School Teacher at a local Baptist church.  He left the mill and became a licensed plumber and has been successful.

He was telling me about his SS class last week. “You remember Claude Setzer?   Of course I did. He was a mentor and hero of mine. He was also a leading local police officer. I knew his family also. Sherry knew them most of her life.

Scotty went on to say, “Jack I was telling my class of men I had known who displayed the real Christian attitude and went the extra mile last Sunday.” He paused and I could tell it was to keep from crying, “I used to drink too much. You know the beer joints across the Catawba River. I went over there on the weekends. On Saturday night I would drive back across the river after drinking too much. A police car would start tagging along just past the bridge and follow me to the boarding house. When I got out of the car, the driver would tap his horn, wave and drive off.” Scotty said that happened MOST weekends and soon he learned it was Claude. 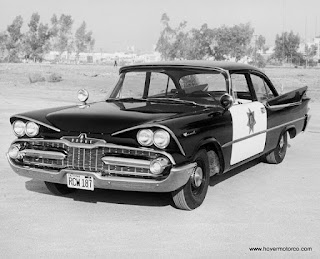 
He continued, “Jack, I met Claude later, out of uniform in Roses and asked him why he didn’t just give me a ticket, he surprised me by saying, ‘it wasn’t necessary, I just wanted to make sure you got home safe. I knew you would know I was behind you and you would try to be very careful.”

It is SWEET (my grandson Stephen’s word) when you learn of noble, Christian attitudes. This is a good country we live in. There are wonderful, unheralded people, it is good to know more about them. Claude and wife Betty have passed on, I still see the family around Belmont and think of Claude.

I think I have heard a similar story - it is a good one with a great lesson.

When My parents were young, if they had too much to drink while out, they could call the police dept and get a ride home. Can you believe that? You had some nice fellows in your class. Blessings, stay safe. xoxo, Susie

There are good people in this world. How wonderful to have a legacy that may not get mentioned in any big way but to be remembered as a good Christian, good neighbor, good police officer, good teacher, just a plain good person. That's what I would call living the good life.

There are wonderful people out there, even nowadays! Thanks for sharing Claude with us!

i want to share my testimony on how Dr.Wealthy help me to get back my husband who left me some months ago we have been married for the past seven years now and no problem between me and my husband, but eight months back my husband suddenly change and be against me, but i am still confusing because i did not no were i have done wrong, but really i love him and we already have a male child and i can not just leave him and go with the child, then i try so hard to make sure that i get him back, i contacted two spell caster but they were not been able to help me, someone introduce to Dr.Wealthy on a blog also this man helped her long time ago, and also gave me his email address, i mail him but i did not get a respond from him on time, after some time i get a respond from him and when i get a respond from him them i explain every thing that is happening between me and my husband to him and he promise to help me out, he told me what to do and also what will be use in casting the spell, then i provide everything he ask of me, after three day time my husband who did not want to see me near him come to me and go on his knee begging me for forgiveness, i have no choice than to forgive him, since months now we have been together with more love and respect, please you will need to get a solution from him in any kind of your problem, he will also help you out in getting your ex lover back to you, email him on: wealthylovespell@gmail.com WHATSAPP +2348105150446 blog; http://wealthyspellhome.over-blog.com

Yes, there are a lot of good people out there, It's nice to hear more about them. Our policemen are the best and we don't appreciate them half enough. How nice to run in to friends that know others you know and share their stories. We need more of that .

This was a great read. Police and people were so much more low key back then. I like the ‘empty” nest philosophy. Now days parents send their kids off to college to get an empty nest.

Love From up here
Lisa

I thoroughly enjoyed reading about your fellow Christian and his story about Claude. It's a great thing having trustworthy and such friendly police officers that do help us out in our times of need. Thanks for sharing another heart-warming story of a ' genuine-as-you ' fellow Christian. God is so good. It's wonderful when someone expresses his kindness out loud...I loved this.
loven'hugs from our chilly north where we've been blessed with about an inch of rain a day. We do need it.

Wow. What a sweet testimonial. Folks like that probably still exist, but I fear they're few and far between. As long as Scotty -- and now you -- continue to tell Claude's story he'll never be forgotten. And isn't that the best one can hope for?