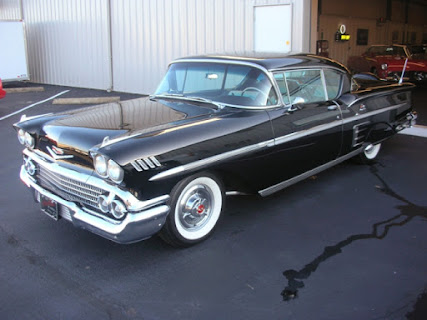 I have so many thoughts as I read other blogs and comments. I want to thank y’all again.

This entry comes from my thoughts along with MA’s blog, ‘What’s New at My House.’  It was the campfires….

I did a blog a few days ago on ‘Me’.  This one includes my BEST half. Before our marriage my girl was never a camper, but for my family, mom & dad had a history of living in tents and in the woods and at times it was out of necessity, driven by the ‘Great Depression.’ So at times, because of their background, we slept in tents, in cars, trucks and many times just on the ground, when we went to the mountains. We called it camping.

In the early 1900s both our families moved to this area due to the cotton Mill jobs. Sherry’s family had raised tobacco in Eastern NC,. My family had raised P-nuts & Corn, in North Georgia. Both families migrated about 200 miles to reach this area, hers from the East mine from the South. They worked in mills that were about 10-15 miles apart.

About 15-16 years after Sherry & I were born we were drawn together because of the same church affiliations. And we married when we were 17-18.

Much to my satisfaction, Sherry took to the camping life like a fish to water. Most of our vacations were in tents, campers, trailers and motor homes.

Traveling was so much of our married lives (military etc) that after retirement there was a yearning to travel. We first bought a small motor home to see if we would like it after tents, tent trailers and travel trailers. We loved it so we took the plunge and bought a 38 foot MH. It wasn’t long until we rented out our properties and hit the road. That was our lifestyle for over 20 years. WE have circled and crisscrossed the USA several times.  WE made most of Canada and Nova Scotia.

We learned over the years that a good campfire attracted people and stories. We met folks who were passing friends, sort like the saying ‘ships that pass in the night.’

WE even ran into people we had met in Florida, camping in Alaska. I know there are good folks everywhere, but it seems that Camping parks, the wild or the woods attract some of the best. Reasons vary and the tales are great.

You tell the sweetest stories. we try to keep our older vehicles in good shape so they last. can't afford the new stuff. But back in the days of Leave it to Beaver which we love and watch, they had the best cars. The car companies advertised so the show was able to use all those beautiful classic cars. You and Sherry remind me of our youngest girl Hannah and her husband Jake. They live in the country and he has taught her how to help cut wood for the winter and they camp. They bought a cute little RV when they first married in 2019. They love the National Parks and travel whenever they can. They meet the most itneresting people. You kids are well traveled. I love the USA so I hope God grants us enough time to see more of it. I hope you both have a wonderful day. Enjoy the new week too. :-)

Cool that both you and Sherry enjoy the "nomad" life Jack! Been awhile since I sat by a camp fire but fun times when I did!

This is another memory that you haven't shared until now. I so love y'all adventurous spirit; and am so happy you two landed in Missouri with young Jackie, Jr. and that irascible Mark. Love y'all to pieces, thank you for the memories and your love for our family, including Aunt Nee and our whole fan-damily. We love you all!!
Hugs from Chobee, Glenda

I'm surprised being in the military and traveling so much that in retirement you would just wanna stay put. But nope huh? I say if you have adventure in your soul, a zest for life and still feel healthy enough then go for it. Enjoy life! Glad Sherry enjoys camping as much as you do. It makes it easier when your spouse enjoys the same things you do. I have never been camping ever, but have always wanted to. Maybe someday.

You are amazing. Thanx for this post. I have learnt so much by visiting your Blog, Jack and Sherry.

I have never been out camping; but I do remember an evening out round a fire singing various hymns and cooking by the fire. Never spent the night in a tent though.

It's been a long time since I sat around a real campfire -- but still remember that wonderful aroma!

I think y'all bring out the best -- not only in one another, but the people you meet along the way. Out of all the ladies in this big old world, aren't you blessed to discover one who enjoys camping? (LOL)

We didn't camp much when I was growing up cuz we had all the animals on the farm to tend to but as an adult, we sure put in our share of time in everything from sleeping on picnic tables under the stars to tents up to a motor home. All of our kids traveled state campgrounds with us every weekend once school was out until it started again in the fall. Just last weekend, we spent time around our youngest son's campfire with his family. There is nothing like cooking over the fire to just watching the flames rise to the stars above. We no longer camp ourselves but we sure have plenty of fond memories. I pray Sherry is back to her bubbly self. Hug her for me.
loven'hugs from up north where we are in full swing harvesting mode. I just filled a gallon crock full of little cucumbers for pickling.

I agree that camping folk are some of the best people around. I met a lot of wonderful people when we camped that I would not have met otherwise. They were all gathered around our campfire at one time or another and shared a lot of good tales ! I only had a small camper and never traveled like you both have, but it's still one of the best times of my life.