Okay they are really motocross bikes in GITMO. 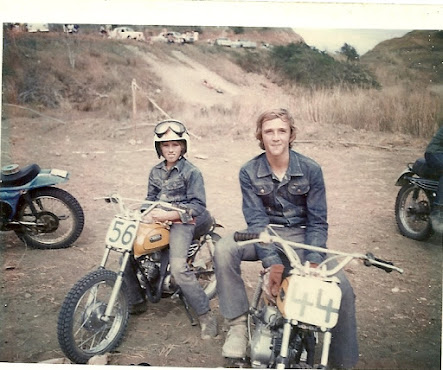 We have been many places in our travels.  Some I would very much like to go back to.  We spent nearly 4 years in Guantanamo Bay, Cuba commonly known as GITMO.  I specifically asked for duty there. I was stationed on the Air Craft Carrier USS Independence when I was given the privilege of selecting any base or ship (that used my specialty) in the world as my next duty station. The skipper asked me if I would consider remaining on his Carrier, I replied, “Yes sir, I would definitely stick around if you allowed my wife to live aboard.”

He laughed, “Petty Officer Darnell, there will never be a woman on a US Navy fighting ship!”  A whole lot he knew huh?

When the skipper saw my choice he said, “WHAT? I can give you Hawaii, Europe, anyplace, we send folks to GITMO as punishment! Why would you want to go there?”

Because I can take my wife and kids and it is considered sea duty.

In my career I had pulled into GITMO for training several times. When I was ashore I saw sailors walking and shopping in the PX with their wives. It looked like a perfect community, so I asked to go there.

It was absolutely the best duty I had in the military. It was actually like a tight community.  We learned to bowl there and the kids did Motocross and sports. The two stores closed at 6PM like they did in my youth, LOL.

Armed forces TV came on about 4PM and off at 11PM.

It is impossible to go back to visit, but I sure would like to.

Myra and our sons have something in common. She spent a lot of her childhood in a Classified Government Controlled area. I understand there too she had the same feelings, a tight community.

Bob Hope came down to visit once.... I had my first chance to see Charlie Pride one of my favorite singers who came with him.... 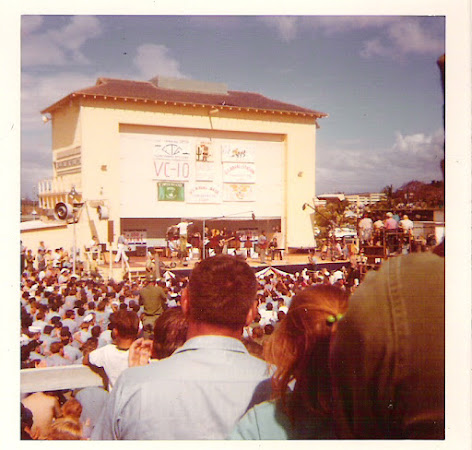 And yes! There is much more to GITMO than a prison.  It is one of the best USN Training Bases, the weather is tropical and beautiful 99% of the time. 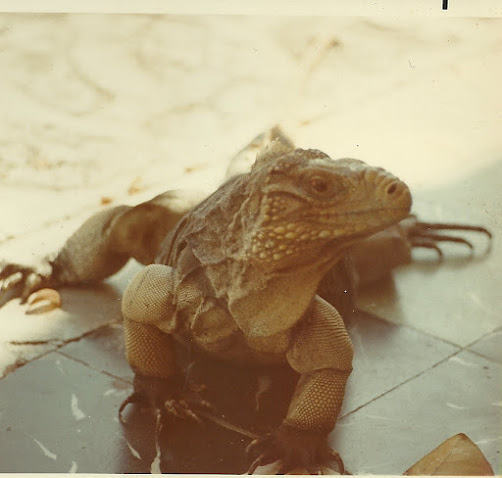 This guy was about 3' long and came to our table begging for food once when we were eating at the Acey Deucy Club. Iguanas were plentiful, sorta like feral cats. LOL

Seemed like a good place to spend those 4 years, Jack! I'm sure it would be so different now these days if you did go for a visit!

Yes, indeed. There are places that hold a special place in our hearts and heads. Unfortunately, I realize were I to go back it wouldn't feel the same; as a result, some of the warm fuzzies would be gone. I don't know, maybe like going on the Universal Studios tour and seeing the facades with grown-up eyes.

I used to love Charlie Pride! Now, I'm going to ask Alexa to play a few of his greatest hits.

Having your family with you had to have been what made it so memorable. Mostly I don't want to go back in time, knowing as I do, the rough times we had to go through to where I am now. I'm just enjoying who and where I am now. Nice though you have those wonderful memories. You were living the perfect life !

Family with us wherever we go, makes life so much more special. I'm so glad you had chosen such an opportunity., and when the kids were so impressionable. You guided them well. The only place I'd like to go back to was the east coast, as I loved the ocean, however, Without the X. LOL I'd love for my guy to see it tho and feel the waves, eat fresh lobster, awww. I loved it.
Love n' hugs from up north WI where it's been hot n' humid. I've been using my inhaler a lot lately but getting the gardening done. Soooo many tomatoes and cucumbers...