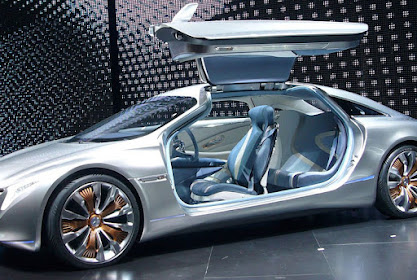 For today (this is not about wigs):

In life we will experience ‘false tops.’

Sherry and I have climbed several hundreds of mountains in 14 different states. When Sherry first decided that WE would hike the AT, I of course, agreed. This wasn’t the first time she made or helped make a big decision for us. BUT it was one of the most significant and long lasting.

(This is Sherry in the Smokies) 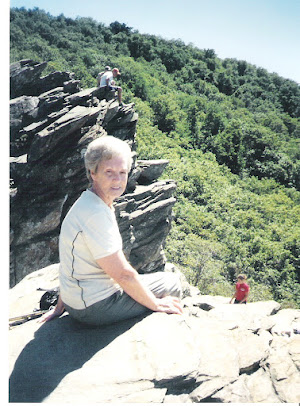 WE had no idea we were joining such a large loosely joined community. We learned that many people wanted to hike the trail. That every year over 2000 hikers had that idea, but like us, most were not able to continuously hike the entire 2190 miles. “THE HIKE” doesn’t get in every hikers blood, but it does in most and a common bond develops.

The one thing we learned, never assume you are at the TOP of a mountain until you can look down all 360 degrees around you.

Looking down at "God's Thumb Print" in Virginia 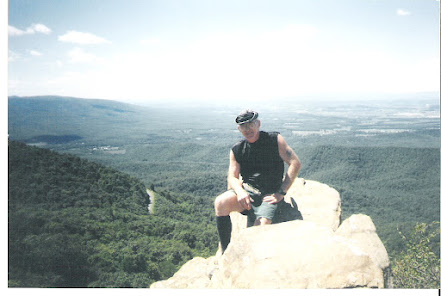 There have been mountains we groaned and hoped we would soon reach the top.  We remember passing a hiker named Mark as we were going down and he was going up Roan Mountain. He was beat and asked “Am I about to the top?”

We could not tell him he was only about half way; we just said, ‘you will make it.’ 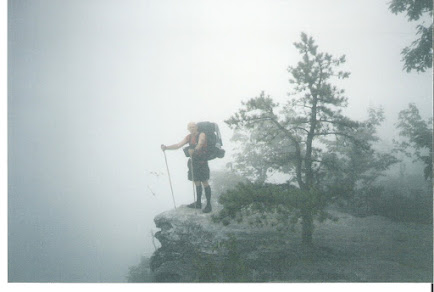 The false top is tough especially if it is raining or the top is covered in clouds.  That was the case of ‘Rocky Top’. We were in such a dense cloud, every time we came to a flat trail I began singing at the top of my voice, the two or three lines of John Denver’s “Rocky Top” that I knew.  I must have did that six or eight times. LOL

In troubled times in our lives, especially with our sons, I have thought, “Thank God that is over!”  But it wasn’t, it was a false top. WE are hoping we are now on the top and everything left is downhill. We really have less ‘things that worry us’ than most folks; we are thankful and grateful.

Imma tell you something you KNOW, some of life is ROCKY (Below is from "Rocksylvania") 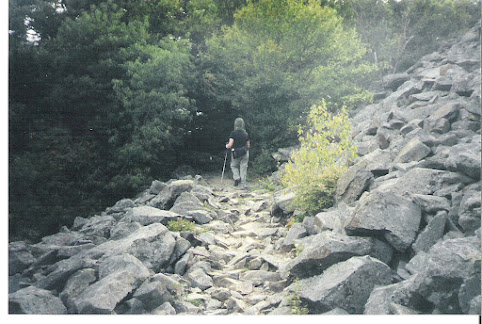 If you look back over your life, I think you will remember some ‘false tops.’

I guess that is life, the ups and downs, and it will continue until it is really over. Nah, don’t think I am depressed, I ain’t. We will celebrate 65 years together next month, I want to see that, I am one lucky son of a gun!

PS: This entry was inspired by MA on her blog. Y’all probably think I don’t have any thoughts of my own but Thank you for yours. LOL

Great life lessons, Jack. No way I can imagine experiencing those vistas, but I appreciate you taking us along for the climb!

Fantastic views you shared!! Life is peaks and valleys I do believe!

Such wise words, Jack. Thank you so much for a valuable lesson often ignored or forgotten by society.

Congratulations on your 65th year with Sherry. Wishing you many more filled with happiness, good health and whatever both of you desire.

65 yrs together loving what you share, is the best Reaching the Top you could ask for. Life is full of every good and some bad but times like '65' together are priceless....just like climbing mountains. You go Jack and Sherry.
loveUGuys from our northern climbs.