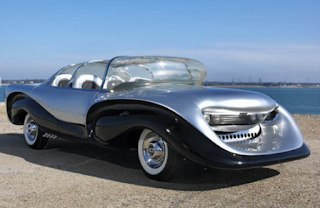 Did a priest build this car with a black collar? 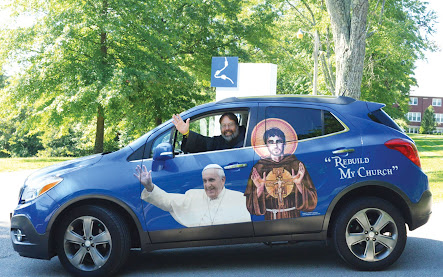 I have read Victor Mubarak’s comments for a long time on other blogs, mainly Myra’s. For a long time I thought him to be a Priest, for some reason.  I get things mixed up a lot. I follow Victor now and enjoy his dedication, humor and wit. Today’s entry is fired by Victor’s entry today on piercings and tattoos. Now I wasn't sure if it was true or a joke, so I checked, it is true.

I have a Shipmate from the USS Independence, Frank Malinowski. It was a pleasant surprise to learn that Frank actually became interested in religion; and after his discharge became what I thought was a priest in the Catholic Church. Later he educated me, it is not the Catholic Church but he is a respected Proto-deacon in the Orthodox Church.

Anyway as I have said; I learn, although very slowly. LOL You see, if you grow up in small town USA, in a conservative protestant church, if one espouses the Gospel, you are still a preacher. LOL

Yep this is about nudity! Our church was so conservative when my sister and I first saw the ocean at 6 and 8 years old, we had to go in the salt water fully dressed, ‘MIXED BATHING’ was a definite SIN. Our church also baptized by immersion, fully clothed some men in their suits. The women had to fight to keep their long dresses down in the water. 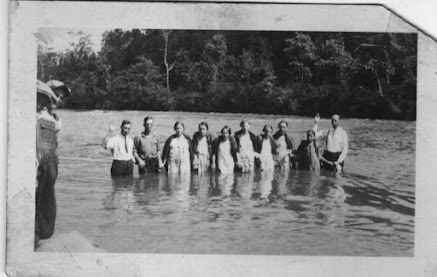 Now to Nudity…… If you have followed USA ‘moral codes’  you will know that many years ago, movie stars of the opposite sex were not allowed to be in bed together on screen, unless there was at least a sheets separation. There was no nudity allowed on SCREEN. Now with ratings G,X etc movies have all kinds of nudity.

When we traveled in Europe I was very surprised to see upper frontal nudity on shows and commercials. Now today it is NEAR impossible for parents to keep their children from viewing nudity and even all manner of sex acts on the internet. I guarantee if I was a teen today I would be sneaking views.

What brought this on was a blog entry of tattoos and piercings. Victor’s description of a TV show over in the UK called ‘Naked Attractions’ where the person selects their date from completely naked partners. He noted there were tattoos and piercings in places he could not mention.

Shucks at times ‘nose’ piercings cause my head to say, “NOT ME!”

What I am reminded of is the statement I have heard, “As Hollywood goes, so goes the nation!” And now in Hollywood it seems that ANYTHING GOES!

Sometimes that is scary……

PS:   Victor isn't a Priest, but he is a very good Religious Writer, even at times, WITTY! ;-).  I will say also he does some great Audio stuff, love that accent!

My husband lived in Holland in the 1970's for awhile and said nudity there was no big deal. They had it in commercials etc. He wasn't used to it, but as a man in his 20's at the time who was he to complain? LOL

It is scary with what is happening in Hollywood and pretty much the rest of the country. It reminds me of what the Bible says that about good being considered evil and evil being considered good. Parents definitely need to be keeping an eye on what their children are doing and seeing online these days!

Thank you for mentioning me on your Blog today, Jack. Yes, I confirm I am not a priest. Just an ordinary guy.

It is sad what is happening in the world today where everything goes and no one seems to care or bat an eyelid. If you complain you are labelled a prude, old fashioned and not "with it". In fact, you would be ridiculed on TV by so-called comedians. Daily you see on our TV in the UK comedians and others implying that God does not exist, and to believe He does means there's something wrong with you. This influences vulnerable minds who choose not to believe in God for fear of ridicule.

I write humour on my Blog and my books to attract new readers who, hopefully, will also read my Christian posts and get to know and experience God's love. Some of my books are FREE to download from www.holyvisions.co.uk

It's unbelivable what they show on TV today and the language is terrible too. Not good role models at all for children. I think they need to clean things up but they won't do it unless we refuse to watch the bad stuff.

I loved my parents with all my heart and miss them everyday, but sometimes I'm happy they're not here to witness what's happening to our Nation. (And in other parts of the world, too.)

I wondered where you were going with your 'title' today. I'm old enough to remember good morals. Growing up in a large Christian family, I'm so grateful to have been given guidance in the right direction from little and on. Today things are different for way too much of the country. There are just enough bad guys out there to make an impact on our kids. Again, I'm grateful every one of our Grandloves know and practice the good morals they grew up around. Life is tough enough without so much unhealthy behavior and acceptance in our way. I've said it before and I say it again. God must be getting very angry. loven'hugs from up north where the gardens are looking and producing nicely. Oh those wonderful fresh tomatoes make me drool~~~

The world is certainly batty. My father was very modest and humble. I try to be like him. He use to tell me, if you show a man everything you have, you leave nothing to his imagination. I always admired my dad. Victor is quite witty. Having been raise been the Catholic church I get where he is coming from. Always a fun time here. Have a safe and happy weekend Sherry and Jack! From Colorado