Past, Present and Future How about it? 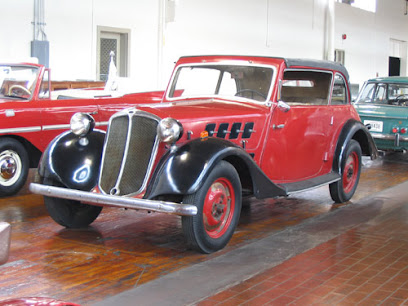 WE take things for granted. The youth of today cannot imagine life without a cell phone. I actually saw a baby (less than 2 yrs old ) in the child’s seat of a store buggy playing with a cell phone. Touching and evidently was seeing a difference. It might have been some sort to game. But there were reactions in its face as he touched ‘things.’ The little dude was playing with a phone that probably cost hundreds of dollars. HE DID NOT drop it nor throw it down, AND it held his interests.

I began to think, what did I take for granted growing up?

Things that appeared in my lifetime, that in just a few years I took for granted:

1.       Television with test pattern then soon, there were pictures and 2 or 3 channels.

Things that came after I was old, that I take for granted now:

5.       The real possibilities of space travel

What do you see in the future?

Do robots already perform medical operations?  If not will they?

Do you think there will be anything like ‘teleportation?’

Will your house receive electrical power without those wires all along the highways and roads ran along power poles?

Will things be delivered to your home by drones?

Got any ideas? Got any FAR OUT Ideas that you think will come about?

OR What innovations have you taken for granted?

I think all the things you listed as possibilities, Jack, could be realities over the next years. Technology keeps advancing quicker than the speed of light it seems like, lol! I take the internet for granted. Its hard to remember at time we didn't have it and now that we do, I get impatient if I have to wait longer than a few seconds for a search to come back lol. What did we ever do before it got invented?

So many possibilities for the future ... I think we'll develop new things in the medical field. For example, people will be fitted with an extra mouth on top of their heads. That way, they could put a sandwich under their hats and eat whilst going to work.

Also, people will have developed 3D stereo sense of smell to pin-point where smells come from and turn to someone on the elevator and say, "It was YOU!"

I saw all the changes in time as you did. It's amazing all the convenience we have today that we didn't have back when. Lots more changes keep coming our way every day. The possibilities are endless. I hope to see more cures for cancer to come in the future. I think it's possible withe the technology we have available to day.

Tom and I were discussing that very thing a few weeks ago. Bloggles the mind, doesn't it?

I can vividly recall the awe I felt the first time I saw the opening scene of Bonanza in 'living color.' TV's keep getting bigger and bigger and computer's chips teenier and teenier. Like 'Ma' mentioned, I'd love to see a cure for cancer someday.

Great talking points, my friend. Have a blessed day!

When I was young my brothers used to say when I was old enough to drive cars would probably be flying in the air. I haven't had one of those yet! But robots do assist with surgery but still need that human there too. I also can remember years ago folks talking about phones that would let you see the person on the other end while you were talking. I thought for myself that would be a horrible idea...how could you stick your tongue out at them while pretending to be nice when they could see you? Ha! Well, welcome face time and Zoom!