It is nice being Perfect 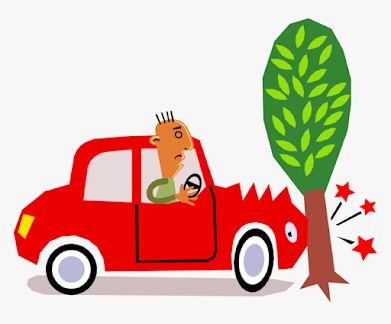 Not my fault someone didn't know where to plant a tree!

At times I have to rein myself in.  I find that ‘being perfect’, I judge my fellow men and women too harshly. I must be careful or I might say to someone, “Hey, I wouldn’t do that if I were you that is stupid!”

I wonder if Catholic folk judge their priest as harshly as I tend to judge protestant pastors? Does the Islamic ever say of his Iman, Are you crazy? Reckon a Hindu would say, ‘That Guru is isn’t playing with a full deck?’

And then there are the USA drivers. There would be no wrecks if everyone followed my lead and drove perfect! (Well maybe except for the few times I hit the rumble strip on the edge of the highway, or wandered past the yellow line on the rare occasion!)  But that is understandable that is me and I have to keep all the other drivers straight and my mind is correcting them and keeping them out of trouble. LOL

The perfect stuff is just ‘Bull Feathers’.  BUT Sherry says if I keep trying I will learn to boil water without scorching it.

BUT truthfully, if we humans aren’t careful we will judge others without knowing the full story.

I have a friend, William. He is very sick now and fighting for his life. He finished drywall for my company on many houses. 9 out of 10 times when I dropped by the job he would be sitting on a 5 gallon bucket smoking. I would always kid him, “Don’t you ever work?”

His answer was always the same, “Who do you think is throwing all this drywall mud for you?”

Son Mark would comment about our bookkeeper. “Dad, Marvin never works, every time I drop something off at his office he is laying on the couch!”

Maybe he worked at night, someone did our taxes!!  LOL

Apartment doing well, it now has heat and cool.

Funny fellow, Jack! Yep, I had to wince a little about other drivers. That's me, pointing fingers and uttering 'dictionary words.' lol. Perspective's great, isn't it?

Congrats on the apartment HVAC!

That's great with the apartment now being able to be cold or hot depending on the temperature outside :) I think it is hard not to judge others, even when we are trying not to judge them, lol :) Maybe its part of human nature?

Ir's so easy to judge others, but I try to stop myself and am reminded judge not lest you be judged. We tend to think we do what is right, but we are really not perfect at all. Maybe we'd all be happier if we left the judging to God. Good for you for getting the air and heat in the apartment. There's not much you can't do.

Praying for your friend, William.

Prayers for William! Had no doubts you would do a great job on the apartment. Love from Florida, Sheila