We all seem to forget that the Alamo was a Mission before it became the site of a bloody battle. The battle was for Texas Independence from Mexico. Texians  or Texicans  both white and Hispanic desired independence. President General Antonio Lopez de Santa Anna brought 1800 troops to take back the Alamo and recover Texas. 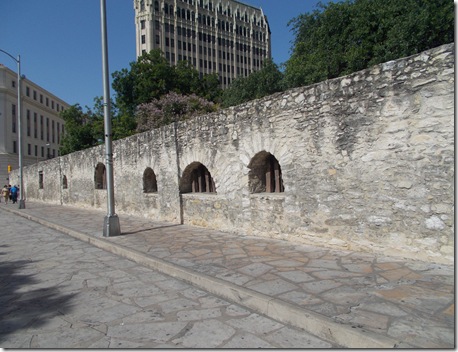 Facing the Alamo this is to the left and called the Long Barracks. An Outside view.On the inside of that wall are rooms. 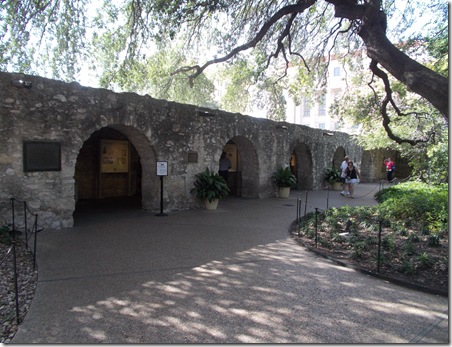 This is the inner side of the wall above, you see one limb of the huge Live Oak shown below. 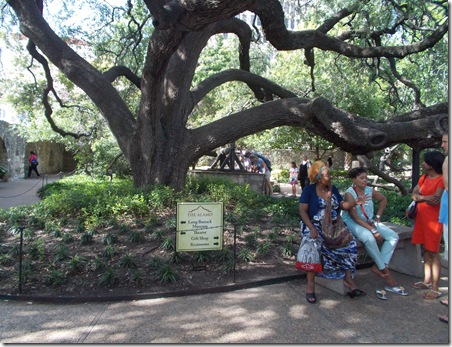 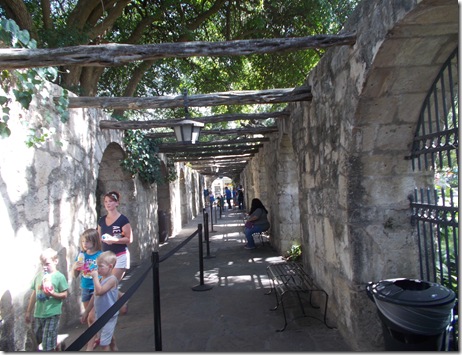 This is the inside of the Right side facing the Alamo. This is just inside and unlike the other side this is a passageway. It looks the same outside as the Right view. 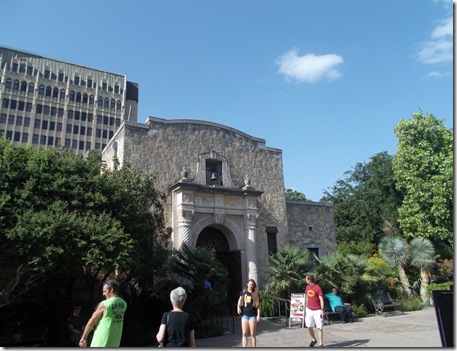 This is the front entrance of the gift shop in the courtyard.
William Travis and Jim Bowie were co-commanding the troops in the Alamo when Davy Crockett and many volunteers arrived to assist the Texians. 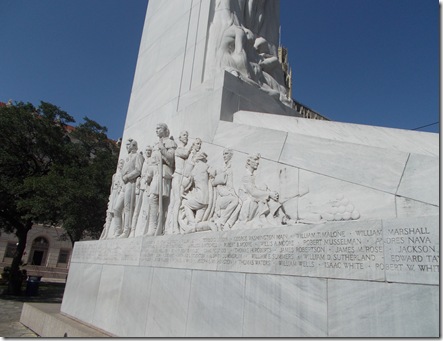 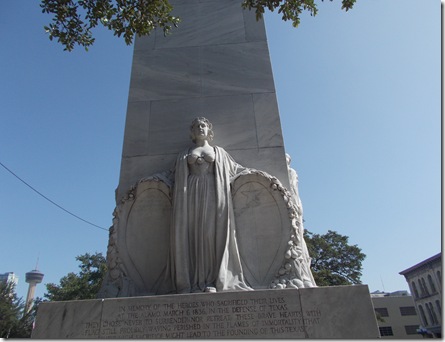 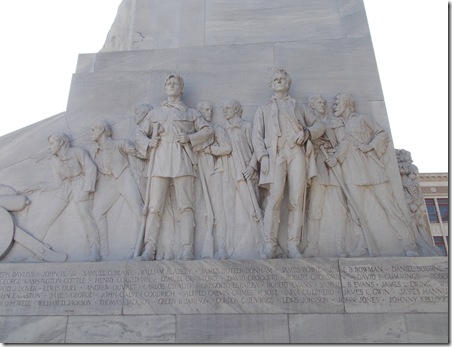 (The above pictures are of the giant monument out front, below the carved figures are the names of all that died inside the Alamo)
It was February-March 6, but the battle was the 13 days ending March 6, 1836.  It was a terrible battle,  400-600 Mexican soldiers died and 189 defenders died, every last one in the Alamo was killed.
Remember the Alamo became a battle cry and Antonio Lopez de Santa Anna was defeated at the Battle of San Jacinto.  There were 189 Hispanics, Spanish, English, Texians and Americans killed.
My son Jack was sitting here and posed the question, how would you feel if you KNEW YOU WERE GOING TO DIE TODAY, not MAYBE, but for a fact.  They were given a chance to surrender by --- de Santa Anna, and every man choose to stand, KNOWING HE WAS ABOUT TO DIE!  A very hard question.
We glorify Crockett, Bowie and Travis but there were a 186 others of all colors just as brave. Of course I know the reason, their names were well known, but that does not lessen the courage of the 186.
This was our 3rd or 4th trip here. It has changed some. They do not allow pictures inside the Alamo, we visitors feel it is so the shop can sell photos and videos, who knows for sure. There is a claim that photography, especially flash, can destroy what cannonball, battering rams, small arms horses and knives could not. Just my observation.
I would declare that the Gorgeous Live Oak out in the court yard has grown ten feet wider since our last visit. 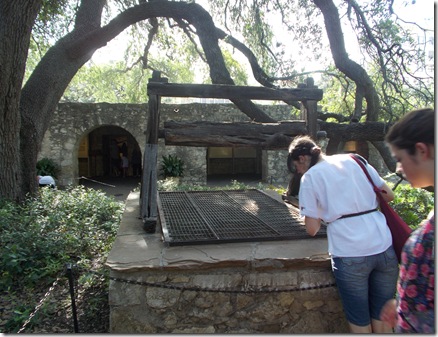 (The old well under the live oak, it is dry now) 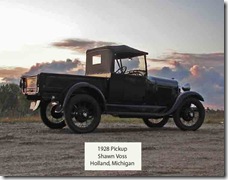 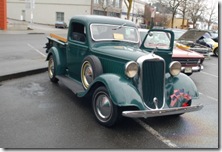 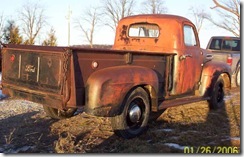 I list these as Cowboy trucks. Wouldn't you know it. Paula and John showed up in Paula’s beige truck (Butterflies on the windows), and I did not get a picture of it.
Posted by jack69 at 8:25 PM

Great Picture and interesting write up, probably will only see it thru your eyes and photos and description !!
you all enjoy yourselves!!
Gary and Anna Mae

Interesting history for sure. GREAT photos.

Thanks for taking me to the Alamo - I have never been there - now I knew some of the history - but I did not know all of it - I really like history - now more then when I was in school! sandie

I've never been, but my husband rode his motorcycle from here (south Georgia) to Mexico and back and went to the Alamo on the way. He loved seeing it; he talked about it for a very long time. Thank you for taking your readers to the Alamo, Jack. Lovely blog, as always....

Glad you all are enjoying San Antonio and it's history. Like the old trucks.

We went to the river walk back in 1999,and really enjoyed it we didn't get to go through the Alamo. I'm glad you're enjoying San Antonio that's where my new grand baby lives. i like the picture of you guys with Paula and John, I'm glad they got to meet with you and Sherry.Take care , now I'm off to bed, Lol. Jean

«Louis», who grew up in Texas, appreciates your refresher course in Texas history at the Alamo!

I was surprised at what a pretty place the Alamo is. Sad to think about all the lives that were taken. I remember watching Davy Crockett on TV and think I learned more about him through that than the history books. Glad you all are having such a good time in Texas.

Very intersting History report. Glad to see the pictures. JJ questions is something to think
about, can't imagine what would
so through the mind.

Glad you are having a good time.
Stay safe.

Super pictures!!! If this is your last big trip, you are making it a good one,. I am like Larry King," I don't mind when I die, I just don't want to be there." Sounds good to me.