Anyone reading my books know I love my childhood friends, Von Dale and Buddy. As the years have passed I have been able to exchange visits with Von Dale and his wife Rose at least once a year. But not Buddy, he was vaccinated with the wandering needle. He was also a preacher’s son.

In 2010 we made a swing around the USA Going the Northern route and returning the Southern route. I had been in touch with Buddy and learned he then lived in New Mexico. So After our stop to see BEN, Elsie and family in Utah we stopped by to see Aunt Aggie and Cousin Dewey in Las Vegas.

We then met Buddy and Di on Route 66 in Albuquerque at an RV Park. It had been near 60 years since I had seen Buddy. It was great. We met his lovely wife Princess Di whom he loving refers to as ‘Duckie’. Loved her from the first. 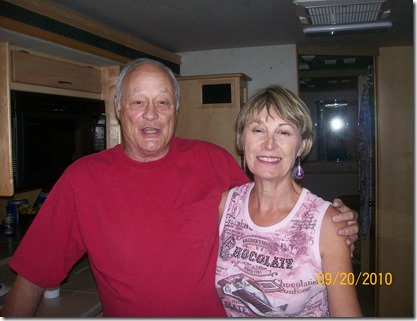 We also met Charlie, my favorite breed of dog, Cocker Spaniel, then about 12 years old. 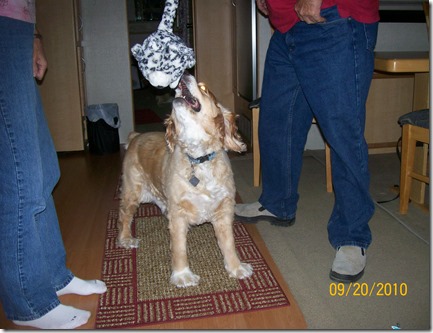 Two years ago, 2013, on our last swing around the USA we stopped in on Buddy and Di . Sorta in passing Buddy said they were thinking of selling everything and moving into their motor home. Getting Antsy. We also got to see Charlie the show off again. 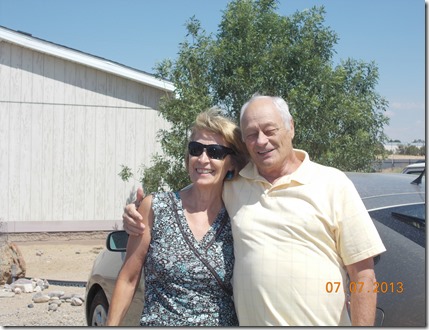 Only now he had gone Hollywood! 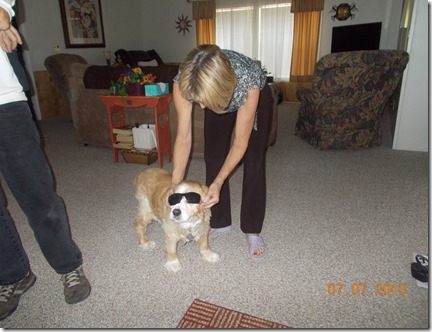 Just a couple days ago it was Buddy and Di’s anniversary and we went over to their motor home, where they now live, 30 mins from here, NICE! WE all went out to the ‘Outback’ Steak house in Inverness to celebrate. AND yes, Charlie is still with them. 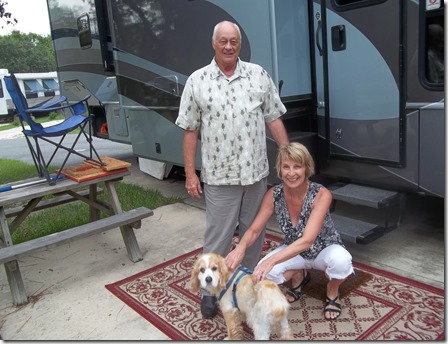 Sadly he has lost most of his sight, his limbs are weak, and he doesn’t have much energy, but he still loves to be petted. It was a kick, getting to Rub his head, ears and neck. Charlie isn’t a spring puppy any longer. They lovingly lift him out and in the motor home for him to do his business. ‘tis sweet to see. 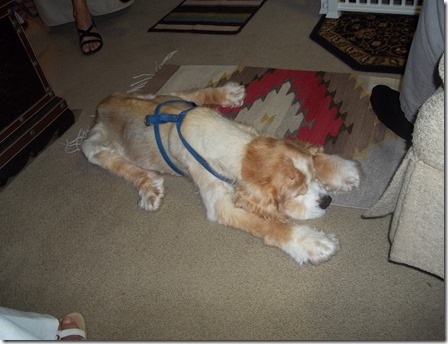 Now Charlie just Sprawls, when he is worn out.

He is frail. Lady Myra, the sweetie out in the hot country, recommended a book, ‘THE PURPOSE OF A DOG’, I am near the end, and what a surprise this  book is. I DID think  of the book when I visited Charlie. You  would have to read the book, the writer has a  great imagination.

So Charlie, old friend, THIS AIN’T the end coming up, now I know. (smile)

My cocker and best friend growing up, ACE 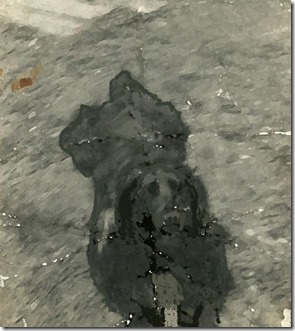 Old friends are the best, including pets. 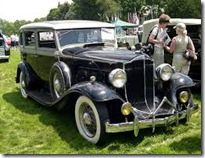 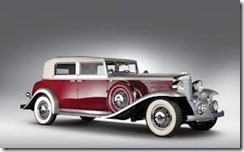 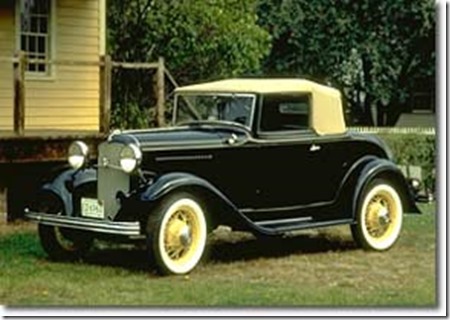 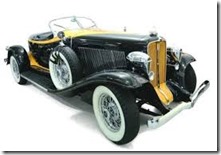 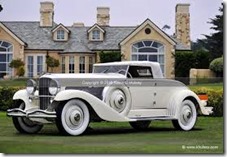 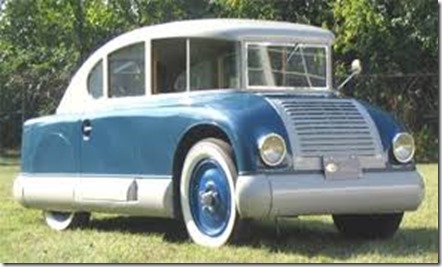 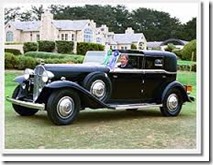 How cool you were able to spend the time with your friends and get to see Charlie! He sounds like he is much loved!

Glad you have kept in touch with Buddy and Di. Charlie is precious indeed. I have a soft spot for Cocker Spaniels, myself. Old friends are the best, for sure.

I love how you keep in touch with your old friends and it's nice you have them close by for now. Charlie looks very loved for sure.

I wish I could reach through my monitor and cuddle Charlie. When I was a girl I wanted a Cocker Spaniel in the worst way; not sure why I've never pursued that!

Thank you for letting me know you like the book, Jack. I thought of you and Ace so very often. I can't wait to hear what you think of the ending!
... and you know what? The sequel is even better! I've never been a fan of sequels, but after reading, "A Dog's Journey" I was compelled to write my first-ever letter to an author admitting my doubts, but saying, "this book HAD to have been written."

Glad you got to see Buddy..The three of you boys were always into
something. We all have come a long way. Speaking of dogs I had my standard poodle for 21 years. They are just like having a child. She also traveled with us.

Vaccinated with the wandering needle...dang, I wish I'd thought of that.
I loved this one Jack. Anyone who loves their critters like that has to be good folks.
Also, I've read that book and it was a good one.
Rick

Charlie!
when my Mom was a child
she had a cocker spaniel
named Lucky
my step-father calls
my Mom Duckie
Princess Di is pretty