Now I am confused, Who the heck is the Real Donald Trump? 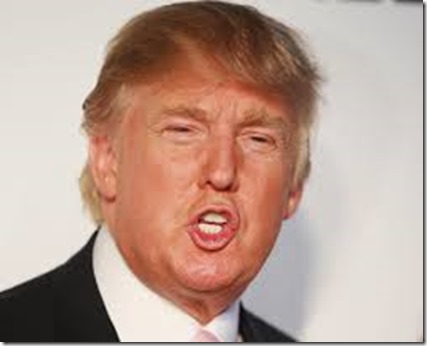 I frequent a forum called Acts, mostly church stuff some politics and a lot of ‘discussion’ on faith and beliefs. Dr. Marty Baker is a contributor there.  It made the news the other day that he was going to introduce Donald Trump at a Rally.(I also put this on FB, U mite have read it) 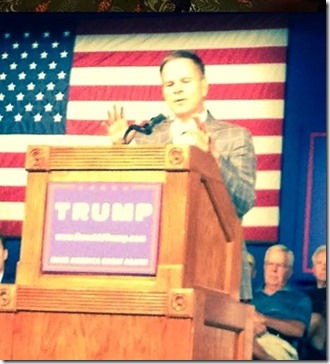 Lots of folks knowing Marty from the forum were surprised and  had some negative stuff to say and  some were positive.  After a few days Marty came back with his explanation, along with a story.  He said he kept hearing very negative comments about Donald, and said that was not the Trump he remembered back in Georgia. He related this:

In 1986 L.D. and Annabelle Hill had had a few bad years on their farm and were losing it. The farm had been in their family in Burke County, Georgia for over a hundred years. The night before the Bank Auction, L.D. overtaken with grief, went into the bedroom and took his life. Of course the bank postponed the auction.

Word spread thru the county, state and even up to NY where a man named Donald Trump heard about it. He immediately started the ball rolling and bought the farm. Below is the picture of a young Donald burning the mortgage and he gave the farm back to Annabelle. 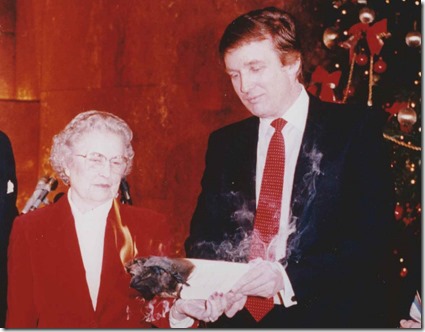 Now I have not been a Trump supporter I have appreciated some of his open statements. The one I didn’t like was his nasty about McCain’s POW time, he was wrong to bring that up.

But this story told by Marty before he introduced Mr. Trump at a Rally in SC, is important, me thinks. I am a sucker for a tear jerker, and this did bring a tear. 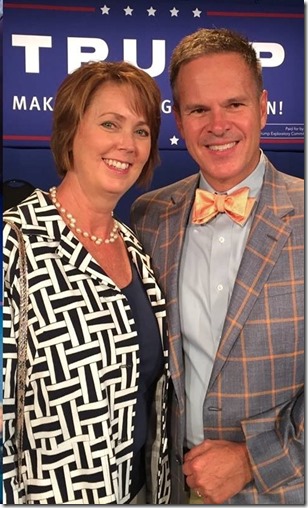 Above is Marty and his wife, the guys on the Forum did give him a tough time about his choice of coat and bowtie.

But I liked the story, I thought you might appreciate it also. It is good to know some politicians have a heart. 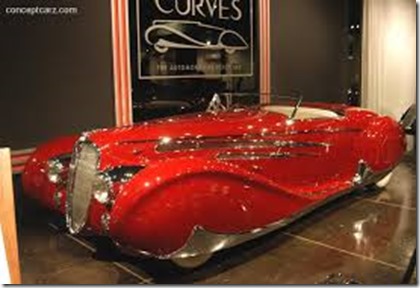 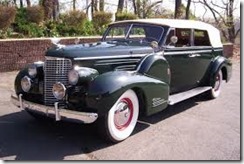 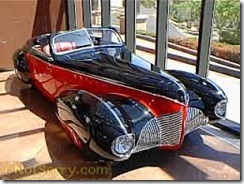 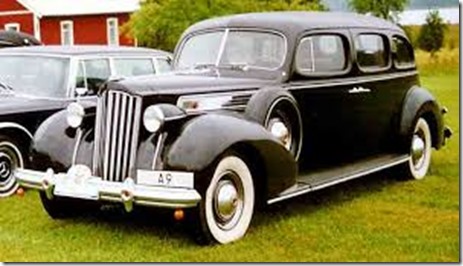 Nice to hear a good story. I usually don't pay much attention to most of the ones told.

That is a good story about Donald Trump. It is nice to see the "human" side of a person, whether they be a politician or not :)


Thank you again for sharing this story here, Jack.
Sure, I know I shouldn't let people 'get' to me.... but I'm constantly amazed infuriated how some folk dislike Donald Trump or Romney (etc.) simply because of their wealth or their stature.
I'm no expert, but I don't think they - or any of their ilk - got where they were by trying to please all the people all of the time!

There is a good man inside that rich man. Unfortunately, A lot of things come out of his mouth all wrong but I think he has a lot of good points and aint afraid to say them. Today, Honesty and speaking your mind will not get you anywhere. I like to listen to honest feelings even if I don't agree with them. Its better to be by the truth than to be hurt by a lie.

I liked hearing this story and I like Marty's bowtie matching the stripe in his jacket.

An interesting story indeed. What a kind gesture.

He paid $39,000 of her mortgage and flew her to NY for a ceremony in the lobby of Trump Towers. It was advertising.