Our things that is.

Those are the words my girl said when I tucked her in on Friday night.. Actually what she said was ‘We are heading South and that is not bad.’

I know the term is negative, but why? When did  that start?

WE are near the half way mark and the traffic was very bad. There was an accident on I-77 about 40 miles into our trip. the traffic was bumper to bumper and dead stopped for awhile. I have said it many times, it is nice to be in a motor home if you must be stuck in traffic.

Look at this cool car I think they call them Lambos: 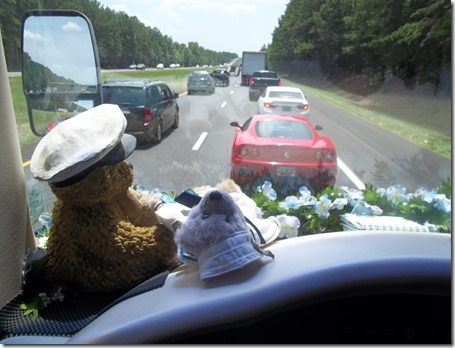 He liked to switch lanes, we were traveling at about 3 mph.

He would let the auto in front get some room then he would show off and take off like stepping on a greased marble. 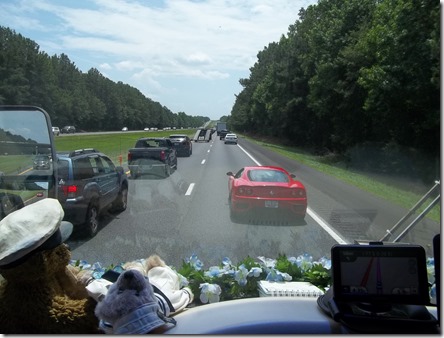 I felt sorry for the guy, he had to shift gears, couldn’t afford an automatic transmission ;-) 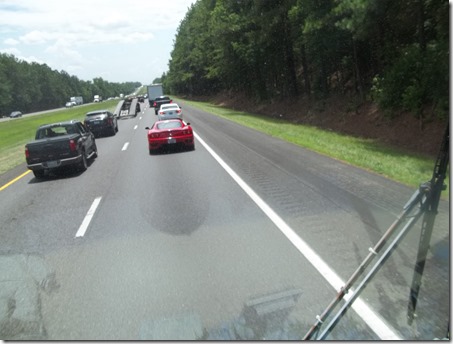 I had hoped he would try to jump the truck with the ramps. I thought that would be cool! 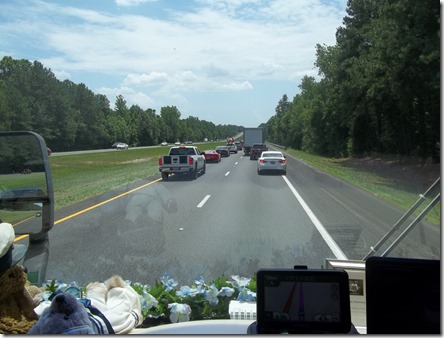 But he shifted lanes and I didn’t see him again. He could have paid up to $550,000 for the car, it does look like it would have an automatic trans, hahahahaha. Yeah I know it is the feel of the shifter and power.

Ok we are here in SC for the night. Heading for Florida in the AM hoping for better traffic. I mentioned earlier, the trip is for Sherry’s eyes. She is headed for St. Lukes (in the Villages) for cataract surgery.

See you in the morrow from Florida. 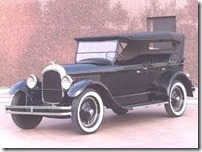 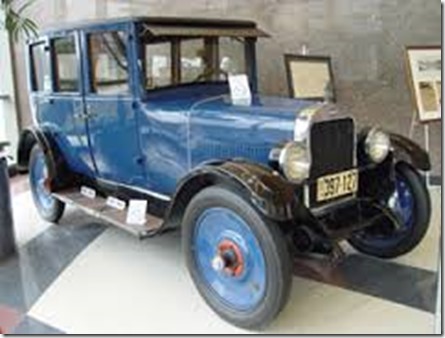 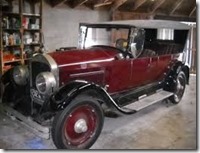 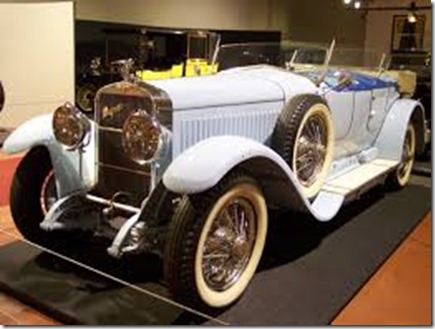 Some beauties, I did not know they made a Flint, as in Flint, Michigan?

Glad the first part of the traveling didn't go too bad except for being stuck in traffic. At least there was a bit of entertainment for a bit watching the antics of the driver of the red car :) Safe travels tomorrow!

I do hope the traffic is better for you as you head south. It does seem like there is always one that wants to weave in and out as if they could get to their destination faster that way. I can't imagine having a car that cost that much at any rate. Safe travels !

Again, I'm struck how much I could learn from you - copying your attitude, that is. That's neat that you were able to find humor in that lambo driver's aggression.
Seems like he's too much $$$ and too little common sense! (I'm always happy when folks like that go on ahead of me, on account I'm anxious about being rear-ended.)

Glad you got that far without any trouble. We just had a short
shower not enough to water everything. It is still hot and will be
all week. Keep me informed with the happenings. Liked seeing the old cars...I still can't figure how I miss your blogs sometime. I think you get up and write in the middle of the night. Will say a Prayer for Sherry that things go well.

Prayers for Sherry and her surgery. I love traveling but hate the traffic. It ruins it for me. GODSPEED.

I have never owned an automatic. Jilda has had a few, but we love grinding gears...except in traffic jams. We were stuck in one a few years ago on the Interstate as we were about to cross the Tennessee River. We were trapped in traffic for hours without water. It was brutal because the mercury was dancing with 100 degrees. We made a promis to ourselves to NEVER travel without water, and we haven't.
Y'all travel safe.

I pray your Sherry
has (had) a successful surgery