Hey, you better cut that short…

“You know that is long distance.” 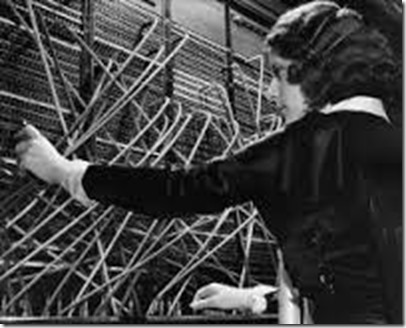 Words I have heard and words I have said back during the time you paid MA BELL, Extra, for any call outside the county and sometimes outside the city.  I think about that when Sherry shares a long phone call with Rose, Johnny, Evelyn or Jack Jr.  It is so nice she can chat for 15 to 60 minutes and the cost is the same. She can stay connected without having to pay attention to the old ‘3 Minute rule’. If I remember right there was a long distance charge for the first three minutes, then the price when up exponentially. An hour phone call could have easily ran into a hundred dollars if you were calling out of state.

Back when all long distance calls had to go through the long distance operator, she must have had a timer, because at three minutes on a pay phone she would come on the line and say ‘your 3 minutes are up, if you wish more please deposit $5.00’. As a military guy I had a pocket full of quarters when I left the ship, and straight to the pay phones and stood in the que, waiting my time. 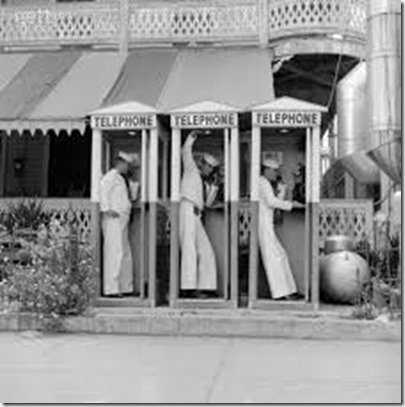 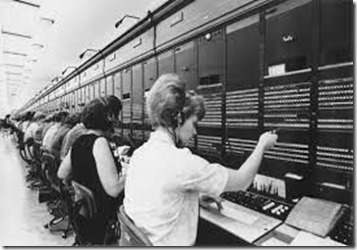 Once My ship, the Independence pulled into J’ville, FL and when I finally got the phone it rang and rang, I said the ‘s’ word quietly, the sweet long distance operator came on to talk to me, she assumed I was calling my wife, “Sir, there are many reasons she may be out, give her and hour and call her again.” I will never forget how concerned that operator sounded. She didn’t have to say anything.

I did call back and Sherry had taken the boys to see Shakespeare in the park up in Norfolk. Now if it was today, she would have had her phone in her purse, but not back then, REMEMBER? 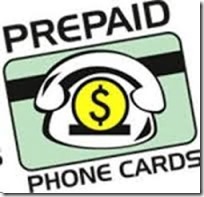 Communications!  When we first started traveling I used to look over at Sherry and say, “No one that we know, knows where we are.” Back then we used the pay phone. Later the the miracle ‘Prepaid Calling Card’, you could buy minutes and give the card number when you called, but it was still from a pay phone. 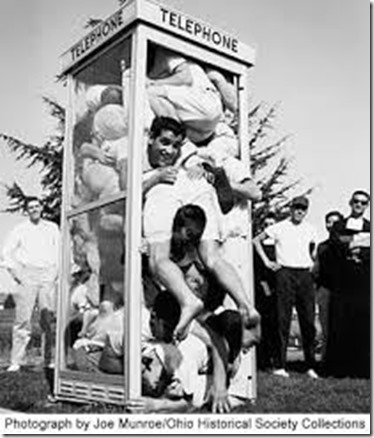 (College kids found another way to use the booth)

Now we all can have immediate contact around the world. In most other countries the cost of minutes was much higher.

Times, they do change. 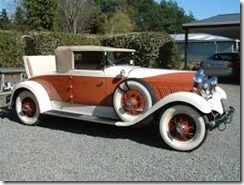 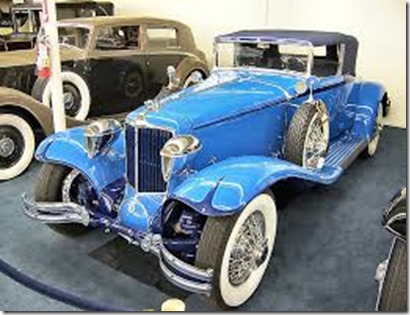 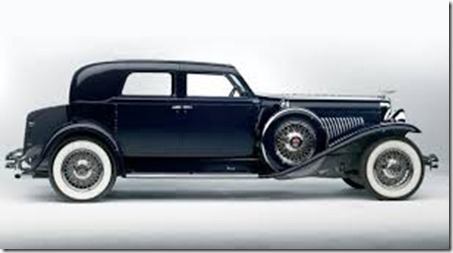 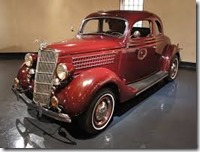 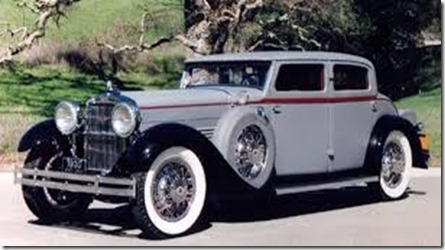 How times have changed. I do love the changes as far as phone calls go. Having family out of state used to mean I seldom got to talk with them. I can't remember when I last saw a phone booth or a pay phone for that matter. Nice to have that phone in the pocket !

Yes, The phone is one of the modern changes I do like. When my Mother was living, she lived 40 miles from me and it was long distance. I had to check on her everyday so I always had a huge phone bill! When traveling I remember having to search for a phone booth to check on family at home and them not working most of the time!

I do remember the egg timer for keeping track of 3 minute phone calls. I also remember getting phone calls from operators asking if you would accept the long distance call of someone and then of course pay the charges for the call. Technology sure has come a long way. I think the funniest thing about cell phones is we didn't have them 30 years ago and we managed to get through a church service and a movie without them. Now people carry them everywhere and no matter how hard a church might promote not to have the cell phones on during service or to have them on vibrate, there's always a service that one seems to go off in.

The cell phones got smaller and smaller; Then they got smart and started growing bigger again. You are letting too much heat get out of Florida, it is seeping up here. :-) Take care, Sheila

What a sweet operator to reassure you in that way, Jack!
Little things like that touch my heart.

Yes, I remember the 3-minute 'egg timer' mother would bring out when calling her folks in Minnesota. (Not something done every week - or even every month, come to think of it.)
What changes we've witnessed ..... and unfortunately, how quickly I've come to take modern technology for granted. Perhaps I should go give my cell a smooch?! (smile)

Like this post. Now when someone is away in the service they can still keep in touch with family other then letters. I remember when Mel was in Japan he didn't call home until he was back in the states and on his way home. It's funny how small town people lived back then. We didn't have a phone but our neighbor did and it was just inside the front door. No one locked their doors so I could go in and use the phone or sometime even answer it for them. If someone called the neighbor's house for one of us she would go to the kitchen window and yell Telephone call for who ever.

GREAT post. I too remember those days of expensive, inconvenient phone calls. THANK Goodness for cellphones.