You have time, DO IT

When I put out our signature name plate at every RV site we have been to in the last year,  I have said to myself. ‘I need to refinish this’. The sun had bleached it gray and there was no shine.

I believe it was Vermont, we were  passing the time on some trip and in an antique shop I spied a ‘cheap, not an antique’ wine rack. It was two simulated Ships wheels, all wood and no brass. I am a sucker for ships wheels so we bought it for $8, I had two ships wheels at much less than the cost of one.

I did not see the ‘wine rack’, I saw a ship’s wheel with our names on it in front of the motor home. I did the best I could to protect them outside, but they both were rotted and gone with five years. The ships wheel had become our signature among RV’ers, so I invested in a real ship’s wheel. Hardwood and Brass.  I love it and we have had so many compliments on it.  Now,  it will get it’s third refinish and still no wood rot. It is over 5 years old. 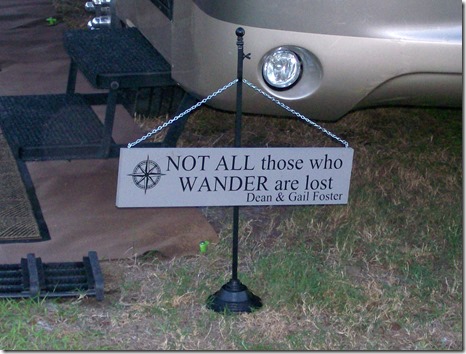 Many RV’ers are known for name plates. Some very unique. I saw the one above last year, the family name,  accompanied by the saying. “Not all those who WANDER are lost!”  I liked that immediately. 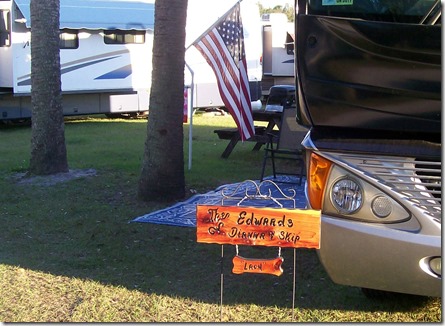 The Edwards with Lacy the dog (evidently) 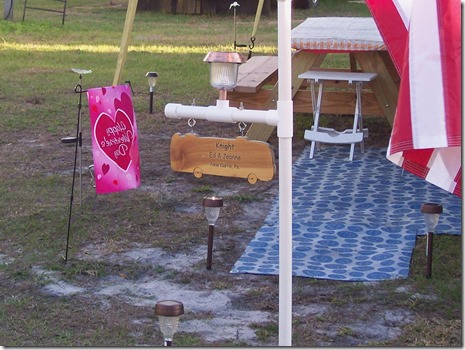 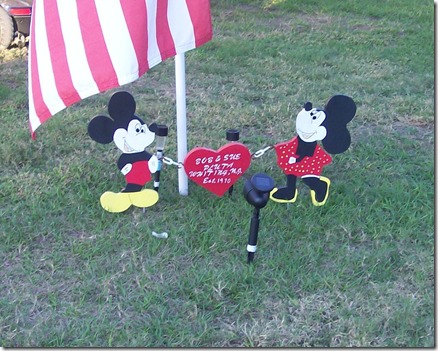 Bob & Sue Pluta from Whiting, New Jersey, They like Disney (I was wondering it they were married in 1910)  Nah, must be the town. 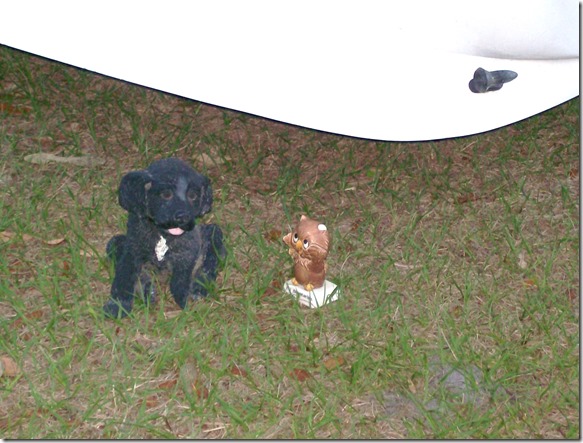 These were set under the motor home, no name. An owl and puppy 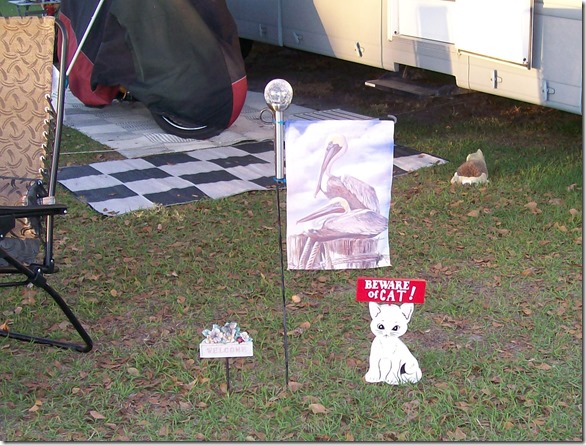 You don’t see this too often, “Beware of Cat”

Well I actually did it. For the first time in my life I used a stripper.  That is messy!  but it was faster than wire brush and sanding. Here it is: 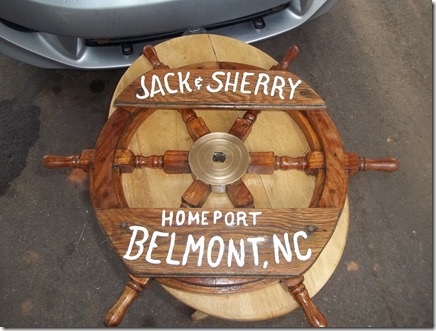 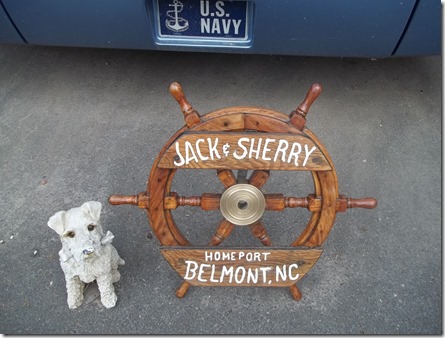 We were at Lake Manatee State Park and a Ranger knocked on our door.  She said, “We have had several complaints about your dog barking at night.” 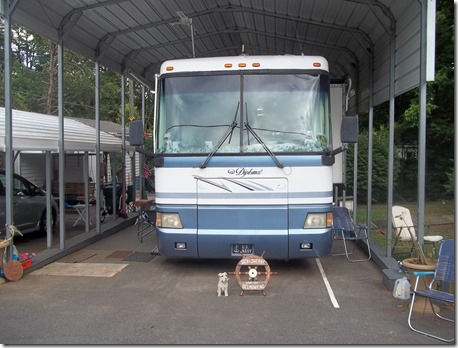 We told her we would correct that. The Florida Rangers as a whole are good folk.

That is another (important!) task done. 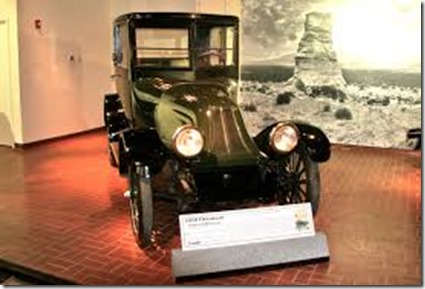 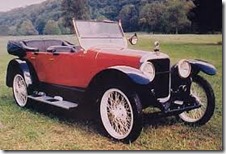 I never stopped to consider campers' nameplates before ... what a splendid idea!!!
Aside from the 'guard kitty', I think yours is the classiest. (No, I'm not just saying that; I love ship's wheels as well.)

Hope you keep your pup securely leashed ... lest the mailman not worry about his ankles! LOL.

I like the way campers mark their own little space. You and Sherry have a very pretty one.

How cute with the different campers' name plates. All unique ones you showed us here. I like your's and Sherry's and that's a good dog to have, low maintenance I do believe!

I love your ship's wheel. Suits you perfectly. Looks beautiful.

The weather does tend to weather things and things we care about do take some TLC. It's amazing that just spending a little time on something or even someone makes a big difference ! Looks like your ships Wheel will last a long long time.

I've just downloaded iStripper, so I can have the hottest virtual strippers on my desktop.