My life, race relations back then.

Automobile of the 50s: 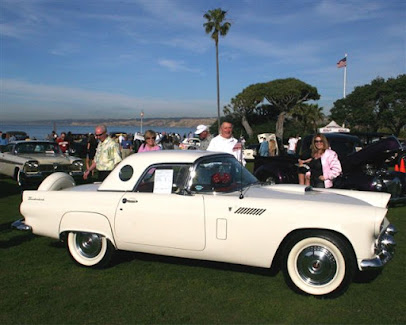 There are a lot of questions in life. Sherry was telling us tonight that niece Vickie was asking he questions about her birth and family.  Sherry is going to take her to see the house they lived in when she was born.  Vickie did not know she was named after her grandma.  Lots of stuff we do not know, and did not ask. 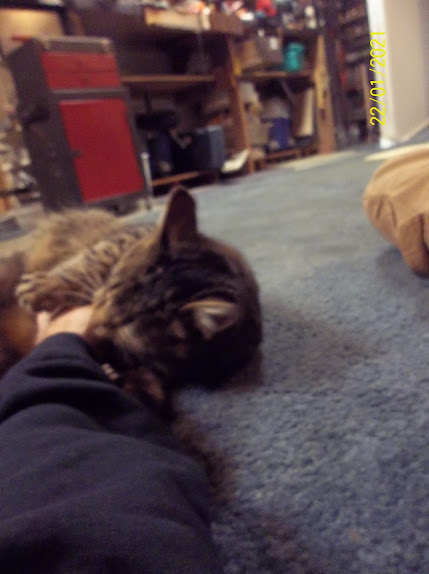 The tiger tom is by far the friendliest kitty 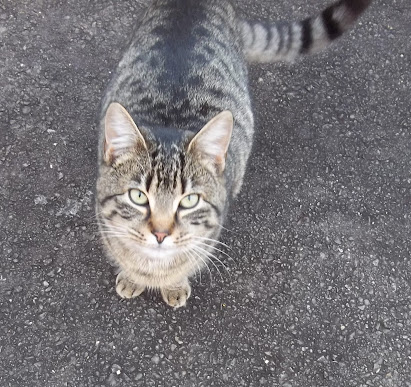 I read a discussion the other day on race. This person was saying that race relations have not changed for the better in a hundred years.  I beg to differ. Race relations are much better than when I was in school even.

ALL four of the schools I attended were Segregated. There were NO INTEGRAED SCHOOLS in my childhood.

There were Black Schools.  At the time they were referred to as  Colored Schools. In my life time I lived in a town where a person of color could not be in town after  dark. They could drive thru, but not stop. That was in NC.  I lived in a town in Missouri where no colored people were lived. The town just 10 miles South did not allow 'Colored People' in town after dark

In High Shoals, my closest playmates were 'Colored'. When I ate with them I was not allowed to eat at the table. I had to eat behind the wood stove on the wood pile. At 5 years old I did not know they could have been in trouble if they allowed me at their table.  When the kids ate at our home they ate at the table, whites were allowed to pick and choose. 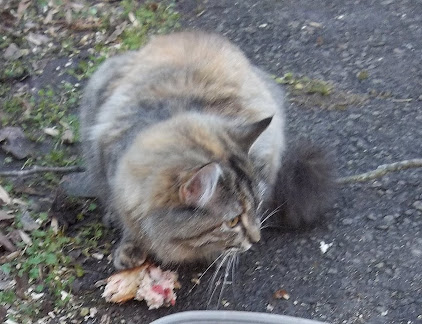 A white girl or boy who tried to date someone who was not their 'COLOR' they could have been hurt very bad.

It is different now. I went to visit my friends Jim Page and Robbie Cook in Valdese, NC a few years back. We met in a grill. I smiled when I looked over and saw a mixed couple sharing a milk shake, laughing and talking.  THAT WOULD HAVE BEEN IMPOSSIBLE IN 1954 IN THAT TOWN! 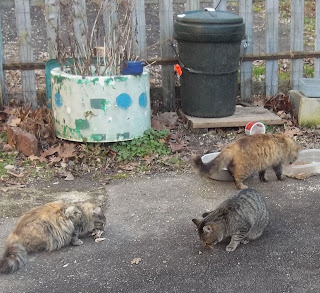 There wasn't a bigoted bone in my parents. I KNEW if I were EVER to utter the 'N' word in our home I could expect a spanking.

Mama would tell me, "I just cannot understand White people, they will send money to darkest Africa. But won't hug their colored brother or sister's neck here in the states.

The USA is not perfect, but it is better and it will improve. Never fast enough for some, change is inevitable, but slow at times.

It was quite different for me living in the north, the schools I went to were not segregated at all. My first trip south was a huge eye opener. I couldn't believe the segretion still going on. I'm glad to hear it is better theses days. I was taught that it didn't matter what color we were, God loved us all and that's how we should be.

Aw, Tiger Tom is beautiful ... er, handsome.
I don't THINK my parents were outwardly prejudicial. Unfortunately, they just went along with the mindset of many. (Ignorant, yes.) Clear as day, I can remember when travelling through the Deep South we witnessed black children out in the cotton fields. Without malice, Mother remarked, "Look at the picka-ninnies" - in the same tone she might use to say, "Look at that cloud." I could be wrong, but remember there being only one black family in town. Only after I was in my mid-20's did I have occasion to bread bread with a sweet black lady. Honestly? The sight of a 'mixed' couple still might make me turn my head ... but nothing like it used to. Thank goodness, we've come a LONG way!

Hope your Birthday was Great ! I am home from Hospital and relaxing, Nice Read on you Post of schools and when I took Anna Mae South in 1980's she could not believe it was so bad on White's and Blacks ! -8 Below Zero this morning, I am confined to house for a while !! Sending down love and warm wishs, Gary an Anna Mae

Yes, thankfully times have changed. I remember going on vacation down south when I was a kid and we had stopped for gas. We went inside to use the restroom and was told it was broken. It was then that we noticed no whites inside. Dad said to get in the car and we drove over the bridge and found another gas station for whites. I thought it was weird coming from Chicago and not used to segregation. A few years ago Mom showed us her original deed to the house that stated no "colored" maids, grounds keepers, or residents were allowed in the neighborhood! We were shocked but have kept that deed as a reminder of how things have changed for the better. Love your new kitty! I hope all's well with you and Sherry. Take care!

I never lived in a time of segregation. I knew people that were prejudice but I wasn’t brought up that way. Some of the best friends I had in school were colored. We were not allowed to say the N word in our house either.

From up here in NC
Lisa