Open letter to My Family (politics) from grandpa. 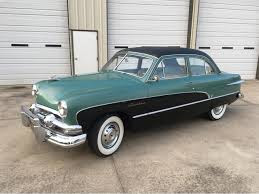 This beautiful 1951 Ford was new when I first started hearing about politics. I was 12, we lived in Valdese, people talked about Ike & Adlai.

Clarifier to family: This is close to 600 words, please read it when you have time. All of my family does not read the blog, so this was put in an e-mail APB to the family.

Anyone, read if you have time.

To my family, ALL of you are SPECIAL to me.  I just wanted you to know my stand and position politically.  I know there are strong feelings among our family both ways. MOST of my life politics took a back seat to relationships. Republicans, independents and Democrats stated their feelings BUT remained close friends. In today’s world it seems to have come to the point where friends have become enemies rather than neighbors.

A good example of that was my closest friends in the world Sonny & Elmer. They were both died in the wool Democrats, they knew my stand was a mix, Republican, Independent/Libertarian.

I have voted for Independents, Repubs and Demos in presidential elections. It happens I voted in the last 2 elections for Trump.

The last time my vote for Trump was more against the vice president on the other ticket, I did not agree at all with her politics.  I wanted Trump to win.

I am proud of many decisions of President Trump mostly regarding commerce and trade plus a big standout was his ‘guts’ to move our Israeli Embassy to Jerusalem.

He lost this election.  I think more votes went to Biden because people were tired of our Presidents giant ego, childish tweets and third grade name calling.

The President had every right to challenge in court the vote counts in any state.

Once He lost in court and a man who was an ardent Trump supporter, our Attorney General, Mr. Barr, stated that he agreed with the courts; the election went to the Democrats. At that time I would have appreciated a concession speech to help heal the country, the country is larger than one man or an election..

It is FAR OUT to come to the conclusion that a massive under world movement could dictate the voting in the USA.  We have the most secure voting system in the known world.  Can you imagine the # of people involved; the chances of an official leak???

I want my family to know my stand. I know this country is not perfect by a long shot. Grandma and I have been in over 26 countries. NONE compare to our freedom in the USA.

I must say I was very disappointed in President Trump.  You can spin it, but methinks you would have to be completely blind to say he was not responsible for the breach of our Capitol. I hate it but the man’s ego outstretched his love for this country. I became physically ill watching that disgrace on film.  A group of grownups acting like teenagers crashing a Frat party.

In my youth the Democratic Party was the real conservative party and one for the common man (in my opinion) but in the 1950-60 era that switched to the Republicans. That party has now been split by a man who thought he was bigger than this country.

I will apologize if I am ever proven wrong BUT, I would be surprised if in the next 12-20 years any conservative is elected to the office of Presidency.

I will be the one shocked if this nation does not continue politics as usual.  I trust the safeguards our forefathers built into our constitution. I proudly served this country and love it. 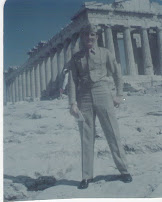 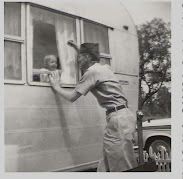 my last uniform was USN. Chief 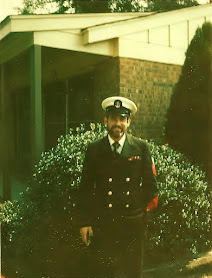 My life is down to the short rows. I do not want my family to be split by politics.  Family and friends are bigger than politics.  Neighbors are needed for a good society.  To my family, love each other, laugh at your differences, they are only OPINIONS and as one of my grandsons said when he was 3-4 years old, “EVERYONE HAS AN OPINION GRANDPA!”

Thanks dude, I will never forget that. I will love this ENTIRE family until I am buried and Reece makes sure my final request is put on my tombstone, “HERE LIES JACK IN THE BOX”.

With all my love Grandpa

PS: I did not okay this with grandma, sorry sweetheart.

Thank you for these words.
I have great love for my family & dear friends that voted red or blue.
My hope is that more citizens will unite for the good for everyone in this country.

It could happen. I am optimistic!

You voted for the dump twice???

Good adccic. we can disagree and still remain friends. Relationships are always more important than politics, I o agree. I'm a democrat and won't hold it against you that you voted for Trump. Everyone has a right to their own opinion, we just cannot force it upon others.

Interesting, Jack. This reminds me of a letter found among my grandmother's effects after her death, begging my father and his siblings to get along and love one another.
Granted, I think President Trump's (mouth) shot himself in the foot on more than one occasion. However, I can't forget how he begged for unity and the left practically spit on us. Not all, but many of them remind me of the little child who used to throw a tantrum in the supermarket aisle until his mom caved and bought him the toy just to get him to shut up.
I won't say 'never', but right now I'm not the slightest bit interested in unity.

PS - Hope you're enjoying a great visit with Jack, Jr!

"BRAVO ZULU", I hope you do not mind if I (borrow) some of this for my Family, I could not have stated as well as you did ! By the way, Looking pretty Sharp there in those Pictures, It is what it is, We have to move forward and we will survive, we are Americans ! Bravo Jack.......... Gary an Anna Mae

Very well advised to your family and many others feeling as you do, us included. We have to pray for our country every day for peace and tranquility. It's hard sometimes, but we must. It's what's kept our country free. Thanks for your honest opinions. It will even help our family. Just staying Christian will make the trail less difficult.
loven'hugs from up north where the wet snow continues as we hover in the upper 30's today, nearly 40. It always looks clean after fresh snow.

I agree with you on all of this. I voted for Trump both times too. Whats going on in the world now makes me want to crawl under a rock. We have not seen the worst of it yet. But we are America, we will survive.