Where did that river come from? 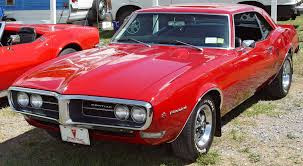 Creeks produced great entertainment growing up. In my youth most towns emptied their sewerage into branches and creeks and they flowed into rivers and to the ocean.

They were ‘Appropriately’ called ‘Sh-t Creek,’ a slang name given by nearby citizens.  Yeah, we boys played around those too, but no swimming ‘on purpose.’  I never did see a girl playing around them. In Belmont a very popular fishing spot was the “Bean Hole.” Yep, just at the spot where Belmont’s Shi-t Creek flowed into the Catawba River.

But most creeks were clean. They were fun to fish, swim and play in. Most swimming holes had boys swimming naked, in their underwear and some even had ‘store bought’ swim trunks. NO GIRLS allowed.

I fished a lot in creeks, even used ‘set hooks’. A set hook is an unattended baited hook on a line 2-3 feet long, hung from over hanging bushes along the bank. They are pretty productive. Approaching in a home made boat you could see the limb moving if you had a fish.  We ate a lot of ‘catfish’ caught on them. Taking a cat off the hook is tricky when you first start, those 3 ‘fin-horns’ can hurt when they stick you, as the fish flops around. But the cat is good eating.

I never followed a creek to its actual headwaters as a kid. Since hiking the AT I have seen the actual head waters, the first spring that starts the Chattahoochee River in the Georgia Mountains. I even stopped the spring water from flowing and wondered if the folks downstream noticed that their river stopped for a minute. LOL

Since Sherry and I have been traveling we have been at the headwaters of many rivers and springs. It was an amazing site to me. Springs that produce ‘millions of gallons of water a day 365 days a year. They make an immediate river. I remember one in Del Rio, Texas 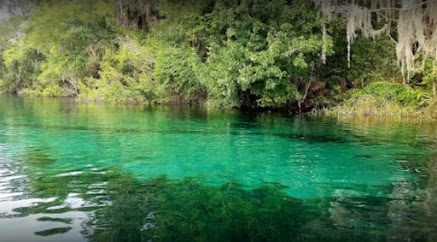 This is the headwaters of the Rainbow River. 600 million gallons of water a day. The 4th largest spring , near Dunnellon, Florida.


Many in Florida.  We have camped at several. The water is crystal clear and a constant temperature. For the people living around the giant springs it is normal, but to me it is AMAZING! Just from a hole in the ground comes a river.

This is the Rainbow River 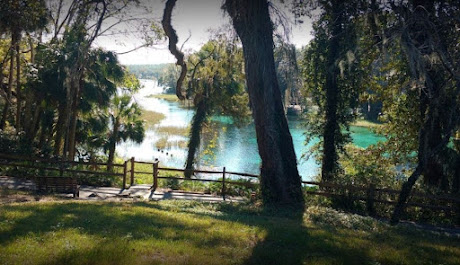 I have heard of a lot of creeks. WE lived in Paw Creek for awhile. But since blogging I have met Susan Kane, from Preacher’s Creek, didn't know preachers had one!

PS:  WE were camped here the last time Johnny got sick, it was Jan or Feb. we left here at 80 degrees the next day we were in Michigan and had a foot of snow. CCCCold.

You've posted some awesome pics, what adventures y'all have had. BEAUTIFUL!!!And that Grand Prix is gorgeous, OMG. Hope y'all are tucked in and cozy...it's a bit chilly outside! It's 11 p.m. and past my bedtime, big yawns and nutting to do with your comments; this ole lady is "tard", tard of cleaning and arnin'...gonna call it a night! Hugs from Chobee, Glenda

My in-laws had springs on their property. 2 spring fed ponds and their water supply to the house. The new owners of that property had to dig a well because the folks farming it used pesticides on the crops and polluted the water. We had a creek in my neighborhood growing up and I lived in the Chicago area. it wasn't deep enough for swimming but we played in it and I learned to ice skate on it! Good memories!

You have a lot of memories, so good and some bad. Thankfully the rivers have been cleaned up a bit so all can enjoy them.The river that runs through our town starts way out in the colntry in the form of a creek. it's beautiful too and we have some wonderful waterfalls to enjoy too. They used to power some mills when our town began. Thankfully the rivers keep flowing for all to enjoy.

Good Read, liked the Pictures on your post, Yup, I grew up near Jone's "Pond" and a couple of "Sink Holes" an the "Oswegatchie" River ! We played near, swam in, bathed in, fished and boated !!! I loved the Peace River in Florida and all those Canals around it in Okeechobee. Cool and Snowy up here in the North ! Take Care, sending down love , Gary an Anna Mae

There are many springs forming many little creeks on our property that empty into Murray Creek by the cabin and it eventually empties into the Flambeau River that runs thru town and supplies the paper mill. The one thing I love about the springs is that they usually stay ice cold even in summer and don't even ice over in winter. Very interesting read that I totally connected with.
Most the guys fish the creek with a cane pole kept at the cabin. Life is so fun and the country is an education in it's own.
loven'hugs from up north where the sun is trying to melt the frosty trees before the snow coming in the next couple days. We need it's blanket so the pipes don't freeze :/

Beautiful! Wondering how I came to live in Florida so many years and didn't know any of this. And never saw a manatee! Mebbe I need to come back for a visit and start over? LOL.
Praying Johnny's some better and y'all won't have to make another trip north!

These photos are beautiful. I would love to see this one day.

We had Indian creek down the road from our house growing up. Waded through it when the rains caused it to rise. Didn’t know about it’s sewage history until recent years, But we never fished in it just played around it. Well Shawn did, but somebody must have informed him of it’s history cause he knew not to keep the fish. Love from up the road, Sheila