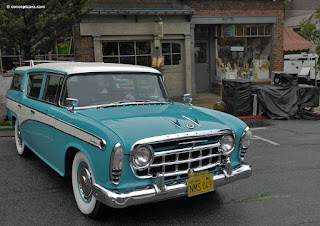 1957 Rambler Cross country. Great car and good mileage. I wish the Rambler had not died.

Currently, the United States has five major U.S. territories: American Samoa, Guam, the Northern Mariana Islands, Puerto Rico, and the U.S. Virgin Islands. Each such territory is partially self-governing that exists under the authority of the U.S. government.

Sherry and I have had some very pleasant talks over breakfast and supper lately. We share a lot of the same interests, but are different in many ways. Her early life was centered in Belmont, NC, mine over several towns in NC.  She has many lifelong friends I have less than 5, methinks. She is cold natured and I am a lizard.

Sitting at breakfast this morning, I noticed she was drinking out of a cup from Cuba and mine said Alaska on it.  “Hey you’ve been to Cuba?” 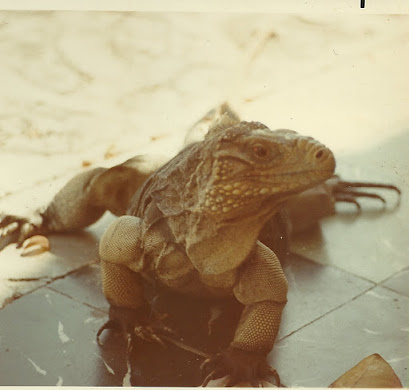 Iguana's re plentiful in Cuba, many of them 3 feet long and beg for food like the feral cats here. LOL 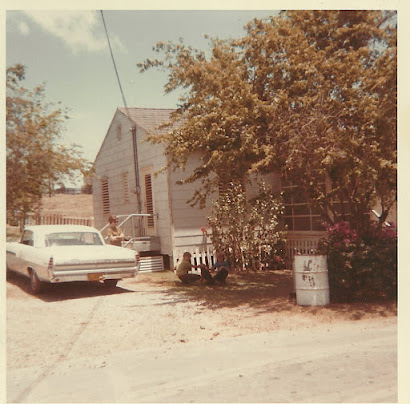 The 2BR house, note the 50 gal trash can, remember them here in the states...

“Why yes, lived there once for about 4 years. I also lived in Key West.”

“Well I went to Alaska once with a pretty lady; so there!” 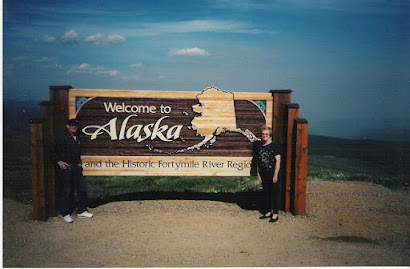 Below are Salmon fishermen. 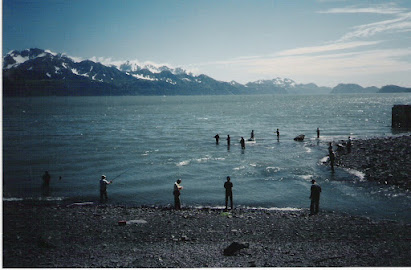 We both laughed. That being two extremes of a diagonal line across the USA; Southeast to Northwest.  I said yes baby and we have crossed that line making a big ‘X’ from extreme Southwest, San Diego (Tijuana, MX) to Nova Scotia in the Northeast..

That started us talking about our lives and travel.  It also brought up USA possessions. We have been in all 50 states, but only 2 of its possessions. WE have been to Puerto Rico and the Virgin Islands, but not Samoa, Guam or the Mariana Islands.  They were places we NEVER planned to go. Of course since they were never high on the list it will probably never happen. Ireland is far above those possessions or territories of the USA, for a visit.

I try not to say NEVER. One doesn’t knows what life will throw your way.  Something might pop up saying "IRELAND," VERY LOUD! ;-)

PS .  I have had fun being here. I have even kept a fire going in the rain. Getting out has allowed me to straighten the picnic area and start on my trail. I have several dead falls to cut up.  Keeping busy while waiting for word from Ypsilanti on Johnny’s insurance status.

You and Sherry have had a wonderful life and lots of memories!

So sorry you are still waiting, but you seem to be making good use of the time. You two make the best of company for each other. I can only imagine traveling all those places you have been together. Sounds like a wonderful life to me.

Thanks for letting us eavesdrop on your conversation! 😊 I think it's so cool how y'all still enjoy one another's thoughts.
I've been fortunate to have seen all 50 states, but only 2 territories -- Puerto Rico and the Virgin Islands. Nope, no desire to see the rest. But God willing, I'm working on a 'reasonable' bucket list of stateside locales.
Your 50-gallon trash can looks like Tom's burn-barrel out back!

Sooner or later, there are ' hurry up and wait ' moments in our lives. You're both making good use of your time visiting memories. We find ourselves doing that nearly every day. It sounds like the woods will keep you busy for a while tho. Iguana sure are prehistoric looking with their hide of armor. We use the 50 gal. drums for corn and sunflower seeds for the birds. Right now, we're watching Pine and Evening Grossbeaks along with the usual tweeties of winter.
Loven'Hugs from up north where the moon is bright and it's well below zero during the night. minus -18 last night. Brrrrrr

When you said “sweet talk” I knew it would have Sherry in it.
I remember having trash cans like that one pictured. Daddy used to burn trash in them and we would get kicks out of throwing aerosol cans into them and make them explode.