Remember not all bears are BIG! 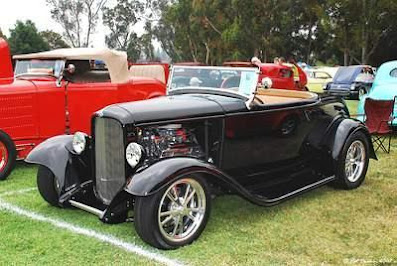 This 1932 Ford Roadster was new when Paul Anderson, known as the strongest man in the world,  was born.

I heard more sermons growing up from dad, preachers, evangelists, ladies and men of the church than most kids. Most were Bible based and good for me.

I remember visiting a church once; the pastor was in a big way and said, “If there was one person in the church dedicated to God, we could turn this town upside down for Him”

I’m sitting there wondering, ‘Aren’t you one man?  I guess I am too skeptical.

I once heard a guy say, “If anyone would buy stock in xyz Company, they would be millionaires in 5 years!”  I figured that dude had bought all stock available. ;-)

Whether we are rich or poor, wise or foolish, we must be careful and not let our mouth overload our rear-end. (A statement I have heard all my life.)

A man known as the ‘Strongest man in the world,’ Paul Anderson, was from my dad’s hometown, Toccoa, Georgia. Dad told of a story he heard about Paul. Paul never ‘out grew’ his pants as dad would put it. He was just one of the boys around town, even with his fame.

The true story: The locals were gathered in the general store playing checkers and talking when a local spoke to Paul, “Paul, dad gummit, I’se you I’d go out in them South Mountains and git a holt the biggest bear I could find and bring him home fer a pet!”

They said Paul laughed, slapped the guy on the back and replied, “Johnny boy, there are some real little bears up there in the mountains, go git you one!”

I heard my dad use that in a sermon as an example once. It always stuck with me.  He was saying ‘Folks we may not can save the world, but There are always things we can do." 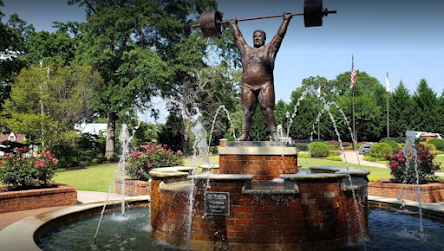 Dad had no idea that Paul was one of my heroes. I talked to him later. Yes, he knew Paul, Paul was my sister Kat’s age, they were not close friends, he older than Paul. But he knew the family. Paul won the Gold in the Olympics in 1956.

STUFF you just do not know about your family, and special people.

Perfect example of why we have to be careful with the words we say :)

My preacher and other preachers I've heard will always remind you that they are no better than us. They sin and struggle just like rest of us.
Wow, you knew the strongest man in the world? Thats pretty cool.

Great story today ! Yes, there are bears of all sizes Even little guys can do big things.

I try and remember the power of ONE. Plus good things can come in small packages!

What a great illustration! I'm thinking there's more wisdom exchanged among those 'real' folk than in fancy offices in mid-town Manhattan.

After reading all of these "spot on" comments, I am speechless [hard to believe, hahaha]. Paul sounds like a rare individual, I love to see a famous person who is modest about their God given talents. Love to y'all from Chilly Chobee, Glenda