Just thinking about a phone call. 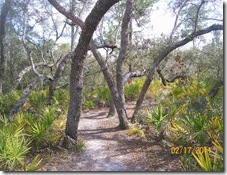 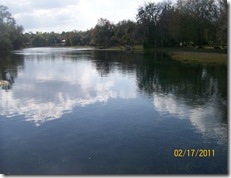 Rainbow Spring puts out 490 million gallons of water a day. some of the purest water in the WORLD.

Feb 2011 It was 80 degrees, we were staying at the Rainbow Springs State park and got a terrible phone call, Sherry’s Brother was in the hospital in Ypsilanti,  MI. We checked out of the park and headed to Michigan. Things cannot be too bad weather wise, winter is almost over.

The hospital was very accommodating, allowed us to park in one of the parking lots. It was clear but cloudy and cold. 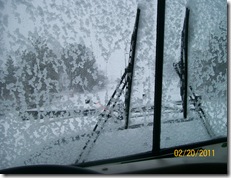 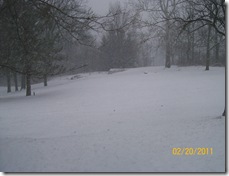 The next morning we had 12 “ of snow. Scared this motor home to death.

We moved once to Camping World where the manager let us stay at no cost. Everyone was great. Johnny was not well when we arrived, they did not give Sherry much hope. 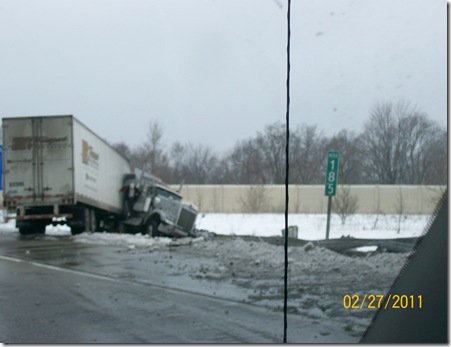 (The driver was just climbing out of the cab, we saw a few wreck of some folk who are a little wild.)

We had no problem getting around, we were used to driving in snow from our time in North Missouri. 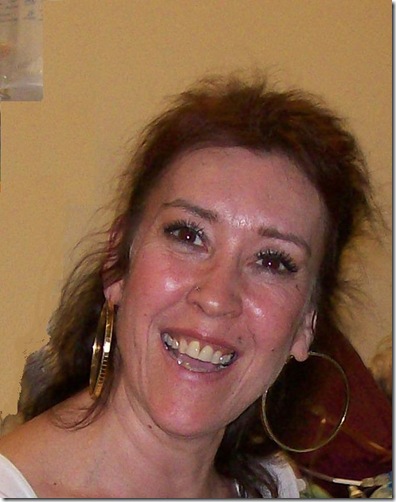 (This is Candy, Johnny’s beautiful daughter, can you believe she is a grandmother? She was at the hospital most of the time.)

But over time he came around. We were there for a couple months until Sherry felt comfortable leaving her little brother.

The view from his hospital room, snow is gone. 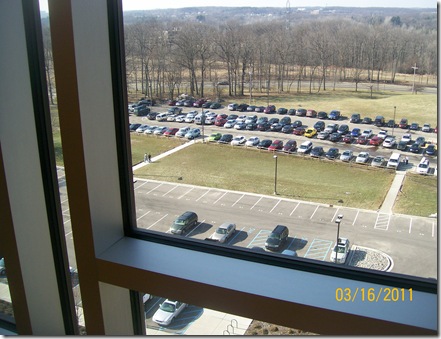 I had never seen one of these Baskets Sherry got for Johnny and the nurses, fresh fruit, some chocolate covered. 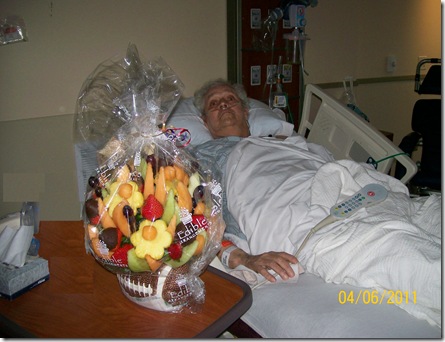 I Just got to thinking about the difference a couple years make. Johnny is doing well. He used to call Sherry every couple months, now he calls at least twice a week, makes her happy. 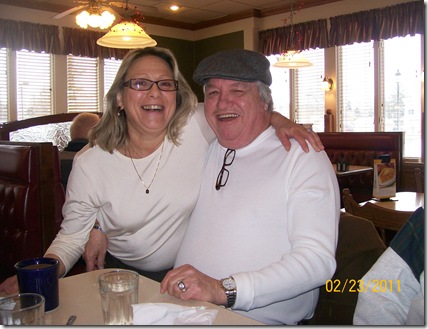 It would be impossible to name all the friends who were there to see John often.  This is Jerry & Debbie. 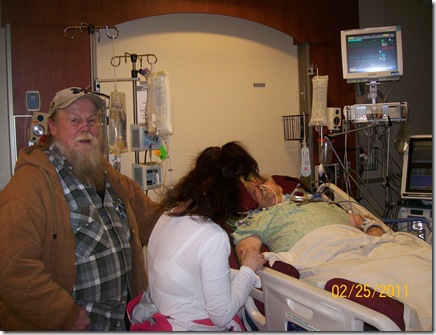 Here is Wild Bill, he was at the hospital EVETRY DAY for months. Some friends are true gems. He has such a great personality also.

Well, enough of thinking of cold weather,  I know you  guys up north have enough of that….

I was just thinking how a phone call can change your plans and your life.

Not yesterday, not tomorrow, BUT today is the day we should be concerned about. 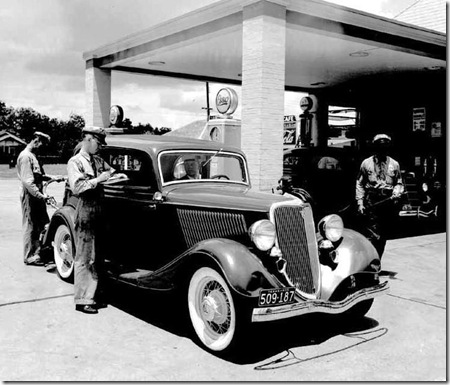 More service stations. I know the car is a 1930’s model.  LOOK, see why unemployment is up, here are three workers who are not employed anymore!!!

So glad that Johnny is doing well now.
I am touched at the love and caring that were displayed as I was reading about Johnny's hospitalization.
You and Sherry packing up and driving to where he was...staying there with him. The people that found accommodations for your motor home...the friends that spent countless hours and days with him.
To see and read about this love is heartwarming to me. In this day and age, that is something that is needed more and more. The love of family and the love of friends is a wonderful love.
Thank you for sharing. Continue to enjoy your stay in Florida. Thinking about you both.
Hugs,
Jackie

I remember praying for Johnny; so glad God answered our prayers so that Johnny got better and is continuing to do good! How time flies; it just sounds like yesterday you guys were heading up there to be with him!

You are right a phone call can
change plans in a moment. You
and Shery have been home about
4 or 5 time when a phone call
came bearing bad new. When you
come home maybe cool weather but not snow. Lets hope thing stay
good for awhile.

I do remember that quick trip you had to make up north. February sometimes brings us our heaviest snows. Right now most of it has melted. What remains is where we'd shoveled the driveway and the piles were the biggest. Otherwise it's gone for now. Next week we are to get more. It's good to hear that Sherry's brother is doing well and keeping in touch with her too.

I remember the trip when her brother was sick. I believe you did a lot of people/hospital goings on, observing. My spots are fading so Joe says. The one that was infected is rspondfing bur I can not turn my leg far enough to get a good look. I don\'t itch as much.

A second can change your life forever. I am glad that he is better. He saw how much sherry and you cared and seems appreciative.

Gosh where would we be in life without family and friends?