It has been soooo long since we had fresh farm eggs. The last was from Wayne in Belmont, who has chickens. 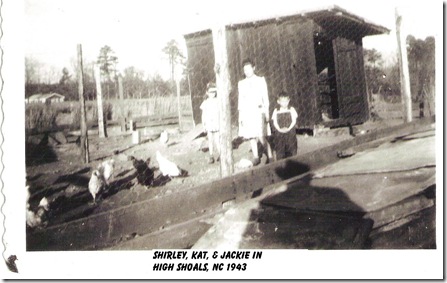 As we left Okee David Luke handed me a doz & half fresh brown eggs. My mind went immediately back to his dad and a farm in Missouri about 50 years ago.  Kenneth  remembered the powdered and cold storage eggs from the Army and wanted nothing else to do with them. He said watch one of the cold storage egg run all over the pan when you break it, then break one of these fresh eggs and notice the difference. The FARMER was right of course.

So the Next day, after Chobee,  we had fresh eggs and grits for breakfast,  a change from our oatmeal and cereals. HA!  It was my treat for Sherry, but she did get up before I called her, we enjoyed the fresh brown eggs. I believe the egg shell of the fresh egg is twice as thick as the store bought ones. (?)

I have a habit of washing dishes as I go when cooking. I like to have as few as possible after the meal. For breakfast I like to finish and have a full cup of coffee in front of each of us and the plates done. We have been using some coffee from the Holy Cow coffee company. Good stuff.

Eggs: When we had a roach coach I bought eggs by the case from the farmers. All rejects because they were double yolks. I sold boiled eggs on the coach and folks loved getting the double yolk. I always thought of a double yolk as a treat. That was before the Doctors said we will killing ourselves with eggs. I do love eggs!!

You get mixed signals from the medical profession, most say the eggs are bad for you. A few way there is something in the eggs you don’t normally get elsewhere. Whatever, we still like eggs at least once a week.

I guess NewYear’s meal is settled. Sherry always fixes the traditional meal for a southerner as we know it, Black-eyed peas, greens and hog jowl.  But we don’t have the hog jowl. Maybe we will just play like we had it.

PS:  A wise man once said, “Sufficient for the day is the evil thereof so take no thought for tomorrow, it will take care of itself.” (That is exactly how I see it (Live today), but it is harder done than said.)

Happy New Year, when you are down just think of the old cars, some are more cared for than the new ones. 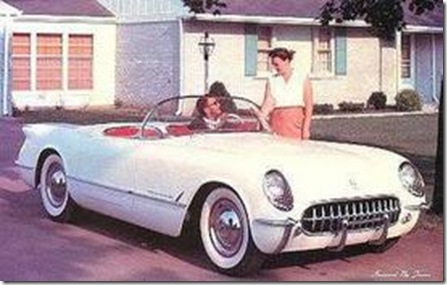 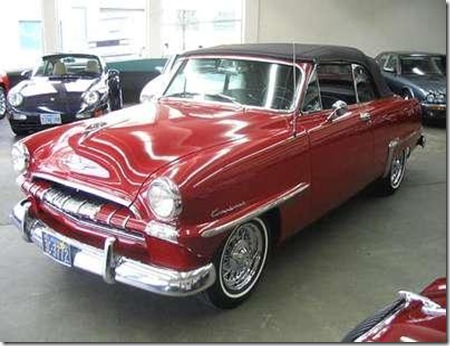 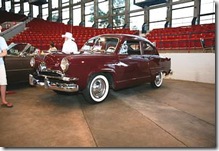 Happy New Years Day to you both! Those eggs sound so very good. That is a wonderful treat! Hope you enjoy that dinner without the hog...maybe a little bacon would suffice!...It's pork roast and sauerkraut here. A long time tradition for my family.

Love farm-fresh eggs, too!
We eat the brown ones (from Mama's neighbor's chickens.)
I'm glad that you are having the traditional New Year's dinner.
Guess what? For the first time in as long as I can remember, we aren't having black-eyed peas. It's not 'cause we don't want them. We do. BUT...the stores here were out of black-eyed peas. Can you believe it!! I should have shopped earlier. I'm making black beans and ham hocks instead. (With white rice, of course.) Paul thinks it just can't be New Year's day without those black-eyed peas; we're breaking tradition this year...unwillingly.
Smiles to you, my friend.
J.

Indeed, the difference between eggs frosh from the farm and "store bought" eggs is extraordinary!

«Louis» thanks you for your kind words about his coffee and he is happy to know you are enjoying it!

Re your question about Jack Ryan in «Louis'» post about the Stude-Benz SL, you are thinking of the Jack Ryan in Illinois who was going to run for the Senate and Øbama destroyed by leaking sealed court records about Ryan's divorce. Same name, different Jack Ryan. Just think, if Øbama had not gotten away with his smear of the Illinois Ryan, we might not have that Marxist in the White House now...

I prefer fresh eggs also and in our area they are easy to come by. We are having pork roast cooked with cabbage and the traditional black eye peas and cornbread! I do not do the hog jowl either, I prefer hamhocks!

Every month or so, we like to have Breakfast for dinner. One of our favorites.

Our son enjoys them.

Please have you all a good new year ahead.

I think eggs are good for you myself - I might have one regular egg and then the white of another. And Holy Cow coffee is good? Happy New Year.

Never had black eyed peas; must put that on my list to do this year :)

Never had brown eggs either; must put that on my list to do this year :) (if I can find them here)

I never know with the medical profession with what they say is good and bad for you; it seems to change with what is good and what is bad so I think all things in moderation is the best thing when it comes to eating.

hope it is a great year for you two!

We had our black-eyed peas, hog jowl and greens here and Rick (who had to go back home Sunday) fixed his at home. So maybe since we had ours in different places we'll have twice the luck for the new year...ha. Happy New Year!! Sheila