We have been amazed at the number of times we park to get groceries that when we return to put the groceries in the car, the person parked next to us is there also; doors opened putting groceries in their car.

There are also times when you have one bathroom, two folk need it at the same time.

I have a friend, Gary, who once said every morning when I go to work, everybody wants to be where I am.

I can remember years ago when I got $20 ahead our car knew it and blew a tire.

There was a time also when we got $50 ahead, some bill collector knew it also.

Sherry has noticed when she finds money in the washer, I just happened to remember leaving that amount in my pocket! 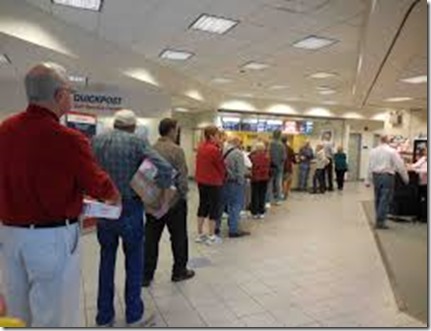 Oh, yesterday I decided to go to the PO to mail two letters ‘Priority Mail’ .  Fifteen other folk decided to go also and they all had several packages. 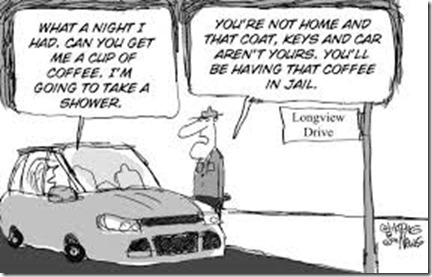 At one time we had a White Honda van. I came out with my groceries, no one was putting groceries in the car beside it. I should have known something was wrong. My key did not open the back.  Then a nice lady got out of the van and said, “You must have the wrong van.”  Why would that lady park a van just like mine that close?  hahahaha! 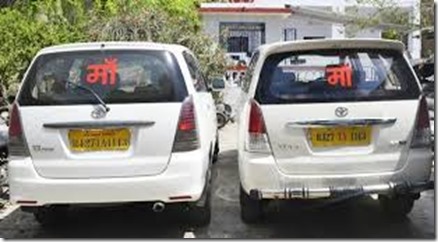 I am sure it happens to you at times also, coincidental things that is.

That is why we turn off our phones when we have $-x.  Because sure as shooting, that one time of the year, the phone will ring!

That terrible moment when you open the wrong car trunk: 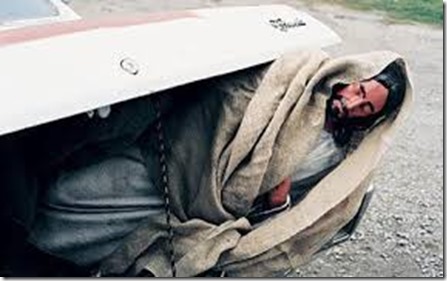 I told Sherry I wanted a ‘55 Chevy convertible for Christmas. 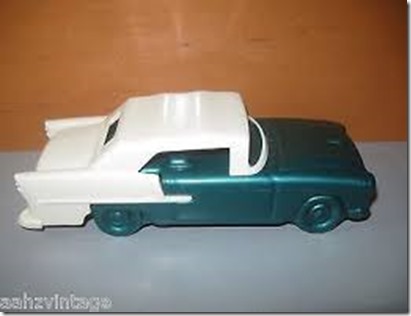 That's why I always have to have a house I'm living in have 2 bathrooms, just in case both need to be occupied at the same time :) Hubby likes to look for similar cars like ours when we are in a parking lot and if there is a space to park next to them :)

Good points!
Hard to believe, I lived my first 18 years having to share a bathroom with my parents ... and never thought to complain! Today, what a hardship!

PS - That image of the Post Office makes me shudder! Just this year they've raised their rates (again) and shortened their business hours. What's that all about?

Cute entry Jack. When I had a brilliant blue ford ranger there weren't that many that color so I could find it. I usually try to put something to mark my vehicle that looks nice but makea it stand out to me. My red Toyota has a small in good taste red white and blue decal in the back glass.

I guess I'm lucky Jack, I don't think anyone else has a car like mine, and I've not seen a truck that looked like our truck around here. If they did I might be trying to drive off in it. A while back I read in the paper where at Wal-Mart's in Andalusia a lady drove one all the way home to find out it wasn't her car. I think when I got inside I would have known it wasn't mine. (smile)Take care. Jean

Without a doubt overtime I get a little ahead something does go wrong or breakdown. Thankfully I had the little to pay for it. I have tried to get in a car that looked like mine and wasn't. When I had the ' silver streak' it seemed everyone had a silver car. Now I have the little red hen, my Ford focus and there's not so many of them. Coincidences do happen more than not it seems. It's a foggy morning and freezing here in Ohio. Hope you all have a good day there.