Accusation of lies in North Carolina 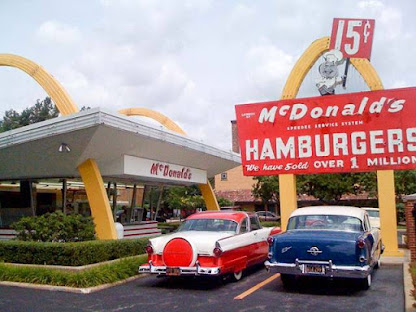 Things have been pretty sedate here in NC. I was able to work on my dragon’s tail. That is the last big dead fall in the yard on which I carved the dragon head. 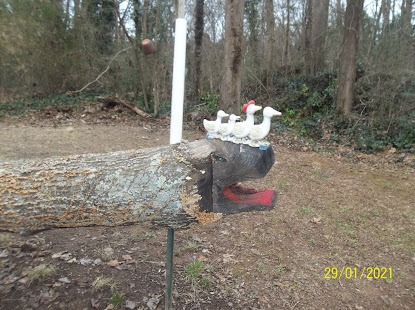 This is a friendly dragon, and he has his ducks in a row!

The kids have never been able to walk the whole tree due to a standing root system the tree pulled up when it fell. I trimmed the root system and now they can jump off the end of the reptile. LOL I will add a rail where it goes over the big ditch!

Temps here have dropped below freezing. The coach has not been in freezing weather in 10 years. That was back when John became sick in Ypsi and we went up for Sherry to nurse her baby brother back to life.

I went down to the basement and was met by Tom (Tiger 1) and he was followed closely by Tiger Two.  I allowed them to spend the night in the basement, it is warmer than the Cat House I built.] 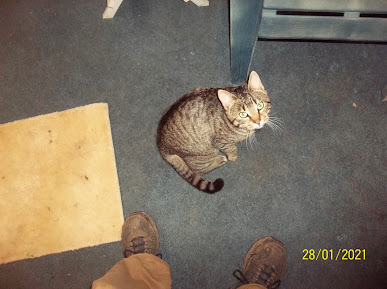 “Tiger Two is telling me it is SUMMER upstairs! I know she is lying,” said Tom.

What happened was, the night before Tom was outside and Tiger Two actually followed me into the house for the first time. She explored around and talked to Sherry. Of course it was toasty warm. If you know Sherry, she is gonna have it warm.

After looking around awhile she found a spot and just sat, seeming trying to figure-out this warm place. When I opened the door to the garage, she darted out, and went to the basement.

Later I sat with her in a chair in the basement and explained to her she could live in the warm house, but she would lose her claws and would have to be FIXED!  She didn’t’ like the sound of that, and her eyes darted around to see if fixing would start anytime soon.

BUT I did explain to Tom, “YEP, it is warm as summer up there; but to live up there would have to lose your claws and…..!”

“Don’t even think of it. I was talking to the Tom up the street, he got “FIXED”, and he ain’t happy about it.”

I told them the moral of the story is that sometimes we are accused of lying when we don’t understand what is said.

Yes, I have a lot of conversations with animals, birds, cars and even doors. TRUE   (age changes messes with your mind).

PS. If you do not get this road rage 20-30 second incident, someone will explain it.

Too funny with the white cane!
That dragon head log must provide hours of enjoyment for the grands. Clever!

Tiger and Tom's dialogues are certainly entertaining. I hope they'll continue? Did you know, my friends Sandra (4 Paw, etc.) and Pamela (Adventures of Lily Grace) have separate blogs devoted to their dog, "Beau" and dolly "Lily Grace." Here's a sample --https://adventuresoflilygrace.blogspot.com/2021/01/god-made-everything-beautiful.html

Have a sweet evening!

Tiger looks like she/he is begging to stay in the garage since its so cold outside.
I love the woods trail dragon. Glad someone has their ducks in a row.

I laughed at the video! I would think the fact that the man jumped out of his car would clue you in that he doesn't need a white cane but I'm glad each of them kept their cool! I declawed a cat that I gave to my nephew but I would never do that to a cat again! However, getting them fixed is a wonderful thing to do. It decreases the unwanted kitty population. We have a traveling vet that does it at a very reasonable fee..it's called the rascal unit or some call it the neuter scooter! Ha! Have a good day and stay warm. It may be chilly there but we just got about 6in of snow and about 2 more expected today. Throw in temps in the 20's I think I would take your weather!

Yes it is nice to see someone with their ducks in a row these days. How cute that dragon is! You do make it fun for the kids and that includes letting the cats in the basement. I can only imagine how good it must feel. More people should bing their pets inside when it's below freeing. The do get cold too.

i talk to the animals too. i'm glad you are looking after the kitties. the basement, while not as toasty warm as upstairs is better digs than outside with those temps. we got 6 inches of snow here yesterday. those cars and that McDonalds bring back memories, especially 15 cent burgers. i used to get orange soda too and it was always 5 cents more than colas. not fair. you two take care and stay safe.