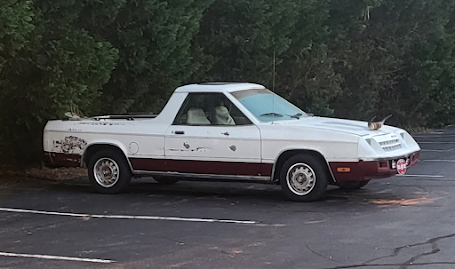 Some thoughts for today:

During my youth in the late 1940s early 50s there was an outbreak of the terrible disease Poliomyelitis. The disease had been around a long time, there were hundreds of thousands of cases.  You have heard of the Iron Lung that kept people alive, but terribly confined. 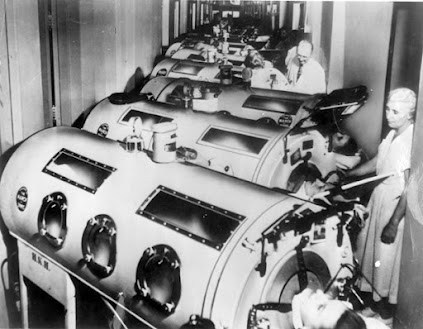 We were all scared. Schools were closed children were kept inside because we were more susceptible. Even daring kids who were afraid of nothing, stayed inside. 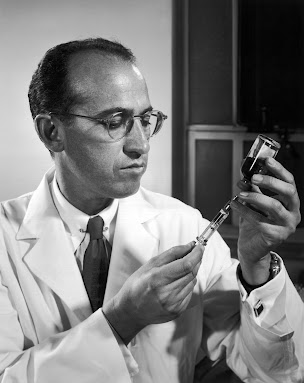 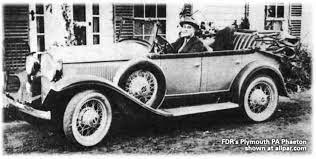 FDR's Plymouth using levers to work the pedals he did drive.***

Jonas Salk and President FDR were in my life time. I smile because up to the 50-60 time most mill workers were Democrats, BUT my Father in Law was a dedicated Republican, however, he sure liked FDR.

Oh yes, two more people important in my life were my in-laws, Wiley and Susie Harris. From poor beginnings and as life-long cotton mill workers they succeeded in building and paying for, three houses on mill workers pay. (Susie even nursed her babies on breaks at the mill)  They did that while raising 7 kids and living on a ‘Mill Hill’. Two houses they built were rented out until retirement and one was for a brother who had been disabled in a motorcycle accident. I would bet they were in the top 1% in handling finances. Their wages started (1914) at $8 each a week and ended at $36 (after taxes) a week (1958). 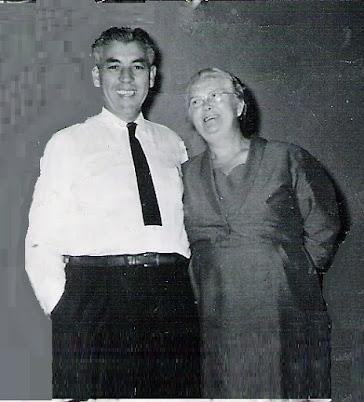 Salk & FDR made international news while some heroes are never seen outside families.

PS:  wise quote: Each of us experiences defeats in life. We can transform defeat into victory if we learn from life’s whuppings.   Les Brown.

*** Really! Once Sherry and I caught a ride from the Appalachian Trial during our hike. The driver had no use of his legs and actually managed the brakes and accelerator with his  walking cane.

Great post, Jack. Quotes and advice, all-in-one! Thank you for all the time and effort to entertain ~ you're the BEST. Lotsa love from Chobee, Glenda

Polio was terrible but thankfully they found a way to prevent it. At 4 years of age I was stricken with polio but it was a light case. I only lost the use of one leg and recovered fully thanks to the help of a loving mother who nursed me night and day. Wrapping hot towels around my leg. I'll never forget the sensation of waking up and not being able to use my leg. I was rushed to the hospital and given a spinal test that showed I had polio. The doctor said with nursing I would fully recover and I did. I also was in line to get the polio vaccine when it came out. Thanks to wonderful men like Dr. Salk, we no longer have that to worry about.

I never knew anyone personally who was afflicted with polio, but I sure remember the fear. Like it was last year, I remember lining up with my kindergarten classmates to get a wee paper cup containing a sugar pill (vaccine).

As you've pointed out, adversity can strike rich and poor alike - but a lot of good folk choose to rise above it and play the cards they're dealt.

one of my high school teachers had had polio. Such a horrid disease. Thank goodness for Dr.Salk. I remember as a youngster being given a sugar cube with the medicine on it. Times were tough. But people made it through with grit and determination.

Polio struck a dear school friend when she was just a child. By her adult life she was wheelchair ridden and still is. She is an inspiration with her forever upbeat attitude toward life, thanking God for every breath she takes.
We also were given the ' sugar cube,' preventative. Thank God for the wisdom of science....
loven'hugs from our Great Up North, where, Yes, it's snowing those flurries again. The bears are out of hibernation as I cleaned up 5 feeders, one smashed, another 'gone.' I'm sure it'll be a bear snack later. lol

Polio had some victims in our small farming community, but have no idea who. I remember the sugar cube with the vaccine. It was nothing. Smallpox shot was scary.

IN a small community, diseases can spread quickly.

I'm sure I've commented here before.