A New Wrinkle in Our horn

My daddy’s saying. When he experienced or learned something new, he would say in amazement, “That is a new wrinkle in my horn.”

I wonder, do cows get more wrinkles in their horn a they get older? 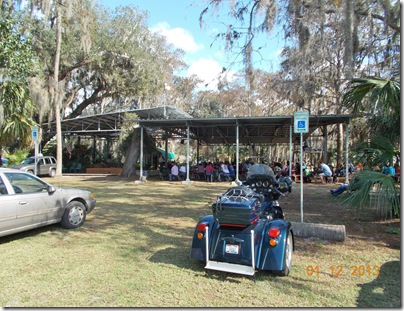 I have tried a lot of things in my life. I have never tried to ‘push’ my opinions on anyone. Religion? I consider myself a Christian. I’ve had friends who would not agree LOL, but we all have opinions. I have said it many times, It is hard to imagine anyone preferring chocolate over Butter Pecan Ice cream, some folk just don’t make sense.

But over the years I have learned that humans (over all) do the best they can. Some cannot do as good as others, and some do better, but we all try. 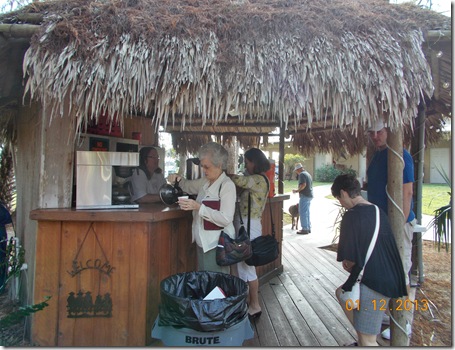 (Sherry got us some coffee, before going in)

Never been to a Cowboy church. So when David Luke asked me to attend with him, his sweet wife and Glenda. We made a dater for yesterday. 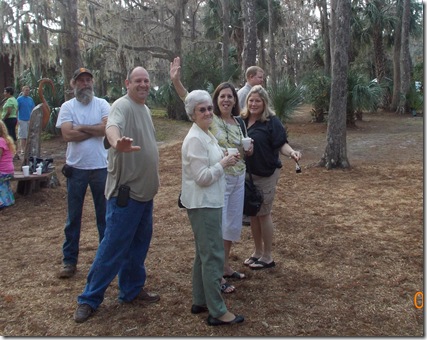 WOW a beautiful setting. Giant Live oaks, palms and a few orange trees thrown in. Folks of every shape, color and size. No dress code of course, but it was from shorts and halters to complete cowboy attire including the Stetsons. 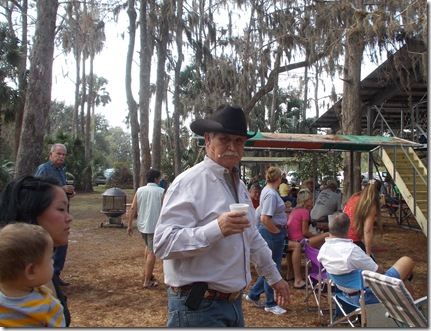 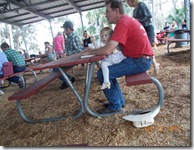 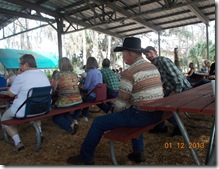 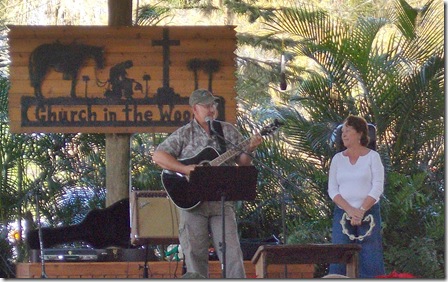 I could not understand the words, but the sound was good, a couple and a guitar. (I was disappointed they didn’t ask me to sing) I am sure they will next time. 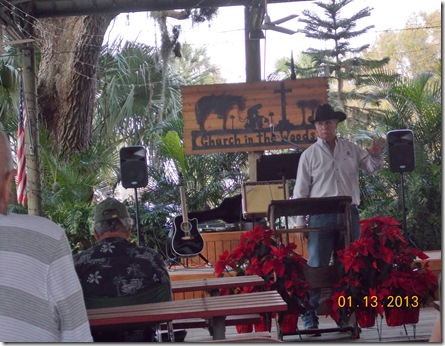 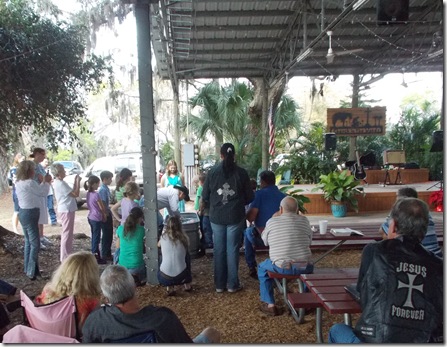 Sherry said it was a good sermon, and the preacher also baptized a convert in a horse trough. (I thought that was a neat trick).

Dogs attended, this one became bored. 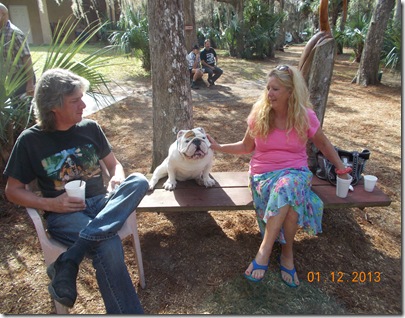 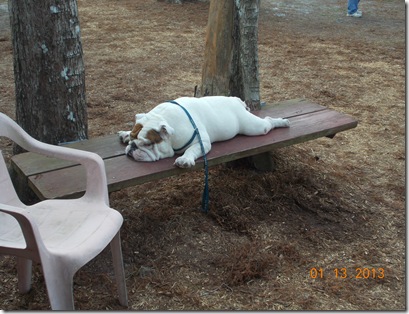 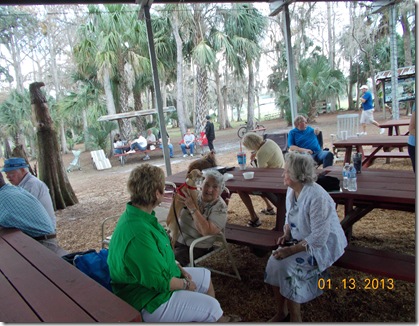 More ladies with their dogs. 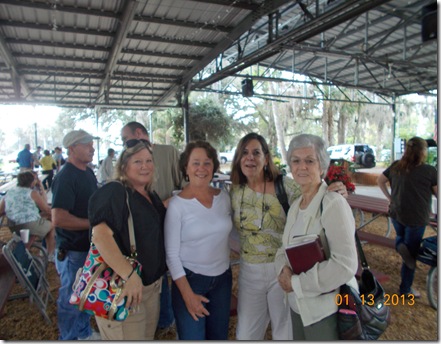 The girls who were plotting and I did not know it! More on that later. 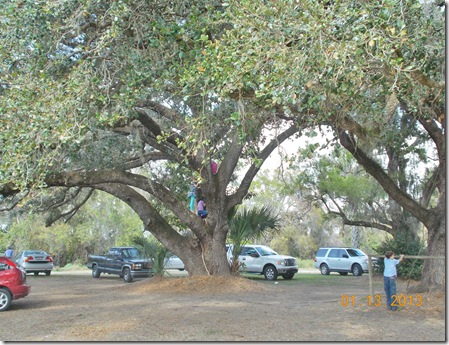 Ahhhh, after church, can you imagine these huge live oaks for the kids to climb in while mom and dad visits after church? They were having a ball.

It was a wonderful time This is Freedom Ranch, very patriotic, very loving folk. It was a GOOD wrinkle in our horn.

It is not the type of shoe or boot you wear, but it is how straight you walk, that counts in this life. 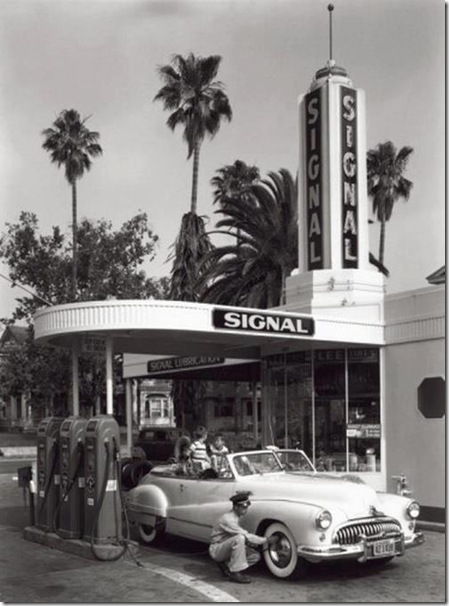 My kind'a church...!!
Enjoy the warm weather...we should be sown to single digits by this weekend..!!

Love it!
So glad that you and Sherry enjoyed your attendance at the Cowboy Church.
It sounds like a wonderful church to me.
Sending warm hugs and smiles,
Jackie

This is my kind of church I love the out doors. This is a good way to get young folks to go to church.
Most would go but hate to get dressed up. Love the pictures it looks like you and Sherry's having a great time with all your friends. Take care. Jean

Glad you had a good service there at the cowboy church. It looks like a beautiful place. We've only got up to 30 degrees here this afternoon so I guess our warm spell is over for now. Hope you all have a great Monday!

Jack, you captured the essence of Freedom Ranch, in your photos and your comments. It is a wonderful place!

Oh my gosh that is the neatest church I have seen - God IS everywhere and anywhere.

Glad you all had a nice worship service. The cowboy church here have from 800 to 1,000 every sunday or they did when we went there. Guess they still do. They have brought in old men who wouldn't dress up for regular church but are comfortable in their jeans and boots. Once a month they have roping for the youngsters but they must attend church in order to participate in the roping.

Cowboy Church different. I loved
to see how bored the dog was but
I know it was happy not to be
left at home alone. It looks like
a beautiful place and good for worship.

The guy checking the front tire on the Buick looks like Don Knots, maybe he has a new job.

Those would be cool trees to climb! Sounds like it was a good venture for you and Sherry. Now I know what a cowboy church is. Wonder what happens on a rainy day? But I do like that dogs are included :)

We used to go to church outside under the maples and pines at a couple of the campgrounds we'd stay at when the kids were growing up. They loved it just as much as we did. I loved this and maybe next time they will ask you to lead a song or two.
LoveYouGuys..DarNBill

Love that "Cowboy Church" with the open air spaces around you - but it's difficult in June July and August because of the mosquitos! We know from personal experience in Wimauma.

Yes, like your sister pointed out, I think that's Barney checking the air in the tires of that Buick!

Hey, Birthday Boy, e-mail ol' «Louis» a nice slice o' that Pineapple Upside Down Cake! That's one of his favorites! Happy 47th to you!