People I remember, that were different

My daddy was a wise man. I once made the mistake of calling someone a bum. Dad knew the man. “Son, Dugan is not a bum, he is a way-faring man. He sells razor blades,potions and hair pins.  He also does odd jobs to earn money to go on down the road. A bum does not work.” So in 1944 I learned that Dugan was really a modern Gypsy.

In Burlington, NC in the second grade I met a man who daddy said was a Blue Baby. I remembered his name for years, but that was in 1946/47. He was a very nice man but tired easily. His finger nails were bluish and he had a bluish tint. He was a studious man. His walls were lined with books. He was in his thirties. He died later that year and dad preached his funeral, a sad time, I was about 7.

The scariest man I ever met I was nine years old. We lived in Albemarle, NC. One day Shirl and I were riding with dad  and he said, “Children I see a friend ahead, we are going to give him a ride, he is a nice man, don’t be scared of him. I call him Wooly, he has never told me his name.” Dad pulled up beside him. All the windows were down in the car, and dad called across the car to him, “Want a ride Wooly?”

“Yes sir Reverend, I would appreciate it,” came a quiet voice that did not match his looks.

Wooly was a tall slender man, you could hardly see his face for hair and beard, I had never seen a man with long hair but Wooly’s was. He wore dark clothes and it looked like homemade sandals. He got in the back seat WITH ME. He smiled at me and I got as close to the other door as I could. Dad and Wooly talked for a few miles then he got out.

Dad told us that Wooly belonged to a religious group called Israelites, they did not cut their hair nor drive cars, among other ‘odd’ things.  And I thought, I sure am glad I don’t go to his church, ours is bad enough!!!

The most infamous was Steve Chambers. We knew him when he was about 5 years old. He lived in our little wooden house that we rented out when I was sent to GITMO. He lived  with his mama and siblings. His mama was bad enough, she would not pay the rent. Finally while I was overseas Sherry had to have them evicted.(That is a story in itself).  Steve grew up to mastermind the largest bank robbery in North Carolina. Stealing $17.3 million from Loomis Fargo. The third largest heist in the USA. Of course he was caught later. His mom also went to jail.

There are a lot of ‘different/odd’ folks in the world, but those are some of the ones I have met.

Who ever said, “Never judge a book by its cover”, said a wise thing. 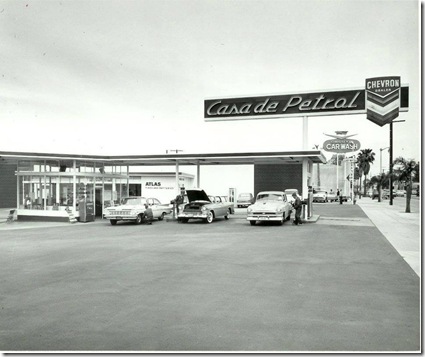 Methinks I see a Nomad in the middle.

Man you sure did know a variety of people - I have never heard of that group. And you knew the bank robber - did they get the money back?

You have the most interesting stories to tell, and I enjoy reading each of them.
I wonder whatever happened to Wooly...
I am thinking he would fit right in with the Robertson's at Duck Dynasty. I love that program. I didn't watch it at first thinking it was another of "those" reality shows that wouldn't interest me...but I watched it one time and was hooked. I look forward to Season 3.
Hugs and smiles,
Jackie

I believe every town has its eccentric folk. Our hometown had more than one. I've never been afraid of them, guess that would be because we were taught early in life that we are not all the same, but that doesn't make us bad. Then Mom explained that she used to babysit for the guy known in our town for being a little different.
'love & hugs from afar'

I don't think I've known any famous or infamous people in my life. Good thing we are all different though, it'd be boring if we were all the same. Hope you all are having a terrific Tuesday!

thank you much for this inspiration !

please have you all a good wednesday.

We had an old neighbor down the road named Fred who was the local drunk, good guy, just liked his booze. He was shunned by many, but dang it, there wasn't a better human being in the world than Fred when he was sober. Made me understand that just because someone doesn't fit the mold we expect of others, doesn't make them a bad person. Thoughtful entry Jack, enjoyed it!

My Mama always said my younger sister was a "blue baby". I never did know what that meant. She doesn't look blue to me.

Oh my gosh with the bank robber; perhaps he should have robbed the bank before he had to get evicted :)

What an interesting character of people you have met/known Jack; could be a good book of short stories about them!

We had some odd folks, too. There was a pair of brothers who lived very simply. One was Tom Blake, and the other was called Bicyle Blake because he rode his bike everywhere he went. Sometimes we gave Tom a ride (he lived about 6 miles from town). He carried a leather bag. Sometimes he carried beans in his bag to sell.
Rufus was another odd man. He just walked about from place to place, living in the woods or in barns, and eating handouts or box turtles. I didn't think of them as odd when I was a kid. I think I just accepted everyone at face value back then.

I love reading your stories.

You certainly have met many people and still do.