Some things just come naturally, others not so much...

Whites and coloreds.  As a young husband I had to learn the hard way that you cannot wash your white T-shirts with a red dress.  I think girls know that naturally. I remember watching mama on wash day, but I did not pay enough attention. I loved seeing her feed the clothes thru the wringers. A couple times I would have gotten my fingers caught when she allowed me to do it, but mama was watching. 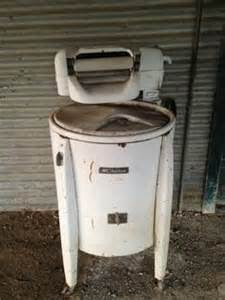 In the Marine Corps we had to wash our clothes by hand. We were issued a bucket and used ‘cake’ soap and scrub brushes. We didn’t have anything that would fade after two washings. But then of course nothing was washed together, each piece was washed individually.

I learned thru practice that normal threads on screws, nuts, bolts, jars and lids tighten clockwise and loosen counter clock wise, it is a natural thing for me.  Girls have to learn that the hard way.
Some folk learn after being told once, others it takes two or three times. Will Rogers said that “Some folks believe signs, others have to pee on an electric fence before they believe it.” 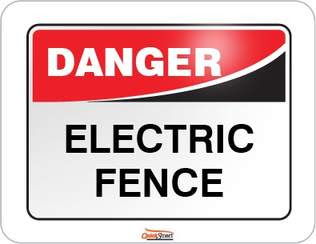 Aboard ship there are men who chip paint and re-paint daily to keep up with the rust caused by salt water. It is very hard to keep from touching paint to see if it is still wet, as the sign says. I remember one ‘side cleaner’ (as they were called) who put up a sign “WET PAINT, test this sample” and he had added a sample on the sign.

Following directions is always good, especially after you have tried unsuccessfully to assemble something without reading them.
Women usually read directions and instructions where men try to fake it and try using logic, sometimes it works. There is an unwritten rule somewhere that says: IT DOES NOT WORK that way, WHEN YOUR WIFE IS WATCHING.
Nite Shipslog

Son learned the hard way about mixing colors with whites when he didn't check the washing machine at the laundromat; someone had forgotten to remove a red shirt; his whites went in and came out pink :)I still am tempted at times to touch when something has the sign "wet paint." Maybe its a curiosity?

I have to wash very little clothes in the winter. Summer is different you wear more washables. I also got my fingers caught in that old washer. I thought it was fun sending them through the wringer. We sure have it easy today with washers and dryers. Hope you have a
HAPPY NEW YEAR.

NOW I know why Marines are so fearsome ... having to wash their clothes by hand in a bucket?!?!

Oh, but I loathe having to discern and follow printed directions! My favorite M.O. is watching someone else do it ... even better, if they do mine at the same time. LOL!

Wishing you and Sherry a good New Year. If it is good it will be happy, right?

what a cure post1 I think we all learned the hard way about washing reds and whites. My husband has a few pink pair of underwear. haha.