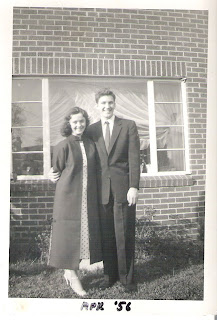 Dale and Hazel Hartness, They were married just a short time after THE TRIP. 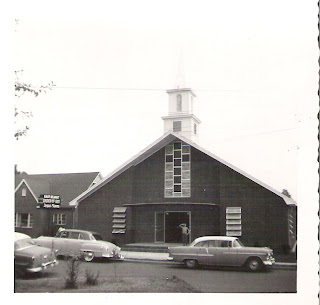 A picture of the church after it was remodeled. You can see the parsonage to the left. Doug CArver's 55 Chevy out front. 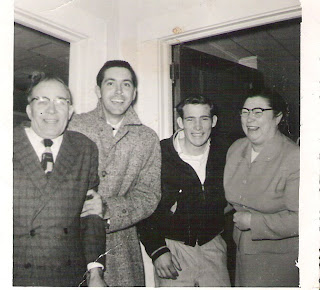 Dad, a young Evangelist, me and Mom during this period of my life. 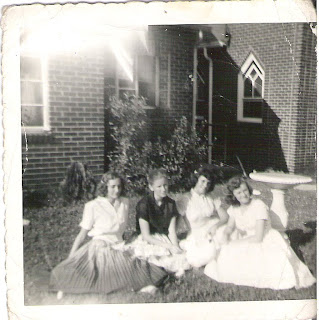 Sherry on the right posing in MY front yard, the Bird Bath was made by my brother Jr. who was doing well in that business. 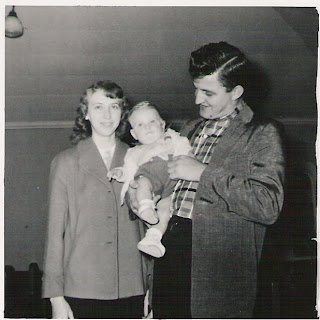 Grace and Doug with their frst born, Joey! 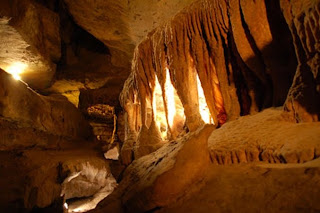 Inside the cave to Ruby Falls. Take note of the light bulbs. 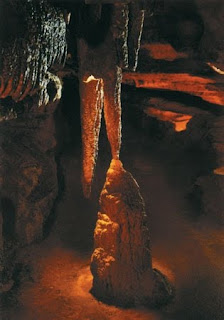 sights on the way down the cave. 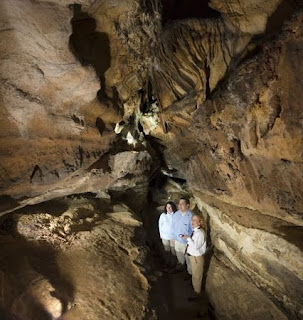 More formations inside the cave. 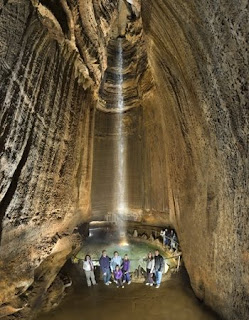 Ruby Falls itself, a giant cavernous opening at the end of the tunnel. 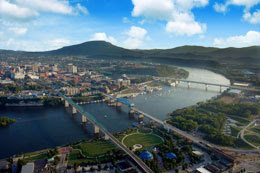 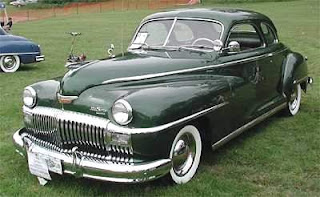 I was sixteen years old. I had some friends, not close friends because they were older than I. For some reason they invited me on a trip to Chattanooga, TN. To this day I do not know why I was on the trip. As it turned out it was an exciting and very ‘different trip’. The trip was in Dale Hartness’s 1948 Desoto Business Coupe. Billy Ogden and I were in the back seat. Doug Carver (who had married Billy’s sister was in the front seat.) The first thing I remember of the trip was going up Lookout Mountain to Ruby Falls. If you have never visited Ruby Falls and you are near, it is worth the visit along with Rock City.
Anyway to get to the falls you take an elevator Way, way down to a cave. Then there is a long walk back to the falls. The walk is beautiful with stalagmites and stalactites along the way. The way back then was then lighted by a stringer of wire with bare 100 watt bulbs just above your heads and tucked into the walls for affect. . AT the falls they turn out the lights and you are in total darkness then there was a colored light show on the water fall. On the way out of the cave I noticed Billy and Doug hanging back…. And back. Dale and I were at the end of the entourage. I looked back to see The cave completely black behind us. Doug and Billy were unscrewing all the lights as they past. I nudged Dale and we started making our way to the front of the crowd. I wanted no association with the culprits. After we were clear we did get a good laugh out of it. (Doug became a well know preacher in Connecticut, but I never let him forget his mischief. Sorry boys if I have burst your bubble about your grandpa Doug, Doug is the grandpa for OUR twins on the mama’s side.)
Going down Lookout Mountain, Dale’s brakes failed on the Desoto. WE gained speed and Doug and Billy asked forgiveness for the mischief but it did not slow the car down. Fortunately there was a car in front and Dale hit him in the rear. The man knew exactly what was happening and slowly stopped both cars. Back then bumpers were BUMPERS ALL METAL there was no damage to ether car, the man was just glad he was there because we were honestly headed to a high cliff and could not have made the turn.
After the excitement we settled down on the trip back to NC. On the way it was suggested that I ask Sherry out on a date. Are you crazy she won’t date me. Dale or Doug said they would ask for me.
They did, Sherry being the girl I have grown to love says , right smartly, “If jack Darnell wants to go out with me let Jack Darnell ask me!”
They assured me all I had to do was ask, she was crazy about me. Just waiting for me to ask. (I KNEW THAT). HAHAHAHA!
Well I finally got the courage, and ask her to go to Tony’s Ice Cream Place after church. She accepted and she kissed on the first date, sorry kids but it is true about your mama and grandma!!!~!!
Thanks for coming by the shipslog.
Nite Shipslog
PS:
Back in mid 1950, you could hear these dire predictions in Belmont, NC:
'I'll tell you one thing, if things keep going the way they are, it's going to be impossible To buy a week's groceries for $20.00.

'If cigarettes keep going up in price, I'm going to quit. A quarter a pack is ridiculous.
Posted by jack69 at 11:57 AM

Love your photos and stories. Glad you kissed on the first date! LOL

I guess we are getting the rest of the story.
I am sorry that the Grandkids are hearing about
their Grand-dad and Grandma's mischief. Looking
at the pictures sure brings back lots of memories. Glad Dale got the car stopped.

I remember those good ole bumpers. I'm glad you all had those back then and were safe. Other wise we wouldn't be hearing all these interesting stories.

see, I think you "had" to go on that trip so that they could suggest to you to ask Sherry out; maybe the whole trip was an initiation thing with them checking to see if you were "worthy" of dating Sherry

wow, must have been scary when the brakes failed

loved it that those two would take out all the lightbulbs, good somewhat clean fun

A date at an Ice Cream Place - till tonight only saw that on TV. So nice to read/see/meet someone real who has been there. Makes me really glad and provides some kind of hope that my son will be able to find his life-love while buying an honest ice cream.
A wonderful Friday to you two.

Thank you Jack for your support today and I am sure you know I include Sherry in that. Love the pictures. I was on the computer very little today but put a picture on my Day to Day blog of me and my sister but I know you would have rather had a full picture of the car that sort of shows. Glad someone stopped that run away car.

I am grateful that you didn't go careening off the cliff in Chattanooga. We would have missed knowing a great couple and his equally great sister. I hope that earned me some points from my previous comment... :-)
But I meant every word, take care, Sheila