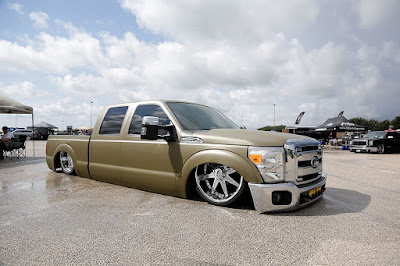 The 2000s Customs, Up the Ford below the Chevy

(Note custom idea taking from the 50's, no door handles!) 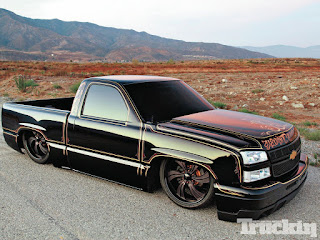 (all pictures from the internet)
The here and now: 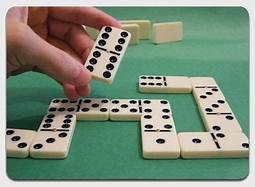 (I have been inspired for a long time by Darla and the folks in the North country with table games during the very cold winters.)

Since our longtime friend Marian taught us the game called Mexican Train (a dominoes game), we have continued to enjoy it. One game consists of 12 smaller games (sets). We normally play 3 sets a night. 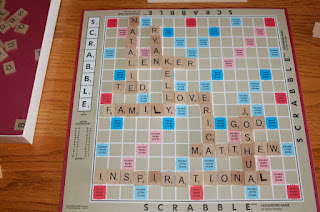 We are trying to mix in some Scrabble, I should be fair at that game, but I am not. In our family Sherry is the ‘speller’ and word warrior. 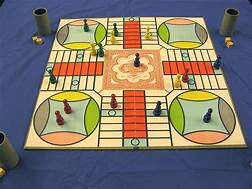 (Is the above game Parcheesi?)

In my youth Shirley and I played Monopoly, Sorry and Parcheesi (?), (I don’t remember a thing about Parcheesi).  I know we had ‘Old Maid’ cards but not the cards with Aces, Kings, jacks and stuff, ‘them dudes’ would send you straight to hell. 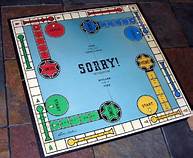 When I got ‘growed’ and on a ship some of the boys taught me to play poker one night. I lost $35. I learn slowly but I learn well, I never played again. Mama was right, I had a feeling if I lost any more, ‘hell’ would have been the least of my worries on this earth. I had been married less than a year at the time and making $78 a month. LOL

When we started traveling and passed thru Nevada the slots in Vegas took money and you pulled a lever. Then I would put a few quarters in, but now since they use a card and press a button, I haven’t wasted any money.

I do buy a lottery ticket. The most I have ever won was $78 in the Arizona Lottery.

Are you a gambler or chance taker? Have you ever won?

PS: I think the moral of the story is, board games lead to gambling, whiskey and dancing!  LOL

My mom used to play Parcheesi with my kids. She always tried to cheat - and they caught her - so many laughs - good memory!

We played a lot of card games growing up; wish I could remember all of them, just remember some. Lots of board games too. Liked to play bingo when I was old enough to; enjoyed winning, but really just enjoyed playing. I too miss the old slot machines when you put coins in; the cards just don't make as much fun!

We played a lot of board games. Think about this....”How many people actually finish a game of Monopoly?” Anyway, speaking of a deck of cards. THey were not allowed in my house growing up. Daddy once found a deck stashed under my bed and I had to convence him that they were not mine or I was heading to hell too.

I love board games, dominos and playing csrds too. I'm not much of a gambler at all but time spent with family around the table playing games of all sorts is a lot of fun. We talk and laugh a lot and include the little ones when they sit still long enough too.

Sweet, the mention of our love of games. It sure makes a long winter seem less cold sharing a card game, cribbage, dice around the table of laughter with the family. Mom is constantly saying, 'It's just a game.' That's usually when she and I are partners getting Smeared !!! Is placing a chance on a football game considered gambling???? Andy's wife just won enough to get something for 'themselves' which doesn't happen often. They are big campers and the kids love water sports so they bought 5 kayaks. This summer's adventures just got even more exciting. As for the custom trucks, they would be hard pressed up north to get around hitting all the potholes...there's no room to bottom-out in the custom rides LOL
loven'hugs from up north where we finally got a bit of snow, about 4 inches. Tonight the 2nd storm rolls through bringing more. We need it. A lot of folks are becoming disabled with frozen pipes and sewers so the insulation of deeper snow is more than welcome. Hug your bride and yourself for me.

Not sure why Tom and I don't play board games; or even card games for that matter. I think we've a couple right here on the closet shelf. That would be a super alternative to the mindless junk that passes for prime-time TV these days.
Nope, I've never been drawn to games of chance. In the first place, I'm a coward (*smile*); and secondly, (I think) slots aren't that different than tossing dollar bills in the toilet bowl and pressing the plunger.