Things I THOUGHT I KNEW! 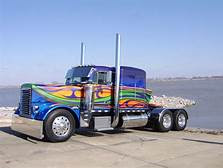 Twin stack Peterbuilt! I Thought I knew what trucks hauled, but this has me stumped!  LOL
The now:
I have been fooled many times, thinking, ‘I know!’

Once I ‘KNEW’ my Band leader wasn’t much of a musician, but then I heard him in concert and he made a REAL believer out of me, he was fantastic..

Another time when I thought I could drive, I rolled my treasured ’48 convertible. Gripping the wheel when she settled back onto her wheels, I realized I was very dumb.

Twice in our travels we have been ‘detoured’ due to a ‘mud slide (Westcoast) and a Rock-slide (eastcoast).’ Both times the news said, ‘it will be months, maybe years opening the road.’ I laughed at that. I had seen ‘several rock slides’  cleared in a matter of hours. 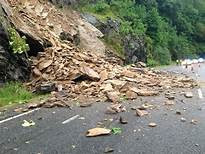 The slide that blocked I-40 between NC and TN was caught on camera. With cameras rolling a ‘hotshot’ lady expert from Nashville landed via helo. She made a couple fast checks with her equipment then immediately yelled out orders,

“EVERYONE BACK LEAVE THE equipment! Move it!! MOVE IT NOW!!!” Some moved faster than others but they all moved.
The camera site was at least a 500 yards out. The men ran ABOUT HALF WAY. 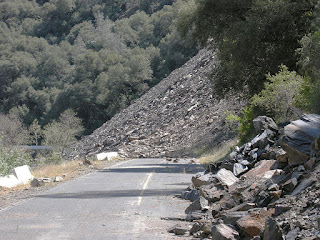 As if on cue after the last man was CLEAR the entire mountain seemed to move and millions of tons of dirt, trees, rock and debris. I actually gasped as I saw the action on camera. I have never seen that kind of destruction. If the lady engineer had not arrived and tested when she did, about 50 workers would have been buried, none would have lived. I just THOUGHT, I had seen a LANDSLIDE! 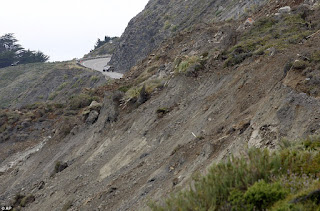 (The Big Sur mud-slide out on the West Coast!)

I have heard people say they were flooded with spam. I THOUGHT I understood. But last night my ‘Blog Reader’s List’ was hit by about 80 spams from IKEA!  If I missed your blog to comment I am sorry, I am still digging out. Now I KNOW aggravating SPAM!
Nite Shipslog

Just when we begin to think that bears are cute and volcanoes are pretty, things turn nasty.

Such an event is a good shake-up reminder that we are not in control.

Guess we always be on the look out - and never assume!

Oh my gosh with that spam from IKEA. Makes you not want to go to their stores! What a mess to try to sort out. That must have been some sight to see with that landslide! Glad she made that call and people listened and got out of the way.

So true, just about the time we think we know something, it changes. I don't think I'll ever get to the point where there is not something new to learn. Wishing you both a very Happy Valentines Day! You are my favorite couple!

That landslide on I-40 sounds daunting, so good they caught it in time. Wonder how long it took to clear that one?
Happy Valentine's Day to you two!!!

Blink and things, thoughts, Will change. I agree WE are Not in charge. Some things in God's plan we do not understand but accept. Happy V-Day to the sweetest, most in love couple I know.
loven'hugs from up north where we are still ' digging out ' of the deep snow.