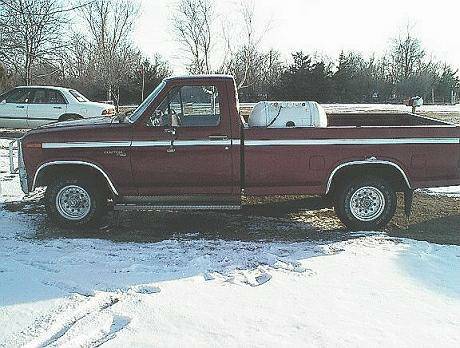 I had a great idea of a blog entry. I received an fascinating video a few days/weeks ago about interesting jobs. I intended to have that video only as an entry. An idea stolen from Myra. She put a great kids 'song' video on last night. That I enjoyed.

After the song I hoped to find Grandsons' Joshua and Stephen on Youtube with a Christmas song but could not.  Gotta check how to find my own Grands' page.

So then my idea was a flop, I had saved the video I wanted on my dying DELL computer. Imma see if I can find it.

In the mean time I was wondering how far back in your life you can actually remember?

For me it is probably 3-4 years old.  I remember riding on a trike of some little girl, it could have been my sister. But I can remember clearly holding on to her shoulders as she pedaled the trike on a side walk in Shelby, NC.

Back when there were no screens on windows and of course no A/C. I remember sitting on a window seal and clearly remember seeing below me outside; our cat Tom play had a mouse he had caught.  It was fascinating. Tom would hold the mouse under his paw and then turn him loose. The mouse thinking he was free would scamper a few inches only to be caught by Tom's other paw.  This went on for awhile before Tom killed and ate him. I remember it  did not bother me to see Tom eat the mouse, that is what cats did.

I also remember standing in our front yard, holding a wooden rifle to guard against 'Jap& Nazi Planes during the black outs of 1943-44.

Those are actually my earliest memories.  I know they are my earliest because we moved from Shelby when I was 4.

Hope you can find your grandsons' YouTube channel. Would like to hear their music. My earliest memory was from kindergarten so I would have been 4-5 years old. I remember nap/rest time.

I'd have to say my earliest memories were probably when I was 3 or 4 too. I don't have any before then I can't pinpoint many of them until I was about 5 because it's then I had two younger sisters. They were some of my wonderful memories of the days we were young. Your memory ia better the mine.

Fun topic! I've been going through old b/w photos for both my FB and blog countdowns, surprising myself here and there: "I remember that!"
To answer your question, I think my first clear-cut memories are of kindergarten. The glorious-smelling paste and little carton's of milk with flavored straws that turned it strawberry or chocolate. Fascinated, too, by the classroom's big clock ... it's second hand tick-tocking the day away.

One of my first memories was also when I was around 3 or 4. I remember Dad putting a latch high on the screen door because they caught me outside washing the old hand pump...I was told I would sleep-walk so the latch was for my safety. lol I also recall when I could first see over the top of the kitchen counter without standing on my tippy toes. Oh, and of helping Mama pick green beans.
loven'hugs from up north where our 1/2 inch of snow is still on the ground. I hope it stays thru Christmas but then it can go away.

Another memory "maker"! I remember being about three years old when Juanelle was two, we had so much fun with her following me around the farm! Then along came Irma...yep, great memories!!! Hugs, Glenda
p.s. I've been fortunate to find a good painter, he is doing a great job and his helper is amazing! Getting a lot of stuff accomplished, so happy, so far....they just got started and it's looking good!!! Love y'all, Glenda

I remember some things as far back as six years old. There are some things I do not remember though until I see an old photo.
There are also a few years I would like to forget. Ha.

I think I remember as far back as three years old, maybe a bit earlier? I remember my family's 1951 Studebaker (bullet-nose), which we only had when we lived on India Street in downtown San Diego; and we moved away from there in 1959. I also remember the converted storefront in which we lived, and the beverage truck (panel truck) my dad drove (Coca-Cola emblazoned on the side) for a living. I remember my parents raised Boxer dogs - the dame named Vixen (Vicky) and some of the puppies. I have some other memories - of my crib, and b&w television, and my dad's workshop, and Balboa Park.

How 'bout that? I guess I remember more from those days than I thought I did!