Jesus Fixed my teeth/WOW is my face RED! 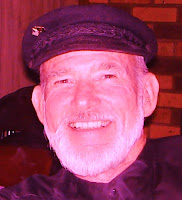 J· Honest! I am a church going guy, raised in a faith believing church. We believe in healing. If we got sick, it was prayer and/or kerosene. Daddy believed the Bible, word for word. Our whole family was raised and I don’t know of one that was taken to a Doctor until I came along (I am the sweet baby). Then things just fell apart. It seemed it was hard for the Lord to deal with me. Oh the rusty nails were okay, the headaches, toothaches, the bumps, the bruises, the cuts and we didn’t get Polio, etc. BUT evidently it was hard for the Lord to deal with a boy who sticks his hand into a vat of boiling tar. I think Jesus understands ignorance but has a problem with stupidity. After a day or so, it was Doctor time on that one, my faith wasn’t much good. Oh yeah about my teeth! It is true this is my Blog and I would not lie. I found him on the Campground flier there he was plain as day: JESUS PEREZ, DENTIST. You have to trust a man named Jesus. He even made me a pretty tooth, did it without an appointment. There was one difference with him and the REAL Jesus. This guy I had to pay! He did not care how much faith I had, he had a family to feed. ( I did fill out four pages front & back before, even had to pay in advance, do I look like a crook? That Jesus did not trust me. It is sorta imbarrassing when they ask your Physican & Dentist and I put NONE.)
Okay, my face is red!
Okay how do I straighten this thing out? Do I have to send the Birthday gifts back? Shoot! No it was not my birthday, I lied. When I was describing my dad’s life and mine I was counting actual days of life. We were nearly born on the same day. He on the 14th of January and I on the 17th. Differing years mind you. Hahah! Dad was born in 1903 I was a little later, 1939. (See if Dad had not remembered to die he would be 105 years old.)So in actual days I have lived a longer life than he. He never reached 70, I hope to this coming year.

So I guess that is clear as mud, but thanks so very much for the Birthday wishes and gifts. You guys are great. I am going to save them. Yes Shirl, I know it will embarrass you but I am keeping the presents toooo!
Thanks for coming by the Log.
Nite Shipslog
PS: I am not a gun nut, don’t belong to the NRA, but support most of their stands and creed.
An armed man is a citizen. An unarmed man is a subject.
*****A gun in the hand is better than a cop on the phone.
*****Colt: The original point and click interface.
*****Gun control is not about guns; it's about control.
******The American Revolution would never have happened with gun control
Posted by jack69 at 11:14 AM

We'll have to ask Shirl about you being the sweet baby. Can't wait to see what she says about that one, hahaha.
Naaaa, you didn't lie, we just misunderstood. Nothing wrong with getting birthday wishes a little early. I know Shirl got a good laugh out of it and we know you would never do anything to embarass her,lol.
Glad Jesus was able to fix ya right up with the tooth problems. Mine were healed a long time ago, well, unless I drop them or something, lol.
Debbie

Glad Jesus was able to fix your teeth...cute entry!

Have a good night
Hugs
Terri

It is had to believe Jesus let you
sit in his chair after reading your
information. Jack tells a stork brought him and a Turkey delivered me. The boy has a problem. It only takes a visit to the attorney to change my will. Remember 3 strikes and your out you have 2 and lots of fouls and bordering on 3.

Jack sometime it will take my
comments others is does not know
me. This blogging is for the birds. I use the same password
The problem they can't remember.

I enjoyed your lastest entries, *(Kerosene)!! Oh the sweet fond memories of springtime, Grandama making us a cup of hot tea- dash of ginger and honey and a then having to close our eyes, open our mouth and in went 1 tablespoon of Kerosene to swollow, *(Tapeworm cure)then drank the tea!!!!!

and then after school in june, a short "high and tight" haircut, a rag dipped in Kerosene wiped over the head BECAUSE the neighbors had headlice and it was off to the pond for a swim and rinse!!

Don't know if its your birthday or not so will wish you a "Happy Jack Day" each and every day!! Semper-Fi!

oh, I understand about your birthday/age thing now; I thought I had truly missed it; now I'll have to remember its in January

we have lots of Jesus' here living in So. California; still gets me though every single time I see their name written