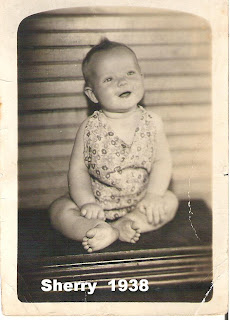 At a very young age she was learning to sew, this is a tredle sewing machine she is on. 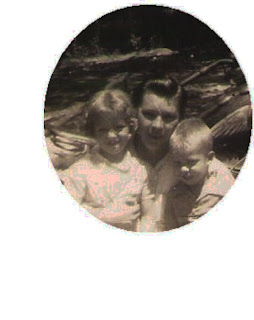 Sherry and her oldest brother 'Lefty' and her youngest brother Johnny. 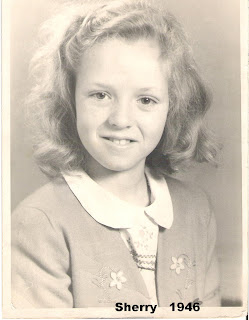 She was a cute kid, huh? 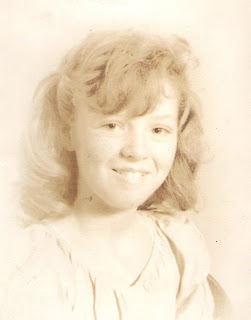 Always been a looker! Little sexy here I think! 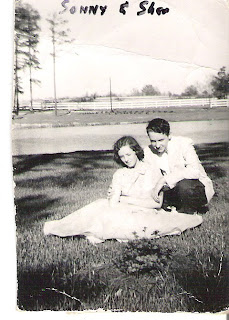 Here she is before she met me, with my 'GOOD FRIEND' Sonny. LOL 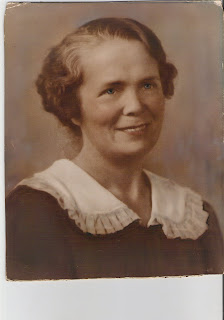 Susie Hawes Harris, a beautiful and wonderful woman, She and Sherry were very close. A lot of success to our marriage goes to this lady. 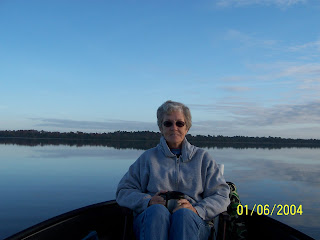 This is my girl out fishing on Lake Manatee. I thought I had my pictures to upload, but they have not been reloaded on this new computer. I will try to find them.

HELLO EVERYBODY!!!! I mentioned that this was our anniversary month. Yes we were married on the 22nd of September 1956. During this month I will talk a little about our lives. Tonight I will start with Sherry, if it is not too early.
We call them Cotton Mill towns. Later they were referred to as Textile Communities. Belmont, Sherry’s home town, had over 20 mills in and around it. Folks came from Georgia, Eastern NC and Western NC and West Virginia to work in the cotton mills. Susie Hawes, Sherry’s mama was raised by her mother in a log tobacco barn. When they heard of work in The Piedmont area they moved to Belmont. Sherry’s mama went to work in the cotton mill at 12 yrs of age. Her dad, Wiley Harris went to work a little earlier.
Susie became a spinner and Wiley worked the slubbers and ropers. They were married in their early twenties and raised a family of three girls and four boys. Sherry was the youngest girl with a younger brother. Most of her young life they all lived in a three room house when I met her she lived in a four room house. Yeah that would mean wall to wall beds.
Baths were taken in a tin tub, and the toilet was on the back porch.

Her family never owned a car, neither her dad nor mother drove. They walked to and from the mill. They walked to church. A treat was to take the bus to Gastonia or Charlotte, both about ten miles away. None of the children spent their lives in the cotton mill. When we were married Sherry was working in a hosiery mill. She was a ‘looper’. She sewed the toes of socks. Sherry was on production, and most always exceeded the production amount.


Fate nearly caused me to miss her. She had a friend, Grethern, who moved to Burlington, NC. Sherry visited her and was considering quitting school and moving to Burlington to work. While she was in visiting in Burlington, I moved to Belmont.


A strange twist in our lives.
Shirl and I had lived in Burlington when I was six years old. (Shirl was much older, just kidding sis!) My best friend at 6,7 & 8years of age was Sonny Turner. Wouldn’t you know that Sherry, while visiting back and forth to Burlington dated that rascal. I still want to shoot him! Hahahahaha!
More in the continuing saga of Jack & Sherry…… Thanks for coming this way.
Nite Shipslog

Wonderful family You had better mentioned something about Vernon are he will be mad.
Jack you had better leave some of your past out
are your influence will be down the drain.
You and Sonny were a complete mess. I remember
him backing his Dad's car into a tree. Remember the episode at the Resturant when our parents let us sit at a seperate table. You and Sonny got us into trouble with the water. Folks that
is only half what they got into. Jack just
getting you back.

OK, Ya got started, now lets get to typing this story out!!!

So interesting. I always like to hear about people's lives and see pictures of those days. We bathed in those tubs too. We only had one wood stove so we froze on one side and burned up on the other while bathing. Can't wait to read the rest.

LOL..Jack we had one of those tin tubs too..and yes..our potty room was out back...down the path..you might say I didn't drink anything after six...no way was I going out there in the dark...I didn't even like going in the daylight!!!! the pics of Sherry are precious..she was a pretty little thang...right??? and I have read "novels" telling of those "cotton mills"...children working there...downright mind boggling and scarey...well hurry with the next chapter...!!! hugs to you both...Ora in KY

It seems we must all be about the same age, of course everyone else is younger but we had similar lives as far as tin tubs, outhouses that like Ora, I did not want to go down there to,the pit. Sherry was an adorable baby. So pretty even then. How in the world did you manage to grab such a pretty one.

interesting story so far, Jack; Sherry has been and always will be a beautiful woman!! I'm betting those mills aren't there any more and I'm sure at the time, no one complained about children going to work at such an early age; probably grateful to have a job. I'm glad you are doing these series of stories; looking forward to reading more

...as soon as my son will be able to understand I shall read this to him.