Do you eat chocolate covered cherries? How do they get that runny syrup and cherry inside that chocolate? When I was a kid I pictured them freezing the cherry and syrup in something like a formed ice tray, then dumping them in warm chocolate. How do they do it? 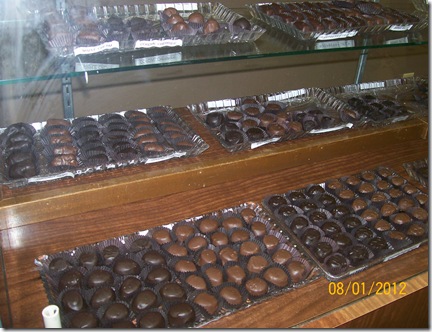 (Picture is at Meesie Candies, I should have asked while there, shoot!)

Why do I consider all dogs male and cats as female? 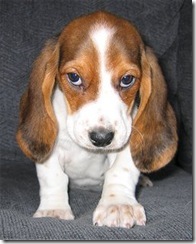 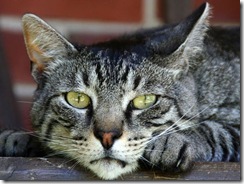 An attorney from NC called Sherry today asking about a house I sold many years ago. No,I don’t remember there being a problem with the survey, I couldn’t have sold it if there had been. The latest survey shows my surveyor was wrong. I cannot talk on the phone, or I would ask how do you know YOUR surveyor isn’t wrong? Anyway, my question is, why can’t I even place the year I sold the house?

I do remember the house though because I bought the small town block and built three more houses there. I especially remember this group of houses because the lot beside this house was interesting. The first man  wanted a two story house but did not want any closets or inside stairs in it. I tried to explain before I would build a house like that He would need the money up front, because if he did not take the house I would be stuck. Would you buy a house with no closets and outside stairs to the 2nd floor? I didn’t build the house.

I have only built one house on a concrete slab, I built it on that lot, and the lady wanted carpet thru out the house, kitchen and baths. I had never done that before and never since. But She kept that house immaculate. I was invited back a couple years later and it looked as good as it did when I turned it over to them. But why can’t I remember the year? I remember the trusses were cut wrong, and the truss company replaced them, but I do not remember the year.

The other two houses I built there were for single mothers. Great people to work for, but both had a problem picking light fixtures, both decided at the last minute.

But I cannot remember the year. The years all run together in my mind.

Anyway, we will assist of course, I hate to hold a closing up.  We will sign the Quit Claim deed, because I have no claim on it anyway.

It is good to think of those houses anyway, they were fun.

I feel normal, but normal is being a little forgetful in your old age. 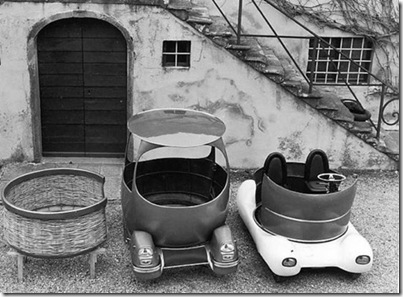 Is this a round car convention? 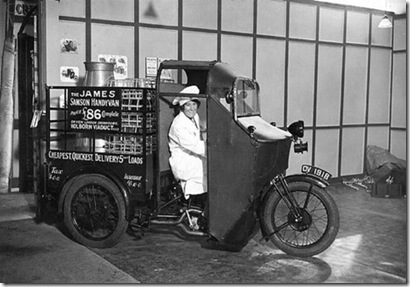 I can't imagine a house without closets; what was that man thinking? And no indoor stairs. Wise that you didn't build that house, Jack. The only way I can get an approximate time frame on years sometimes is to remember where we were living at the time and then I can usually pinpoint it within a year or two, but some periods of my life are just blurs :)

That man must have not had a wife, no women would want a house with no closets. As much as I like chocolate I don't care for chocolate covered cherries. Now if that was all the chocolate in the house wellll I probably would eat it.

Haha! I figured they used something like a hypodermic needle to shoot the liquid in those chocolate covered cherries, but I think it's more likely they are formed upside down in a mold. Chocolate lines the mold, cherries and liquid are added, then the confection is capped (this is really the bottom part) with more chocolate. Flip them over. Voila!
We have taste tests every Christmas to see which brand of chocolate covered cherries are best.

Sounds like the one guy wanted you to build him an apartment building. And I guess with no closets, you are safe from monsters. Isn't that where monsters like to hide? LOL.

There have been a lot of times that I couldn't remember the year a certain thing happened. Certain years had some thing big happen like the year I turned 16 or the year I got married. But so many of them tend to blend together now. Hope you all have a great Thursday! It seems I'm always a day late reading your posts!

I can't remember years either Jack, but I have an excuse, I am older than you!!! I am so happy to be able to comment and read blogs. I con't care for Chocolate covered cherries and 2 of my kids get me a box every Christmas. Joe got one last year.. We eat them but only after all else is goe.

Sounds like an interesting house. Time marches on, who can remember everything.

Wishing you all a soon solution and a kind Friday ahead.

Gosh, I was afraid for a moment to keep reading past the preview. In junior high I made myself soooo sick by gorging on chocolate-covered cherries. To this day, I can't even look at them! lol.

Please don't be too concerned re. remembering certain things. I've a hunch folks don't forget those things which are truly important!

Yes, I like chocolate covered cherries, but some are better than others. I have the same problem with cats and dogs...now I find I call the she a he and the he a she...hopefully it'll work it's way out...ha. Take care, Sheila