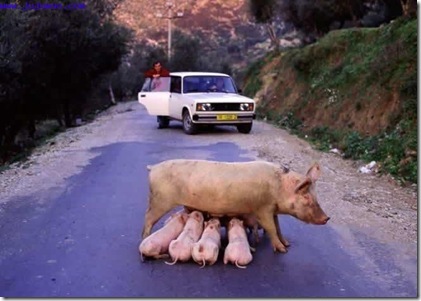 (Tough job! being a woman)

Eleven people were hanging on a rope under a helicopter.. 10 men and 1 woman.

The rope was not strong enough to carry them all so they decided that one had to let go, otherwise they were all going to fall.

They weren't able to choose that person, until the woman gave a very touching speech.

She said that she would voluntarily let go of the rope, because, as a woman, she was used to giving up everything for her husband and kids or for men in general, and was used to always making sacrifices with little in return.

As soon as she finished her speech,

All the men started clapping . . . 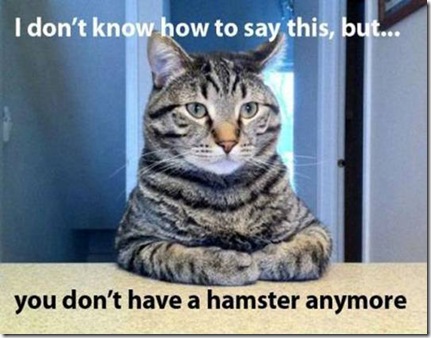 I admire women and their abilities, like most men I haven’t said a lot about it. I had a son who was going to be Mr. Mom, he lasted about a month (maybe longer).  He says to me, “You have no idea what women have to do.” I smiled, it was his turn to learn. He went back to building houses, much easier. 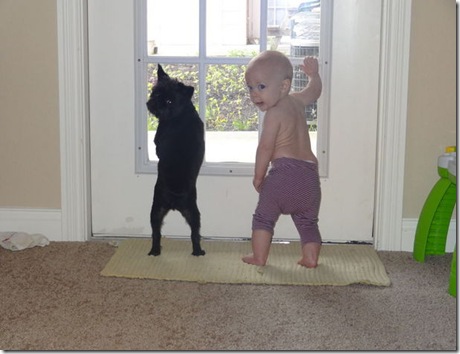 I am really a great cook (As long as it is in one pot, sometimes two) but let me try to do a meal where meat, veggies, biscuits, tea and dessert must be out at the right times, FORGET IT, something is gonna be COLD (That should be hot).

Now add that to coming home from working 8 hours, having even 1 child  at day care, you  have an iron lady.  Rose (over at Roses are Read) was mentioning ‘just thinking of trying to raise children in this day makes one nervous.’

I have only one negative thing to say about women. With all their ingenuity, strength and abilities, It is very hard for a woman to work for another woman. At times it is hard to have women co-workers. There is a ‘competitive(?)’ nature in you ladies that bring out ‘catty’ remarks. A woman  doesn’t mind working hard, ‘BUT ‘SHE’ HAD BETTER WORK just as hard.’

I speak from experience on this topic. In Washington, DC I supervised 37 people, 35 of which were women.  There was some pressure to the job. Most days it was fine BUT there were days……. hahahahaha 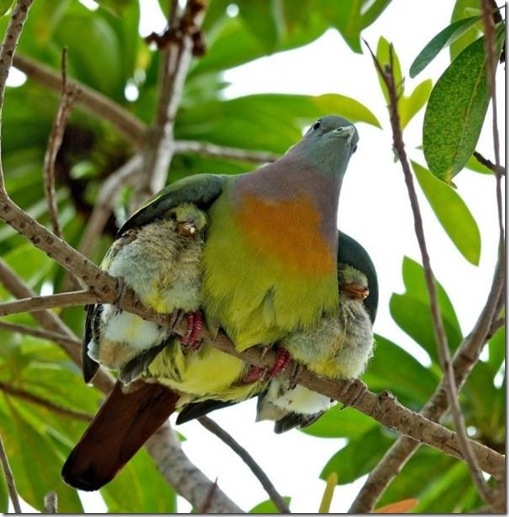 I also learn from Sherry, my wonderful wife, she has had many bosses men and women. I don’t think she ever had a problem with men, but she had only one woman she could work for comfortably.

That might be why we could use a woman President. No Peers and she could spend her time getting the JOB DONE!

One of my daddy’s BEST statements:

You will accomplish much, if you do not care who gets the credit.  (Many women have done that!) 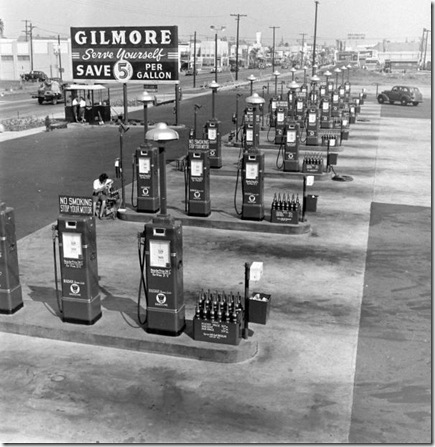 Gilmore had the pumps…. Self service no less, did’t know that was around in the 30’s.

It's true about women in the work place. The best job I had was working in a one gal office. That was me. I do know that men don't always get along either. I worked with a lot of them too. I appreciated the smiles and chuckles today with the pictures and the jokes. It's another cold and snowy morning. We got over 6 inches of new snow yesterday. But the ground hog says it will be an early spring.

I will tell you from my experience I'd rather work for a man any day in the work place.

Now women at home - I totally agree - women are tough and they work very hard.

What a nice man you are to value your wife!

As a woman, mom, wife, grandma, living in a houseful of 5 guys, 'I' am very patient. I love them every day, don't like them some days but still love them and will give advise to them as long as forever, just like Mom who says that even having 'kids' collecting SS, she still gives advise. Yes, that will be me.
Thanks for being the one in a million guy that appreciates us gals. Love that the fellas on the rope appreciated a woman enough to applaud. LOL
Blessings

One of your finer blogs!
I also love the photos you added to this one.
I would love to see Condoleezza Rice as President, but I don't think it will happen.
Hugs,
Jackie

We do need a woman [president. She would rock!! I could work with either men or women but when a woman that was not THE BOSS tried to tell me what to do that was it. If she had asked me to do a job for her, I would have./

How is it, I wonder, you're able to identify our issues/pet peeves so effortlessly?! :)

Hands-down, give me a male boss any day! I've had 3 female managers, 2 of whom were real pieces of work. (One's already been smacked up the side of the head with a big dose of Karma - yea!)

'Wonder if we're not programmed, somehow, to overlook the foibles of the opposite sex....

Have a great day!

You are right when you get a group of women together, Jack, especially in an office setting. That's why I'm glad I work at home; I have a woman supervisor but she just sends out emails of this or that and although I might not like what she says sometimes, at least I don't have to deal with seeing her my 8-hour shift.

I love how one of your sons made the effort to stay home for a bit and saw all that needed to get done; lots of men don't realize how challenging it is to get it all done with kids around all the time :)

I like this entry. Boy! You are getting better and better. I quit a job one time because of a woman co-worker. My boss tried to get me to stay and she would transfer me to another department. I was so fed up I quit anyway.

I once asked my sister if she thought my husband would learn to appreciate all the work I do if something happened to me. My sister said, "No, he will just find another [someone] to do it for him."

My first job was a big office and
something going on all the time.

Job I worked until retirement was a one girl office with 7 representatives. It was a dream
job and made working enjoyable.
But glad to be retired.

Great joke, Jack!
«Louis» is going to put that in the Friday Funnies!