Shoes, time to look around for some.

Shoes. Walking, climbing stairs, running, jumping,sitting in the park and basketball shoes. Kids are impressed by the ads and names. I sat beside David Thompson on a plane once. He is a nice guy, he was headed to a shoe promotion (he was in his prime at the time but I did not know of his fame, nor what he did for a living, I live under a rock). Son Mark knew him right away when we deplaned together.

I wore ‘tennis shoes’ and never played tennis. Tennis was for the elite, rich or stuck up folk. LOL 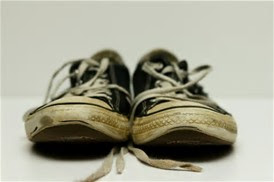 Real folk pitched horseshoes, climbed trees, played baseball or ‘rolly bat’, maybe football (never tennis). I am sure you do not remember the smell of boy's tennis shoes, but my mama sure did. "Jackie, put those shoes out in the sun!' LOL 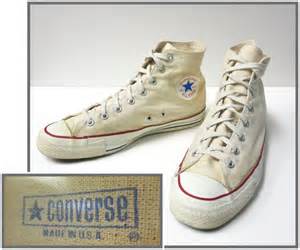 (Converse and Keds were big names)
Playing games today does not mean the same to our grandkids as it did to grandma and grandpa. LOL playing games was really physically ‘playing’.  Now kids can play those games as well as ones beyond my understanding on a phone or i-pad (but it doesn’t burn the calories).

For many years one shoe did it all, the canvas ‘Tennis Shoe’. I am amazed at the promotions for shoes and I guess, most of all the PRICE.  I understand that a pair of Michael Jordan Air shoes are well over $100.  I told my grandson once, we need the money more than Michael Jordan. 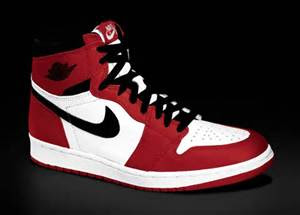 It amazes me that many kids really believe they can jump like Michael Jordan if they buy shoes with his name on them (I have no doubt they are good shoes, they certainly should be at the price)

(I just looked this one up, $189.99)
I shouldn't say too much about what kids believe, I used to believe all the ads on the back of comic books! OUCH! I believed if I took the Charles Atlas course no bully would kick sand in my face and take my girl. 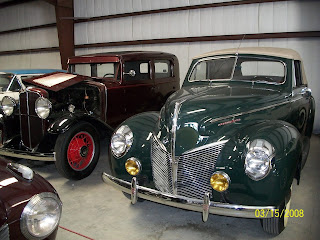 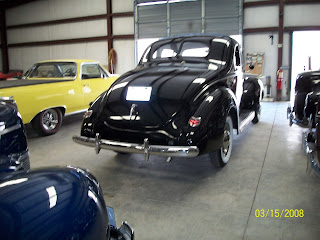 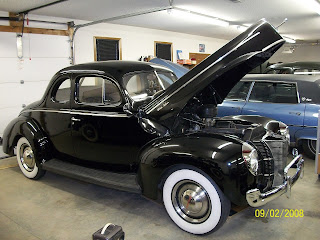 These two models, the 39 and 40 fords were the rage when I was a teen ager. Boys that could afford it made some great customs out of them.
Posted by jack69 at 11:17 PM

Cam you imagine spending that much money for shoes and then the kids outgrow them? Good solid shoes are needed, but not to break the bank.

When my kids were little all the rage was to own a pair of Nikes. A couple weeks ago I found a pair at the thrift store and got them for me. Suffice to say I did not pay the BIG bucks for them.

Things have changed for sure. I remember having school shoes, gym shoes, church shoes and play shoes which were the worn out but not outgrown, school shoes and then we had sandals to wear in the summer. We never paid attention to names in those days. I still don't, but have learned to go with comfort over style.

I get sticker shock when I go look for a pair of shoes. As a girl, I love shoes but refuse to spend a lot of money on them so I search sales racks. Still dont have many shoes. However I did recently purchase a pair of Converse. As I wear them for the cuteness, I wonder how in the world did they play basketball in these things? No foot support what so ever.

Names mean very little to me anymore.
BUT(!) this post stirred an embarrassing memory: Remember PF Flyers? Never mind they were 'boy' shoes; I wanted a pair in the worst way. Even when the shoe salesman tried to warn my parents, I (probably) pitched a fit and they caved. Naturally, when I wore them to school all the kids made fun of me. That was the end of that. I've no idea what happened to those shoes, but so many years later I feel awful for my parents shelling out money they could probably ill afford.

I have given away so many shoes in the last few years. I think they will be comfortable with my swollen ankles, then they aren't. I always liked for my shoes to match my outfit when I was first out of high school and working. Not expensive ones, but I could wear anything back then. Now I go for comfort.

I don't remember wearing tennis shoes until I had gym in high school and then they were Converse.
Jilda and I often wear Converse low-top shoes when we perform. They are comfortable and still cool in some circles :)
R

Great article! Check out some of these best mens wide basketball shoes .

thanks for sharing outdoor basketball shoes 2018

This blog mindful me about various projects which can turn out to be exceptionally helpful for our companions and children. Couple of sites give consolidated courses and few of the are independently for single subject. Happy to get this data. School Shoes

This post is gonna attract more people.
Very much informative content indeed.
Is it possible to find more updates?
Cheers!