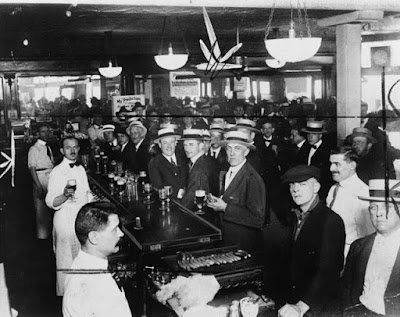 A Bar in NYC the night before Prohibition began! 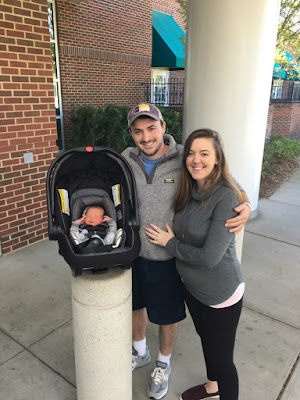 Tonight I noticed we had Celery and one Carrot about to give up waiting to be eaten. I cleaned the bad off the celery and cut it into small cross cuts.  Then I cross sliced the carrot. I added a ½ cup of beef broth and a table spoon of brown sugar. And microwaved the conglomeration until the carrots were tender.

I ate the broth with crackers after eating the carrot and celery.

That was about the craziest snack I can remember making, Sherry even ate some and smiled.  Night before last I made Apple sauce. I removed only the seeds, peeling stayed on.

I spent most of the day working on a BBQ grill that was headed for the recycler. I have it about ready.  I had to manufacture some parts, but I think it is going to work well. I fixed both snap lighters, sanded and painted some bad parts with hi-temp paint.

I was in Lowes to get some white marble or lava rock scraps to line the walls here at the back of the house. I looked at a grill like this one and the price tag was about $900. I was shocked, folks pay that for a BBQ grill?  I must live under a rock, I thought $100 would be high. I am used to buying the $12 ones that use regular Charcoal. Of course the cheapo has no bells and whistles.  LOL

WE do not cook out much. BEEF, hamburgers and hot dogs fit the grill better than chicken, and we eat mostly chicken and veggies.  I do LOVE the smell as well as the beef on a grill though!

(con’t) Facts about this wonderfully made body:
The strongest muscle in the human body is the tongue and the hardest bone is the jawbone. 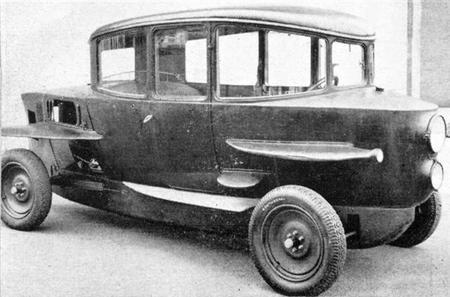 You are always so busy doing this and that project. Its cooling down here in Phoenix for the next few months. I could make a "to do" list for you to accomplish while here :)

Lovely picture of Matt and Keirsten and their family :)

you never rest do you? i wish i had your energy. i know those gas grills are pretty expensive. Ridiculous isn't it? what a sweet first picture of Matt's family.

Glad you could fix it. Grills are expensive and I've not had one in a long while, but thankfully some of family do so I get to eat a grilled hamburger or hot dog now and then. They are extra delicious when cooked outdoors on a grill. Loved seeing the families first photo. I can only imagine they are headed home from the hospital after the birth of the baby. What an exciting time for them! It's only 47 degrees here this morning but the sun is shinning and we're to warm up to 70! Have a great day and hope you get to eat dinner made on the grill !

Ok, I'm going to have to try the carrot celery in broth idea. I like sipping on broth of any kind.
Yep we are in need of a new grill too. They are expensive. We have a pretty big one, its gas and has lasted about 10 years now. Its about to give out on us. We thought we would be entertaining more but that is not the case, so the next grill will be smaller and less expensive. We were in sticker shock at the grills too when we visited them at Lowes. I like the smell and taste of charcoal grilling but Nick prefers the gas grills. Hes the griller so he gets the pick.

Got my computer up and working thanks to the computer Man. He is a Baptist Preacher. I assume he has to work to have a little more money. I cannot remember who gave me his name. He is good and thank goodness I know him.
My computer locked up...I think I tried to many times to turn it own and that is what caused it to lock. Back in business .....

I've been in a project mood too. I love that old car.
r

Nice little family picture. Do you ever sit still? Mel always had a project going too. His motto was never throw away anything that can be fixed.

What a beautiful family! Isn't it great, how (in most cases) they get to go home so quickly.
Your 'crazy snack' had me chuckling. Then again, it's not all that different that the stuff that comes in a can.

Reading this and everyone's comments, I think I'd better scrap any ideas of buying a new grill when we get where we're going.

No wonder Maverick is so darned cute.....look at his parents. Awesome addition to the Darnell family. love the photo
I don't snack so much anymore but we both do love an apple a day. We've been spending a lot of time with Bill's Uncle Bob. He has quite the apple orchard of all kinds. Bill gets his ' a man of many trades ' always busy- from his uncle....always doing something, whether tinkering in their work shops or gardening. Bob is 89 and slowing down, not liking to ask for help lately. Thus is life.
love n' hugs from up north where we had another gorgeous day.