Political Letters and Chairs that are too low at dinner Wall Street Suicide 1929
That time in our history is so hard to understand. There were many suicides when the stock market crashed. Men who were wealthy yesterday, were broke or in debt today. I cannot understand it, but I have never been in this man's position.


Some days I have too much to say on a blog entry. And others I have to reach. I make the mistake to reading too much news and get disgusted at some of the things I see and hear, so I write. LOL

I have enough sense to know what I input will make NO DIFFERENCE over all in our world. Yes, I have written our presidents and representatives and in the past forty years I have e-mail-ed the White House and officials. I understand my name is bounced against a list of ‘contributors’ and would be treated differently if I WERE a contributor.  I have just a couple times felt strongly enough I gave $25 and a $100.  But that was only twice. For most of my life I ‘checked’ the block to ‘allow’ a $1 to the designated to the presidential campaign fund on my tax return. Funny that, when I hired a CPA he NEVER checked that block.  Now that I am back to doing our tax returns, I again check the block.

I would like to think my input was considered. However, I know it would not be considered on its own merits, but only if enough folk mentioned the same idea.

Oh, seats (chairs) have come up lately. When Sherry and I eat out she will try the booth, if the seat is too low she will refuse and ask for a table. Along that line when we were furnishing this little house we bought a cute small dining room table and chairs (with rollers, I like rollers) at an estate sale.  Once we got them home, Sherry was not happy, the seats were too low. I think we have eaten at that table about 10 times and she always uses a cushion.

Since I am caught up, I made her happy and raised each chair 2 inches. I will admit they do feel much more comfortable.

This human body is wonderfully made, another fact:


Your body gives off enough heat in 30 minutes to bring half a gallon of water to a boil. 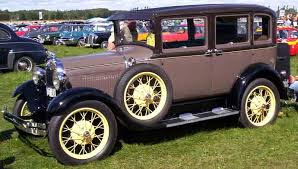 Above the 1929 Ford below the 1929 Packard, both new the year the Stock Market Crashed. 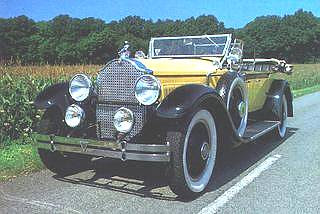 i usually have seats too high for me. most chairs my feet don't touch the floor. it can get quite uncomfortable for sure.

Im the same way about my booth seat. I dont like to sit on a mushy low seat. I also dont like to be too far away from the table. So yea, seating is a big deal to some of us folks.
I do not mind sitting at a table, just dont let it be a wobbly one!

Sherry must be short like me - I totally agree with her 100%. That stock market crash was something wasn't it?

I like Sherry's idea. I think I will start testing. I hate to feel as if I'm raking food into my mouth because the seat is too low and my mouth seems even with the table.

We never check the box for taxes to give to the presidential campaigns, Stingy aren't we? (and it doesn't even come out of our money from what I understand). Good thinking to raise up the chairs! I'm sure much appreciated by Sherry!

Why did it take so long to fix those chairs? I know why, because when a man says he'll do it ~ no matter what "it" is ~ they don't put a time frame on it like women do. I have a kitchen cupboard that is missing a handle since the day we moved into this house ... it's only been 17 years; but I refuse to take the 5 minutes to fix it because Dear Hubby said he'd get around to it one of these days. I think he meant to say one of these years! I'm going to just sit back and wait, and wait, and wait, and wait.

Sherry is one blessed lady having a handy man around the house. Raising a chair a couple of inches could make a world of difference. Sometimes I think mine are too low but then consider it a blessing as my mouth is closer to the plate and saves needing a bib! Ha!