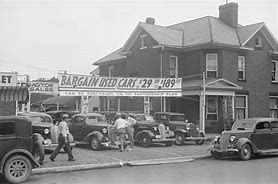 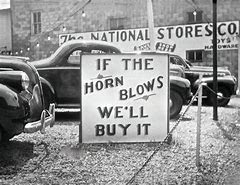 I inherited a nature, a trait that prevented me from being a great boss. I actually ‘agonized’ over the fact when I had to fire someone. I hired a young man once who really wanted to be a ‘carpenter’. After a few weeks, I knew he would never make it on our small crew. I knew it had to be done. I was relieved when I called him over to the side. He looked me square in the eye and said dejectedly, “I ain’t working out, am I?”

“No son, you need to look for another line of work. You have a good work ethic. I will give you a good reference in that area.” I felt bad, so when payday came I doubled his week’s pay then said good luck.  I am a push over.

I am NOT a landlord either. I tried that, OUCH! WE have had rentals for years but someone else manages the property now. We pay him 10% to be the tough guy. 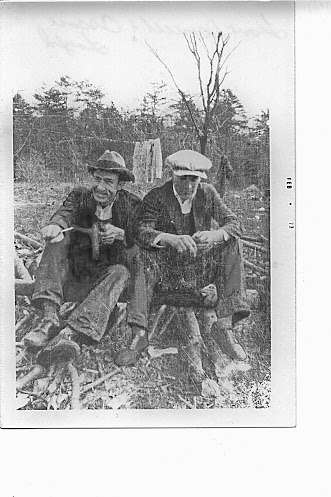 Daddy on the left Uncle Oscar on the right.

It is a family trait I guess. I have learned that I can ‘collect a debt or get a job redone for someone else, but not for myself. My uncle Oscar found the best way to handle that.  I will never forget his tact. Oscar owned several businesses in his life, but a customer never knew it. IF a problem came up, his answer was always, “I’ll talk to the boss about that.” 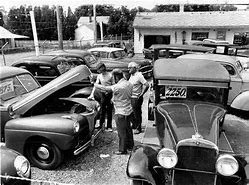 Once I made Chief Petty Officer in the USN, I did LEARN to give a direct order, but seldom did; most of the time it was in the form as a request.

I do wish I had learned Uncle Oscar’s technique earlier, if I had Sherry would have always been the boss of Darnell’s Construction.  LOL  Then she could have taken the blame for my bad decisions. ;-). 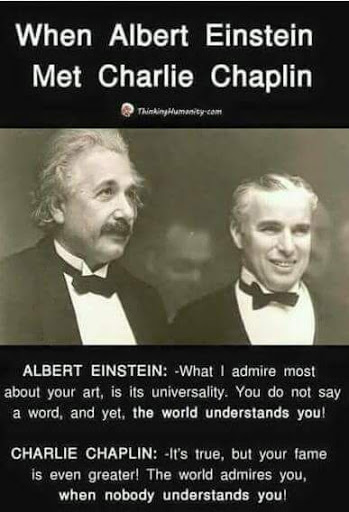 Glad you were not mean to the young man. Once my son in law was complaining about his boss sitting in the truck all day ...I told him, when you get to be boss, you can sit in the truck, until then keep working. LOL That boy is no longer my SIL. LOL Blessings, xoxo, Susie

You handled that young man well; realizing he did have good work ethics but just wasn't cut out for that line of work. I'm sure he appreciated that in the years to come. I'm a softie, I couldn't be a manager; would be hard to fire someone or even discipline them :)

Oh gosh, I can't imagine having to fire someone. That was so sweet -- not only your doing so in a kind manner but doubling his paycheck. Did you ever learn what became of that young man?
Pretty wise, you paying someone to manage your properties and, if necessary, acting the 'bad guy.' Loved that story about Uncle Oscar and the boss. :)

I've trained many nurses to be "scrub nurses" in surgery. It doesn't take long to know which can handle that job and those that can't. You may not have enjoyed the boss position but you are a kind person and you never have to apologize for being that! I hope that young man found his nitch in life!

It's not easy being the tough guy,, but I guess someone has to do it. I like your uncles method of blaming everything on the boss. It took the pressure off himself. Glad you have Sherry there to keep you in line.Not every man will admit his wife is the boss.

At my old job, i had to fire two girls (not at the same time). I called it laying them off. It was so hard for me. My boss had asked me to do the dirty work. Fortunately the girls both knew I was not behind it and if I had it my way, I would have at least kept one of them. It bothered me for a few days. Both went on to better things.