Are you headed for the Super Bowl?

(I searched for a Super Bowl car, I got this commercial pic it is supposed to be the first Car commercial at the SB.  It is for Carvana, what ever that is....) they pay $7 million for 30 seconds...

Our boys were into Moto Cross before baseball and football: 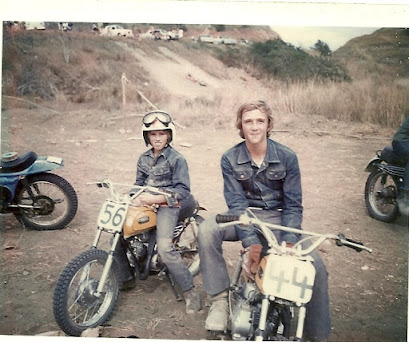 They won a pile of Trophies on the Moto Cross Bikes in Cuba. The only time I have been really interested in sports was when our boys were young. Moto Cross,  Little league and Sunday and Monday Football games on TV. They pulled for the Washington Redskins.

While stationed in DC we attended a Skins Preseason game. It was impossible to attend one in regular season. They were sold out. The preseason game tickets were an outrageous price of $12. 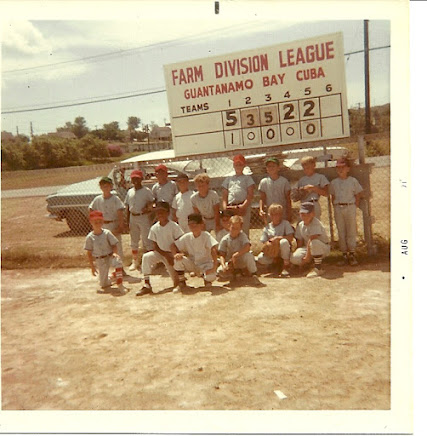 Son Mark pitched this game, he allowed one hit an one run.  Jack Jr. was a great base runner, In one game he was WRONGLY called out on 3rd  and I did not do the mad dad thing, but we knew he was safe, and it showed on film once it was developed.  :-(

Years later Sherry was a team mother for Mark’s football team in Key West. We decided to do something special and have a drawing amongst the team members; we would take the winner with us to see a professional game between the Dolphins and the Buffalo Bills, up in Miami. OJ played for the Bills and was VERY Popular.

In Miami we got a a Motel on the beach. The kids had a ball. At Sears I bought a small portable TV. Let me tell you that little B/W TV was heavy back then.

I received an education. First the kid was from the small black community in Key West and he was a ‘Conch’. Conch being a person born in Key West. The boy had NEVER eaten in a restaurant. (We helped him order).

Second: Having a TV the boys could see reruns, I lugged that sucker into and out of the stadium; held it in the tight ‘cheapseats’ we had. The learning? If a game isn’t sold out it is not broadcast locally!  So I bought and lugged a TV for no reason, the game was not televised locally.

We enjoyed the game, The Dolphins won, but OJ did do some fancy running.

So are you going to the Super bowl?

PS:  I have been told but don't remember who is playing.

Caravans is a vending machine to buy cars lol. We have one here in the Phoenix area. I have yet to see a car get moved around in it though. I think it is the Rams and Bengals playing but I stopped watching football when it went political a few years back. So, nope, not spending that money now or ever. Getting kids involved in sports is a good thing on so many levels. Good too when the parents get involved as team parents or coaches.

When the past when small bucks bought more then we can do now. Cereal row is crazy $$. Super Bowl, charging more? Oh, that is a crime.

What a great story of treating that young man (Conch) to a pro game AND his first restaurant experience! Wow. I'll bet that's something he's never forgotten.

I'm disappointed to read about those prices -- but not really surprised. Even the Disney organization is gauging parents' pocketbooks. If folks don't take out a second mortgage on their homes, middle and lower-class kids might just as well forget ever having those kinds of experiences.

My son bought his car from Carvana. He loved the process and got a really good car for a great price. I'm not interested in sports now that I don't have any kids playing. I do go see the Grandkiddos play and enjoy that. Ticket prices are way cheaper! I always have to get the popcorn!

Great memories to share with all of us, Jack. Thanx a lot. Over here too prices to attend sports events are very high. We also have soccer and cricket games here. Have you ever been to a cricket match? Can be very slow going at times.

I used to be good at Solo Synchronised Swimming. "Me ... and my shadow ..." Do you get a shadow in water? Now there's a thought!

God bless you all.