… Memorable car of the day: 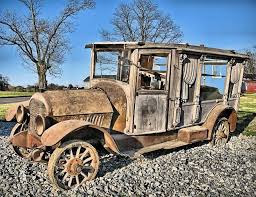 In this life you can count on two things, Death and Taxes. I was shocked to see a list of taxes the USA had at the beginning of 1900 and recently.  Hundreds of taxes have been levied.

If you think about it to keep a country running, roads, government, military, SS and a mirage of programs to help the under privileged, it takes a lot of money.

How do you make it so citizens pay their fair share? I am not the sharpest knife in the drawer, but it is obvious everyone is not paying their fair share. An example I have used many times:

In about 1970-71, I was a Petty officer (Enlisted man) in the USN.  My Commander-in-Chief at the time was President Nixon. His tax returns were made public, he and his wife paid $750 total income tax. My wife and I paid a little over $1200 that year.

His tax return was completely legal, following the IRS rules.  Of course he had someone do his taxes and took advantage of every allowable deduction. I could claim only the standard deductions. LOL.

BUT I would bet the farm that FEW millionaires and above pay that 37%.  Using what we commoners call ‘loopholes’ the wealthy legally lower their taxes.

I am not smart enough to cover every type of income in the USA but someone is.  I still believe a simple FLAT TAX would be the best way to go. Maybe 14% to 19% no deductions and complications.

We could have it so the lowest incomes pay 1 or 2%, I think EVERYONE possible should feel like they are paying something.

I have said many times I do not think it is fair if a person earns 3 million $ a year that they should to pay 50%-70% to the government.  BUT They should pay their fair share.

Then just maybe we should rewrite the IRS tax codes instead of 'Raising Taxes'.

Does anyone else have a plastic bag full of plastic bags, or is it just me?

Great point about the flat tax. And I don't think you and I are the only ones who think so. Trouble is, no-one who can DO anything about it won't.

Your Postscript made me giggle. I've got 3 of those in different parts of the house. It even hurts me to throw them away. Plus, they make excellent packing material; Tom taught me that when we were preparing to move.

People who live on the seaside do not pay tax; that's why they call it INLAND Revenue.

I think a flat tax rate is the way to go based on a percentage of income. I think it would save money in the long run with eliminating some agencies but then that would put people out of work. It is a mess to try to figure it out!

I do have a bag of plastic bags here at my house. They do come in handy, but now many cities are doing away with them and going back to brown paper bags. It's better for our environment. I do think ever person has a duty to pay their fair share of taxes. No one should be exempt. I don't believe some should get loopholes and others none.

I pay my taxes and wonder how to find those loopholes! Plus I don't make those millions! I would, however, like to see social security not be taxed. Didn't we already get taxed on that when we worked and paid the SS tax? Oh well, like you I'm not the sharpest pencil but I think yours has been sharpened more than mine! I have a special plastic bag holder on the wall in the pantry for all those bags. Then on another shelf I have a plastic bag holding other plastic bags..like I said, I'm not the sharpest tool! Ha!

Good suggestion about rewriting the tax code so the rich pay their fair share. what they plan to do regarding social security and medicare is a crying shame.