AL..Hands Down, the Most Unique Guy I have met! 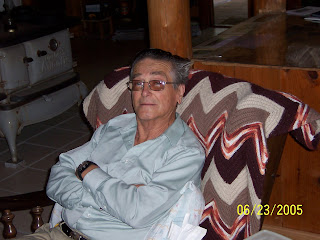 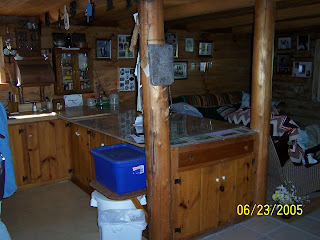 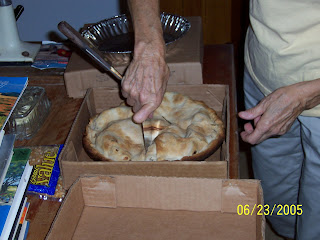 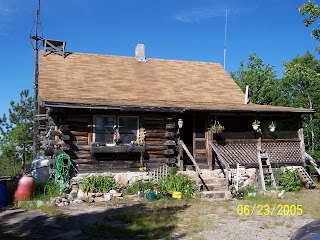 Al, this was the most unique guy I ever met. He & Judy went into the hills of upper ‘Down East’ in Maine. Bought some acreage and began to build a log cabin. He did go to the County to see what permits he needed. None, as long as you do not ask for power, was the answer. So they built a beautiful log house on a small mountain top, no electricity. He ran some twelve volt lights. If they wanted to use them he plugged the house into his truck using the trailer connections. Unique, that was Al.
We visited them on their mountain. I think I could live like that, but Sherry says, uh uh! Florida in the Winter! Al said he became a lobsta’ man by accident. He was driving a truck and very often passed a house that had a 35-40 foot boat in the front yard. The Bow was split. After a couple years he said he stopped. Talked to the owner. Al asked him what he was asking for the boat?
The owner said, “I don’t know, what will you give?”
Al said he was joking and said, “I think I could go a dollar a foot, maybe $37.00.”
“When can you move it, it is yours.” Said the owner laughing.
Al said the guy was not joking. So he had to find a trailer and took it to his place, put it between two big trees and with two ‘come-alongs ‘ over a period of a week or so pulled the bow together and put a steel plate to hold it. He quit the trucking company, Launched the boat, started it, built some lobsta pots and started fishing.

It is hard to believe a person can live without electricity. We are so spoiled we
have everything and more. You and Sherry have
met a lot of nice and interesting people from
all over the world.

that sounds like a wonderful couple but i don't know if I could live full time like that... maybe for a vacation. they are made of stronger stuff than me
Sandra

Their home is beautiful. Shirl is right we are all spoiled. I wouldn't want to live like that but I'm sure we all could if we had to.
Debbie

he does seem like a very unique type of individual; glad he had a wife that enjoyed going along with him on some of his plans; I'm not sure I'd like the house without electricity, but I would take one of their pies for sure!

thanks for sharing about him :)

Very interesting. Enjoyed reading this. I can remember not having electricity but don't think I would want to go back to it. I love my central heat and air.

Makes me think about winding up a wick in the
hurricane lamp after Frances, then Jeanne. I
ended up buying a "reserve" of lamp oil that season as there was a run on supply here in OKEE. Agree with Paula, have been without power but it's something I am grateful for. It was
weird as I'd flip the switch and then pause to
remember...ain't no 'lectric!

I can remember when I was growing up we didn't have electricity until I was about 12 years old. I love their home, but I don't think I would like to live there. The pies sound so good. Yum. Take care, jean