A knock on the door! 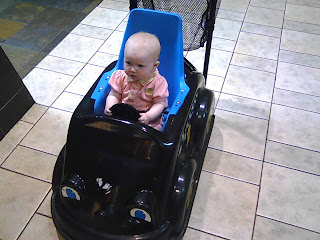 This is Elsie Mae in the mall!

Today's entry:
There are some little things that seem to bug me more than others. Do you ever have any problems with can openers? Not the electric kind, just the cheap run of the mill hand kind.
Did you ever use the military can opener? Very efficient I think I will dig mine out. We called it the P-38. Most of us had one on our dog tag chain. Someone said the 38 meant you had to work it 38 times to go around one ‘C’ Ration can. I never counted. It is a neat little opener. We carried one when we backpacked.
Anyway in the last six months I have got so disgusted I paid $7.95 for a name brand can opener. It opened about five cans then started slipping. The Big plastic handle was spinning on the knurled shaft. Being the Mr. Fixit that I am, I drilled thru the handle and shaft and riveted it together. GREAT, in about five cans the gears started unmeshing and not turning the can. Sherry found if you turned it backwards it did okay. Then in a little while that gave out. I went back to the el-cheapo, it is working just fine.
Evelyn got one of those fancy dancy things you lay on top of the can, press a button and it goes around by itself, I might have to try that and give up a little storage space. If you have any advice let me know!!!! Ain’t got room for the wall kind or the standup electric jobber do’s.
As you can guess this is a sort of a solitary life, somewhat like someone described ‘as being alone in a crowd.’ So there is basically no reason for anyone to knock on our door. Had a knock yesterday, it was someone selling papers for the winter, I explained we will not be here all winter.
Now we are not complete hermits. It is sort of a thrill to camp next to someone you know every once in awhile. So this week is unique. Our favorite Preacher, who I am trying to call Wayne, and his wife Juanita are in the same Camp Ground. Now we will be doing some visiting. It is a nice break and the fellowship is wonderful, they are some of the good guys.
Growing up in a church family everybody’s first name was Brother or Sister i.e. Brother Carter and Sister Carter. Even close friends never used first names it was Brother or Sister. We even had a Four Square Pastor once who everybody just called Brother and Sister. No names following.
There is another special time of the year coming up. Don & Evelyn come down from NC and we usually get to spend two or three weeks in the same park, that is a lot of fun. Then in the Spring they drop back by for another week or so when they head North.
Anyway we are set up in a State park on Lake Griffin. I think this was the Bass Capitol of the world at one time.
Nite Shipslog
PS.
Calling an illegal alien an 'undocumented immigrant' is like calling a drug dealer an 'unlicensed pharmacist, in my humble opinion.

Why are they called apartments when they are all stuck together? If con is the opposite of pro, is Congress theopposite of progress?
If flying is so safe, why do they call the airport the terminal?
Posted by jack69 at 4:13 PM

I see Miss Elsie Mae driving around the mall.
Such a cutie.

Glad the Carters are there. Please be on your
best behavior and don't embarras me causing
them to call me. Tell them I said Hello.
Evelyn and Don will be headed to Fl. Friday.

I'd like to hitch a ride with Elsie Mae. So cute! Now about the can openers--the lack of the ability to use one must be a man thing. I can open a can with those little squaty manual ones in a flash but John can't. He ends up throwing it and saying bad words. I still had the little dog tag one of Mel's but I think I finally gave it to our daughter.

Elsie Mae is a little cutie. Our manual can opener slips at times. But I keep adjusting and trying until it opens it. It slips with my husband, he hands it to me to open...Men...:-)
Take care, Sheila

Hi Jack, Elsie Mae is so pretty. I want me a can opener like Evelyn’s. I have one of the tall electric ones. Take care, jean

seems like little miss elsie is growing up so fast! good grief that means i must be getting older just as fast! lol
we love c rations. they have gotten much better now also. you dont need a p38 anymore. lol
I could never use those with ease but it seemed to be the only can opener available most times. I have tried them all Jack. the kind that doesnt leave an edge on top but under the lid , the kind that swivel around, etc. they all jam up after a while. my favorite gadget is the black and decker jar opener. got mine in the thrift store for cheap. but for anyone who has arthritis or weak wrist like me it is wonderfull. sending hellos to you and yours, jun

Elsie Mae is sooooo cute! She looks like she is having fun. I guess I got lucky with my old can opener. It sounds something like the one you describe you're having problems with but I've had it about 20 years and haven't had any problems with it. Ain't nothing made like it use to be.
Debbie

Elsie May is adorable!!! Thanks for sharing

I got our can opener at Kohl's it's the tall stand up kind...it's okay..could be better...

glad you got settled into your new surroundings!! I don't think I've used a regular (i.e. non-electric) can opener in years

Ellie Mae is a sweetie!