Okay, the joke has run it's course! 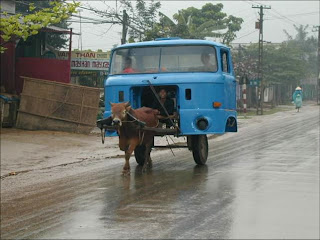 Okay this is one way to stay out of the weather and save fuel too!


Okay you guys up there, sometimes y’all can carry a joke too far. Freezing in Florida. Huh uh, ain’t ‘posed to. Take this stuff back up there. Fun is Fun, but stop it all ready!!!!
Hey, it looks like I may have some books out in time to get a comment or two, to include in ‘Gracefully Grasping for Dignity’. But it will be close.
I want to get this non –fiction book out as soon as possible.
I feel strongly about this book and every horror story I hear about seniors makes it seem more important. Shirl just e-mailed me about a long time friend in her 80’s, independent and well educated. She made ZERO plans for her demise. She had only one living relative, and she had not informed him of anything including her personal records. A dear friend is trying desperately to arrange the funeral, visitation, and the like. She is also checking to see how the funeral will be paid, etc.
I think I asked here on the Blog, if you hide money or important papers. You would be amazed that over half of seniors hide money and much of it is never found by the heirs or relatives.
Billions of dollars annually are lost, because insurance is not claimed. There are some insurance people who read the Obits and keep up with the families of the insured to make sure ‘their’ policies are paid off.
There are others, due to a long dormant periods, that never get claimed. WE have a couple policies, $250 & $500, paid up life. (remember the dime policies?) They have been paid up for 25 years, they insure our children, so they could lay dormant for another 30 to 40 years. WE are leaving instructions for them, the ins. Companies do not exist now, but the policies are still good.
Just talking……
Nite Shipslog
PS:
http://oldfortyfives.com/DYRT.htm

Statler Brothers singing Ah Do you Remember These. Funny when a song about antiques becomes an antique or classic itselff, huh?

LOUISIANA’s time . . .
A senior at LSU was overheard saying . . . "When the end of the world comes, I hope to be in Louisiana."

When asked why, he replied he'd rather be in Louisiana because………….


everything happens in Louisiana 20 years later than in the rest of the civilized world.
Posted by jack69 at 12:47 PM

it took me a year almost to find my mothers will. It wasn't where she said it was. After I tracked down the attorney I got a copy of it. After that I was moving furniture and found her copy. In the back of the bottom drawer of her desk. I thought I had checked there but evidently not! Lindie

I think I told you about my neighbors putting
money in books and I was the only one that knew.
I told the family. She had also burried a key in
the yard we found accidently and she was a
lawyers secretary and then worked for Superior
Court Judges. She even typed one of our wills.
I hope the book helps the seniors.

That picture is so funny but poor animal.

I hope that is not how You and Sherry get around in your RV...ha. Would save a lot of money in diesel fuel. Stay warm, (I shouldn't have to say that to someone in the middle of Florida)Sheila

I don't hide things, but I do the banking business and its all online with passwords; I told my hubby this year where I have everything written down; hope he remembers it! (Maybe I better write it down and give it to him)

put me down for this book too; when it comes, just send it to me and I'll send you a check :)

hope it warms up there

(no I'm not bragging)

No one need search our house cause there is no money and won't be. My dad kept a funeraL STASH FOR HIM AND MOMS BURIAL EXPENSES. He never told us where the money was but he would go check on it every so often after mom passed on and we watched. It was what he could eek out of his old age pension checks. With a donated suit by Marty's dad, shirt and tie he went to rest looking very handsome. He was 97. I sent you a e-mail. Hope you get it. Lucy