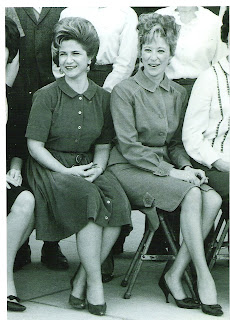 Shirl back when she started earning her fortune. Shirl, with Jim, he insisted she save the fortune. Notice of poverty. (bad word) (another bad word) I called the bank there is less than a million left. I guess I am headed for the poor house. I was so depending on that inheritance. Well at least she will let me live in her back yard pretty cheap. Sometimes she furnishes meals. Wish Woody had volunteered the weapon sooner! LOL

SHHHHHHHHH We are being forced to move in the middle of the night, since we do not have the interest off the Money Market account. I am leaving an IOU with Shirl’s name attached. I hate to leave without saying goodbye. They were having coffee and doughnuts in the morning also. Well we cannot have everything, it seems.

Today is mail call. We will park the Motor home and set it up. Jump in the van and drive the 30-35 miles to pick up our mail. WE should have the first shipment of Gracefully Grasping for Dignity. You get used to getting mail every couple weeks. I was broke into that in the Navy, the Mail plane was weekly sometimes even on an aircraft carrier while we were at sea. I felt more for the guys on the (smaller ships) destroyers, APA’s etc that did not have a mail plane. Some time we would string a line between ships and high line their mail over, or if they had a helo pad our helo would carry it over. Mail is the heart of the military moral. Mail from home or especially from that girl was sometimes a God sent. She & I used to send extra secret stuff under the stamp. Sometimes she would dab her perfume on the envelope. Always on the back was SWAK (Sealed with a kiss).
If we were close to a port sometimes we would drop the Captain’s Gig in the water and the Coxswain and a bosan’s mate and sometimes an SP would go get the mail, IF it had been dropped off at the port. But mail is a priority.
Communications now are amazing for us who have went through all the phases, from ‘Number Please’, to the ‘text messages’ (which we do not use yet). The cell towers along the interstates to keep the phone in contact. Now we have the ‘CARD’, it receives the cell signal and attaches to our router, which in turn feeds Sherry and my computers. We stay in pretty close contact. We read our local paper, mainly for the obituaries. Do you read the obits?
Today we got the bad news via the obits, a neighbor, Joe Bishop passed away. I will miss him. He was a good neighbor.
Lot of bad news from home, makes you think, maybe we should……….
Nah, we will give it another day.
Nite ShipsLog
PS:

I LOVE COOKING WITH WINESometimes I even put it in the food.
When you work here,you can name your own salary. I named mine, "Fred".
Money isn't everything,but it sure keeps me in touch.
LOL
Posted by jack69 at 4:22 PM

Jack you should have posted Shirl's pic from today after the shopping spree...we both look just stunning after our stop at Cover Girl and getting Botox... Wrinkles Be gone!! :)

(Love the pics...Shirl is so pretty)

Be sure to let us know when Gracefully Grasping for Dignity is available to buy....

So sorry to hear about your neighbors passing...keeping his family in my prayers... May he Rest in Peace

I do read the obits when I buy the paper..or someone has a paper at work...I would love to get the paper delivered daily but it's too darn expensive...and I believe our newspaper online you still have to subscribe and pay a certain amount a month...I could be wrong.. Mom knows all about it...

Yes I read the obits, I have a few relatives in the area. But I know there are some here I do not know, so I check for last names of ones that might be related. Sorry to hear about your neighbors passing. Take care, Sheila
Shirl, try to save him a dollar or two...

I cannot believe you have displayed my pictures. It is hard to believe I went from 21 to 73 so fast. Now I read the obit to see if I am there. Glad Woody didn't volunteer the weapon earlier. I may have been up in the papers. Terri if I turn us missing make a copy of what Woody said and Jack's comments. Then they could find me fast before I started smelling and the botox be gone. I want to look good when they put me away. HA HA HEEEEEEEEEE

Brother you are still getting what money is left after Terri and my great shopping spree. NY was wonderful. Don't fret. HEE HEE

I read the obits too... roomie yells at me for it tho...she says "you're not OLD enough to be reading that s*** yet"

who says you have to be old for that???

LOL@ Shirl wanting them to find her before she stars smelling and the botox be gone...

HAHAHAHAHA....oh what fun we had!

Jack I do believe there is a little of your inheritance left...I am so happy we saved you some...

What did you say?

Your going to throw a welcome home party for Shirl and I with your leftover funds??

Can't wait for the party

Yes I read the obits in our paper on Wednesday and online several times a week for San Antonio.

I love the pictures and it would have been nice if you had a picture of Shirl & Terri after their shopping spree and spending hours in the salon getting pampered and getting botox. I have to admit they did do their part in saving some of your inheritance by washing dishes for that $1,000 plate meal they ate. I was afraid with Woody living in NY he might take matters in his own hands and go in search of them and send them back home in handcuffs escorted by the US Marshall. So I breathed a sigh of relief when I heard they were back home safely and you still had almost a million bucks left. But I hadn't heard that you were throwing them a welcome home party with the funds left over. What are you serving them, Humble Pie and a little bit of WHINE? HAHA!

I'm sure it does get lonely and you get homesick when you're out serving your country and away from family for so long.

We used to get the weekend paper but canceled it in December. We used to be able to read the paper online but they got greedy and now you have to pay to read any of it. Now the paper that comes out once a week where Gary grew up we can still read a few articles and read the obits from it online. There is a local news website that has obits for the funeral homes in the nearest town to us but the funeral home from my hometown isn't one of them. Dad gets the daily paper mainly for the obits and lets me know when he sees someone we know in it.

My deepest sympathy to you and your friends family for the lose of your friend. May he Rest In Peace.

Jack, I do want the book Gracefully Grasping with Dignity. We do not take a paper so no obits. The first place I used to look to see if my name was in there. Shirl is a very pretty lady, doesn't look a thing like you. Lol I have known poverty, poor, tough from pay day to pay day, but I learned more than anything about nursing homes, and the treatment of people in nursing homes and , yes, death but I still have a lot to ,learn. How much time??? who knows. Lucy