Nobody owns a Cat… 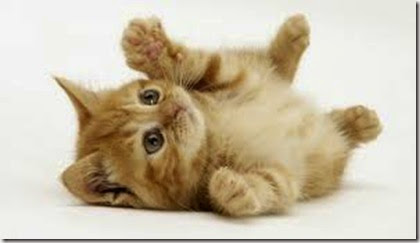 (But not many animals photograph better)

That is what my daddy said. My cat was Tom. I loved Tom. I played with Tom until I was 4.  We also had a dog, Bingo (mixed Fiest or something), I played with her also during the same time. Tom fed himself with mice and bugs, mama would always feed both with table scraps. In the summer, before screens were on windows, I sat in a bedroom window once looking down, I was watching Tom play with a mouse for a long time before he took the mouse in his mouth and went under the house.  As I grew up and heard about the cat and mouse game, I knew exactly what it was. 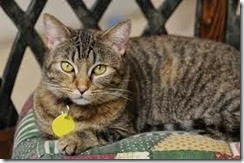 (My Tom(I thought he was mine) was just a cat, Grey sorta white stripes no particular markings)

When we moved about 35 miles away and unpacked and I let Tom and Bingo loose, Tom didn’t say doodle, nosed around and walked into the sage brush field beside the house and that was the last I saw of him at that house.  Weeks later we found out he was back at our old house. I asked daddy when we were going to go get Tom, he said you can visit him sometime when we go to see family there, but Tom doesn’t want to live here, nobody owns a cat son, they are too independent. 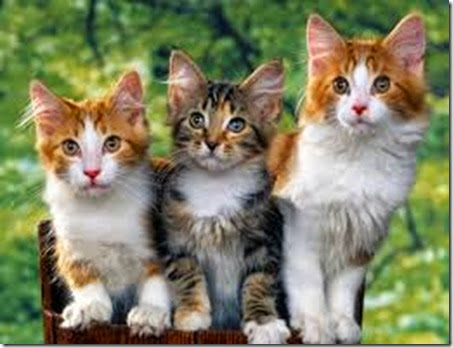 I said all that to ask if you read about the Siamese cat that had two families. Neither family knew about the other. He was Cleo at one house and Ming at the other.  The families now know, and they are going to try to share the cat, ha!  if that were possible.  If Ming/Cleo wants to be Tang at another house, He will be. 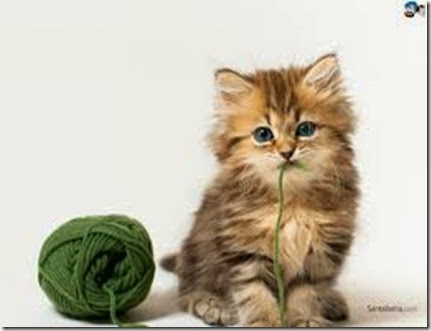 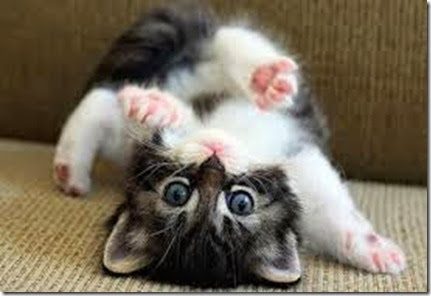 Jimmy lost his dear Possum S Hemmingway but I see he is getting along with Samantha his new cat pretty well. The cat is even doing movies now. Paula shares an area for the neighbors cats to come and do their maternity  leave. Susie, the cat that John and Paula lives with, evidently just ignores the interlopers. 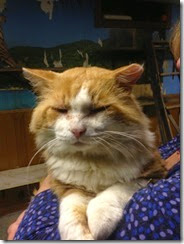 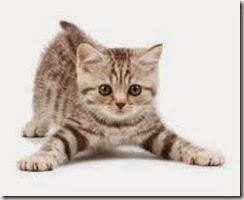 Mel ( of, Honey I’m Home, fame) tried a cat for awhile not sure how that worked.  Then there is Miss Kitty, she seems to be happy ruling the roost up in the Blue Ridge with the Boomer (as long as she wants to). 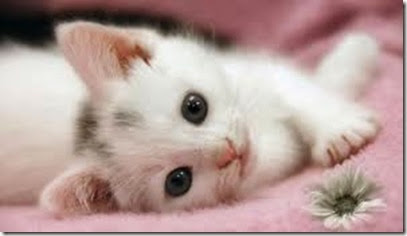 I know you have them, but do you know what they do while you sleep? Cats cannot be trusted. 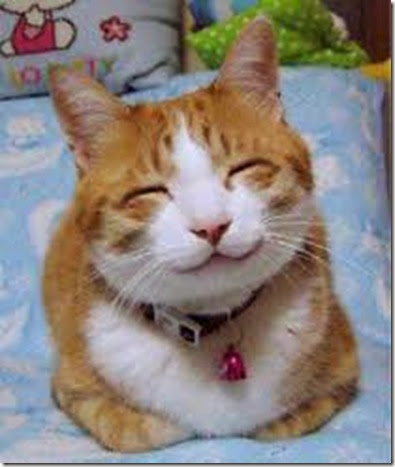 I am blind by birth. When I was 8 years old, I wanted to play baseball. I asked my father- "Dad, can I play baseball?" He said "You'll never know until you try." When I was a teenager, I asked him, - "Dad can I become a surgeon?". He replied "Son, you'll never know until you try." Today after my own successful sight restoration surgery, I am a surgeon, just because I tried! 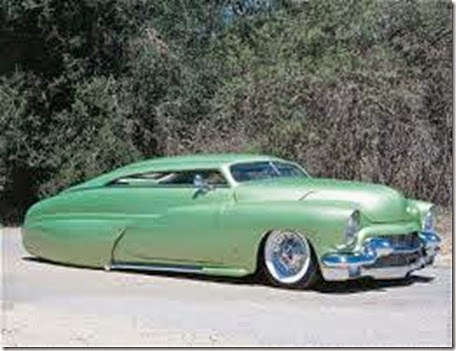 I am thinking this must be a ‘51-52  CAddy customized… (but it could be another Merc, they dressed those up every way!)

You are so right about cats, they do have a mind of their own! I have never seen a car like that, wow!

Misskitty does rule the roost up here in the high country....Have a new barn quilt with the fur babies...it will be tomorrow's blog....

I'm so highly allergic to cats.

That car is a beauty. I've never seen one like that before.

Hugs to my favorite couple

This is why we leave our bedroom door closed at night...never ever trust a cat!!! lol Especially Po-boi's Stella LOL

I used to have both cats and dogs but no longer do. Cats are the more independent of the two. It is always nice to see and hear about others pets and Miss Kitty is a favorite of mine. Overcast here today and thankfully not so hot. Maybe we'll even get some rain. Hope you all have a terrific Tuesday!

You've got those cats pegged to a tee. Don't you think you and Sherry need one to travel with you? You could do the litter box detail at every stop. You, not Sherry.

I have always heard the cats don't
want to be owned by anyone. That is strange that they are independent. I do remember the cat going back to the old house.

I have several that live on my
street if you want one. All colors, any size but not as pretty and sweet as the ones on this blog.

I keep threatening Koda if anything happens to him, we are getting a cat. Never owned one, but I do hear they are independent and not so needy as dogs. I would not want them though to bring their "road kill" inside to show me though.

Want to hear something gross? My sister is a forensic psychologist. When she goes on cases - and someone has died - the cat eats the person and if the person has a dog - they lie down next to the person and die. You can delete this if you want - just FYI! And I think cats are cute.

Kittens are adorable, yes! I once had one for, um ... I think 4 hours. That was before my parents arrived home - lol!

Probably because they are so independent, I don't much care for the feline persuasion. Me, I've got this crazy need to count noses every so often, making sure all my peeps are present and accounted for and want to cuddle on command.

PS - Like the Siamese, Cleo/Ming, it sounds as if those families have a timeshare cat!

Cats definitely rule the roost. I love their independence. That is a cute story about Ming/Cleo.

Thanks for remembering Possum, my friend. He was a good soul and I miss him. Sam's doing well, but I've got to learn not to compare her with Possum.

They remind me of women. No matter what you say or do, deep down you know they're going to do what they damn well please. I guess that's what attracts me to them.